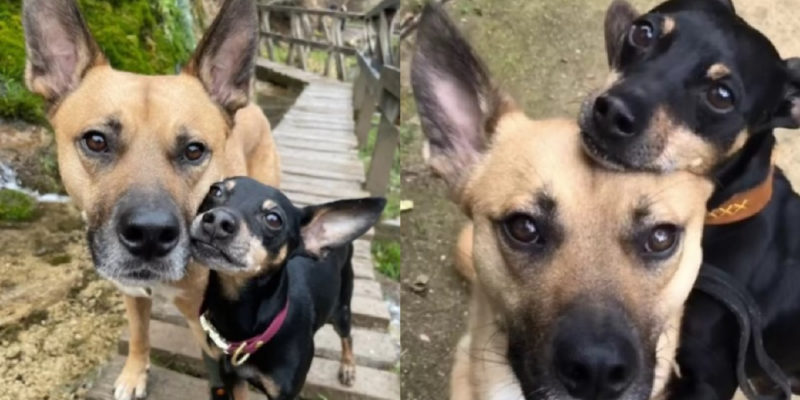 In Greece, the inhabitants of a village found an adorable puppy on the side of the road. They named him Mateo. 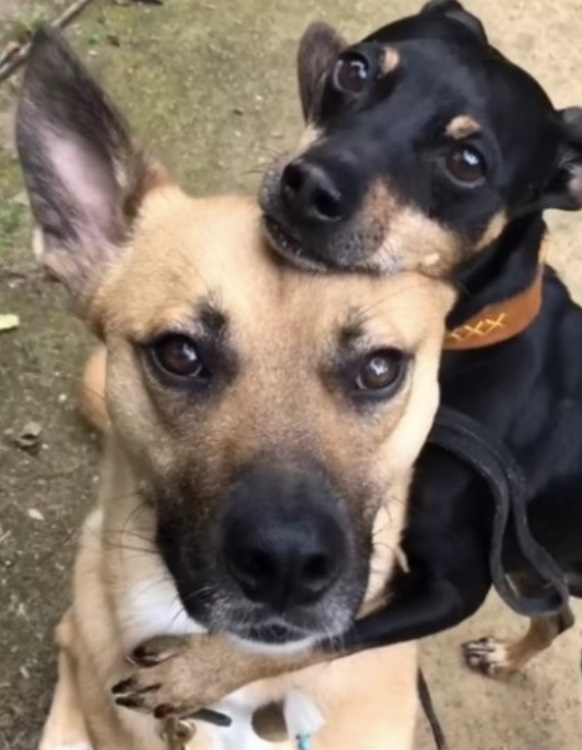 He was lying in a pile of garbage with his sister, and he was missing one paw.

At first, rescuers thought it was a birth defect. However, upon close examination, it was clear that the leg had been torn. 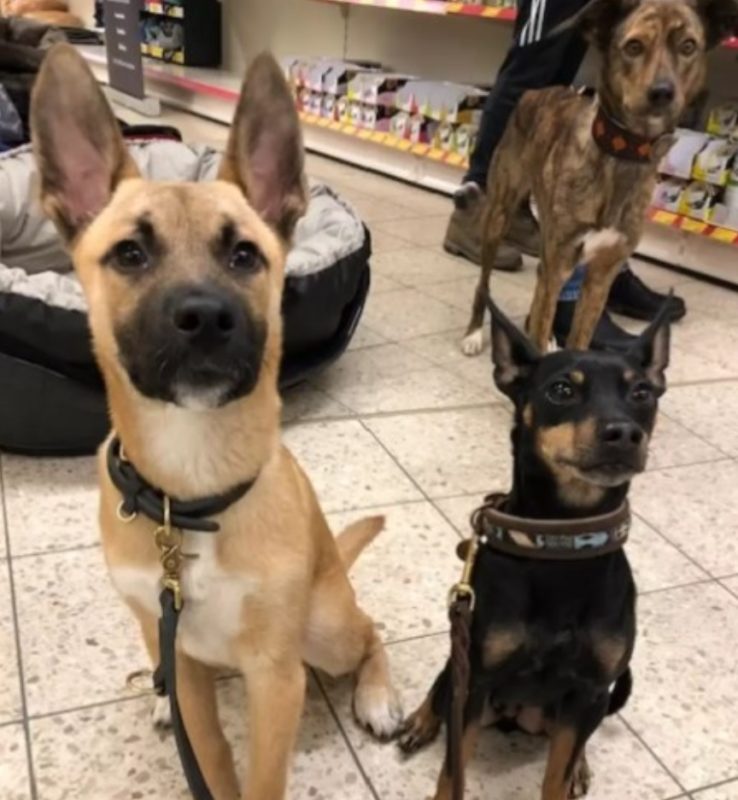 The puppy was sent to Germany to receive the necessary medical care. Veronica Pinscht saw him for the first time there. She fell in love with the puppy at first sight.

Although she already had two dogs at home, this did not stop her. She knew that a dog with special needs needed constant care. 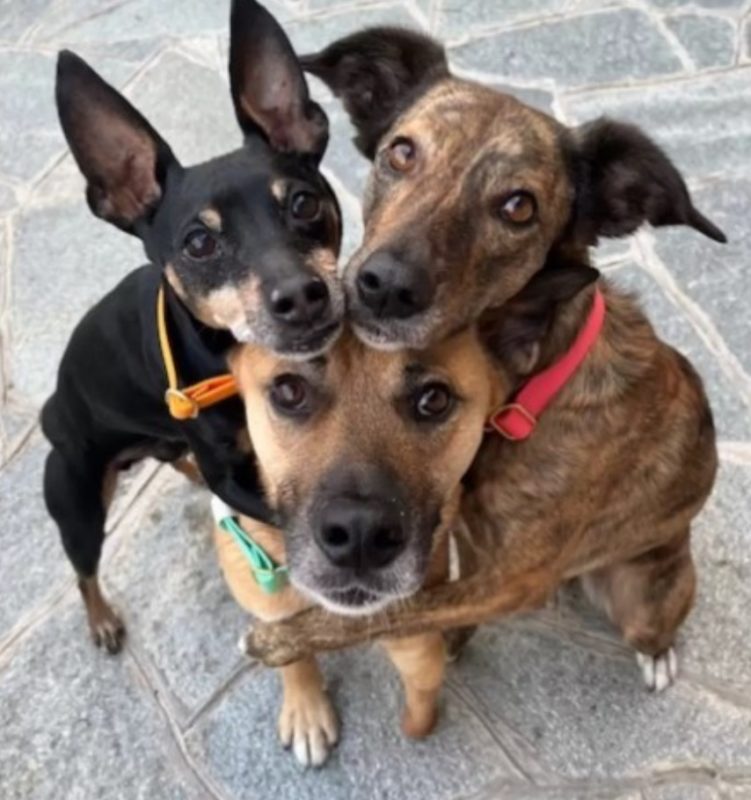 Veronica took the puppy home and introduced him to Rana and Mojo, her other dogs.

These dogs also had a difficult past, so they quickly became friends with Mateo. From the very beginning of their acquaintance and until now, these three are inseparable and take care of each other.

When Mateo was 6 months old, he was given a prosthesis. Mojo helped him develop the right gait. During the first walk, he insisted on joining Mateo and Veronica.

Pinscht decided to include Mojo in the training. She showed him how to hold Mateo’s leash in his mouth and walk beside him. 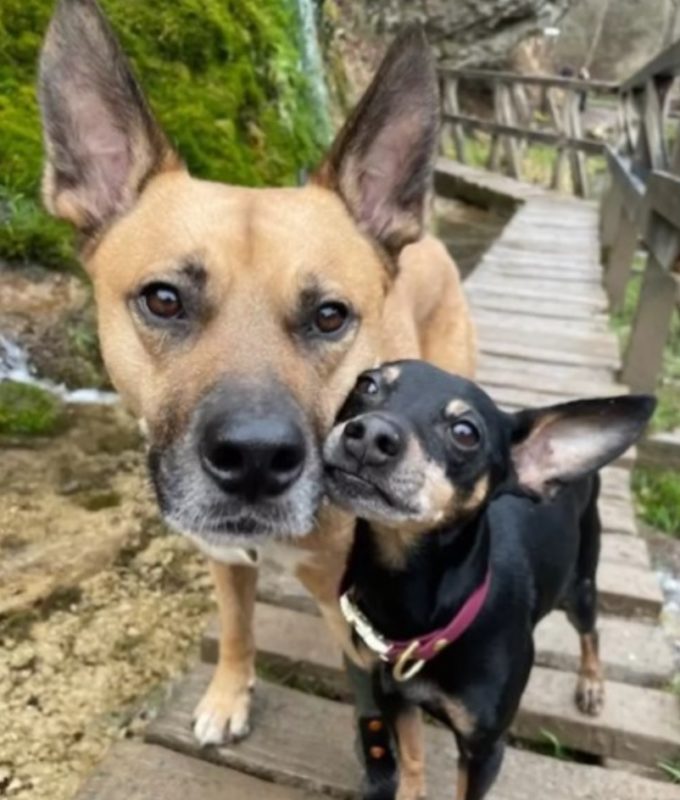 Mojo was happy to help his little brother.

Since then, not a single learning walk of Veronica and Mateo has passed without Mojo. Also, Mojo hugs Mateo every time after a walk. Thus showing that he is proud of his little brother’s success.