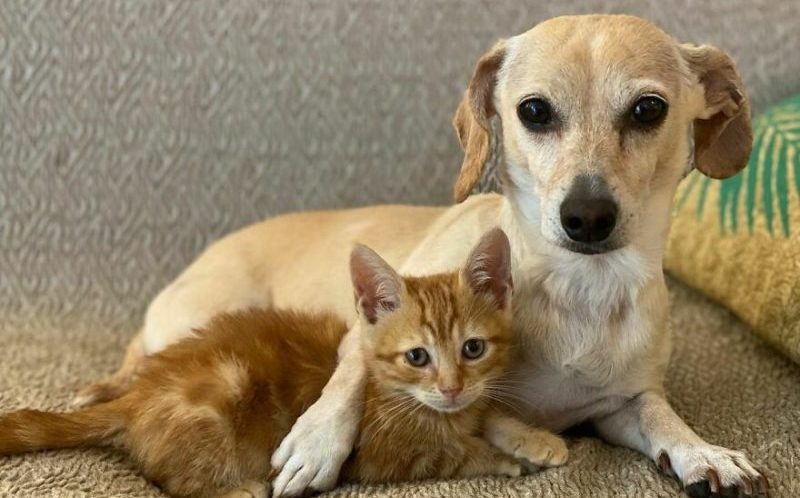 But sometimes their pets come to the rescue. And so it happened with a woman from New York. Over the years, she has given new life to almost two hundred kittens.

And all this time, her faithful assistant was a dog named Kona, who became a caring nanny for fluffy kids. 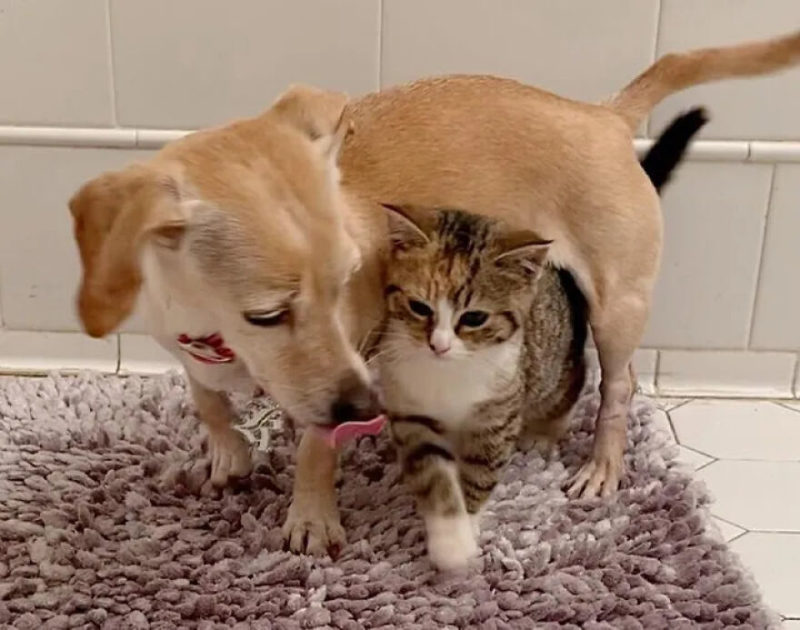 When the owner began to bring home small kittens, the dog showed interest in new residents of the apartment, and soon took on the role of a nanny.

Kona helps babies feel safe when they are in an unfamiliar environment.

Now the dog is taking care of two three-month-old kittens, Chester and Blair, whom Asa found on the street.

The animals were very scared and had no contact with people, so they were afraid of the woman.

But they immediately became attached to Kona.

And soon the fluffy kids trusted the new owner – they allowed her to pet them, began to play with her and fall asleep next to her. 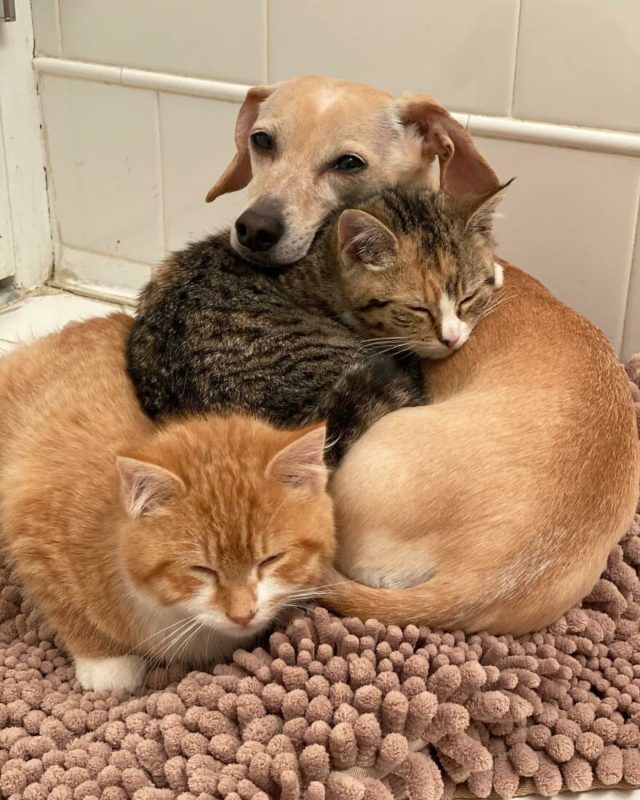 And in this way, Kona affected many animals that her owner brought into the house.

But the most difficult stage of rescuing the kittens for Asa and her pet is parting. 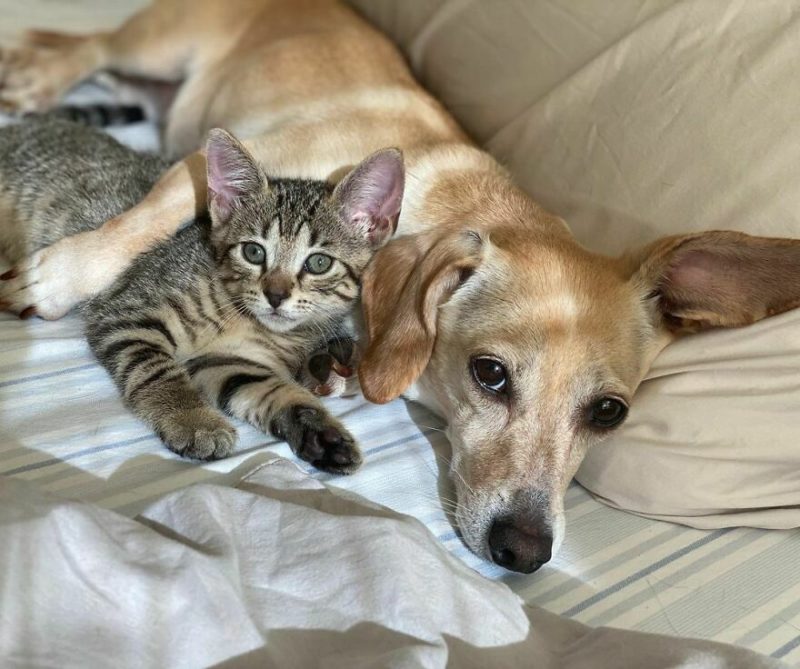 After all, the woman gives the grown-up cats to new families.

Her job is simply to help the little ones adjust to life in the home and find them a loving family.

Blind and lonely bison is ignored by all the animals at the farm for many years, but then she meets Oliver
Animals
0 319