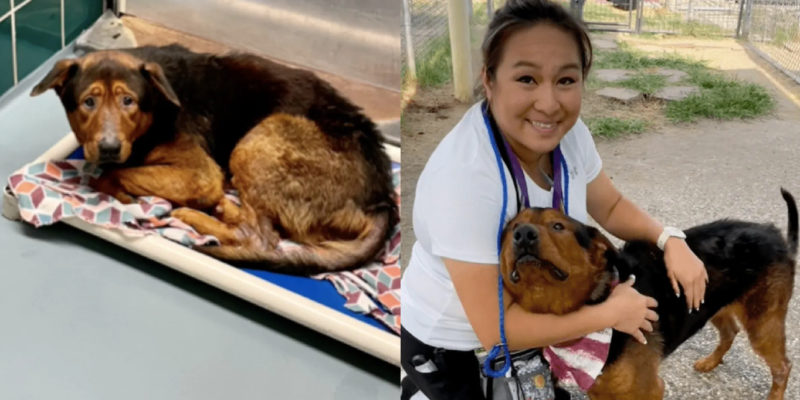 The 11-year-old dog was unlucky – he ended up in one of those city shelters where animals are euthanized.

This is done in several cases: if the ward needs treatment, but there is no foundation or philanthropists willing to cover the costs, and if after a long time there is no person ready to take the animal home. 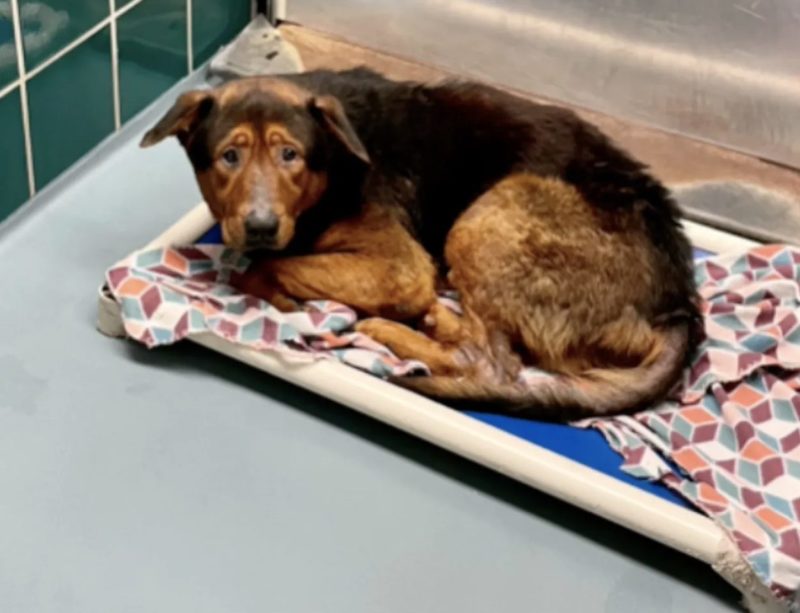 Older dogs are one such “doomed” category. Visitors to shelters are increasingly choosing younger pets, puppies or kittens, and do not pay attention to older dogs.

Bear’s time is up, and the shelter has put him on the waiting list for euthanasia. It seemed that he reconciled himself – he lay for days doomedly looking at one point.

But fate, on the last day of his life, sent Madeleine Garvis, a volunteer at the BARC shelter in Houston, to the dog. Her task was to examine the animals from the city shelter and choose the animals that BARC would take under its care.

In this place, they fight for the lives of the wards until the last minute, and everyone is trying to find a new home, no matter how long it takes.

According to Madeline, she saw “one of the saddest dogs that have ever met on her way.” He lay without raising his head until the woman entered his crate.

There was something about this sad old dog that attracted the volunteer. She decided to walk him in the courtyard of the shelter and get to know him better.

“I decided to see how he behaves outside his crate,” Madelyn said on social media.

Once in the wild, Bear came to life. He, of course, was excited that he was being led somewhere, but he actively wagged his tail.

During a short walk, Madeline learned that this dog with a doomed look, it turns out, can merrily jump, smile and enjoy life.

He showed his upbringing, showed his new acquaintance the knowledge of several commands.

The volunteer learned from the shelter staff that the dog was in good health and decided to give it a chance. 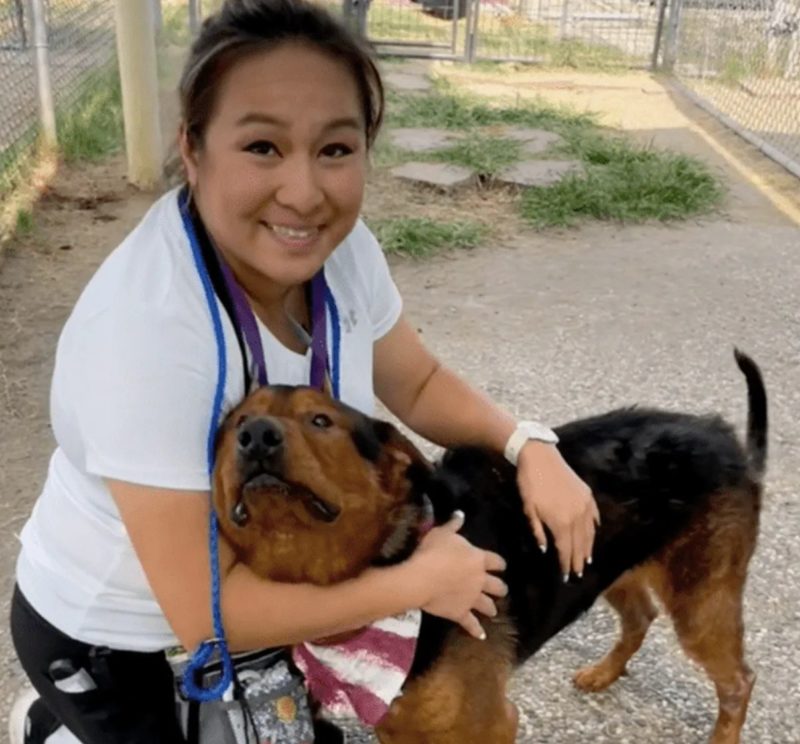 “We have so few opportunities to see how dogs behave on the street. After all, they are completely different. Bear is a prime example of this,” says Madeline.

This story has a happy ending: thanks to Bear’s inspiring transformation that struck Madeleine, the dog soon found a home and was saved from euthanasia just an hour before the procedure!

He could have been one of 28 animals scheduled to be euthanized that day.

“It is unbelievable how such a dog could make the list. He is just an amazing dog, calm and friendly. I am glad that he is doing well,” says Bear’s savior.