In his native St. Neots, Andy Grannel’s Siberian Huskies are already known to many.

The man has five of them – 12-year-old Amber, Topaz and Talon and 3-year-old Rocky and Vinnie. Residents of the city often see Andy walking with a whole crowd of pets along the street, but even if they stay at home, you can still watch the dogs – thanks to the holes that the caring owner cut out in the gate.

Andy got the idea to cut holes in the gate to look like Mickey Mouse’s head when he noticed that his dogs were sticking their snouts under the fence to see what was happening on the street. 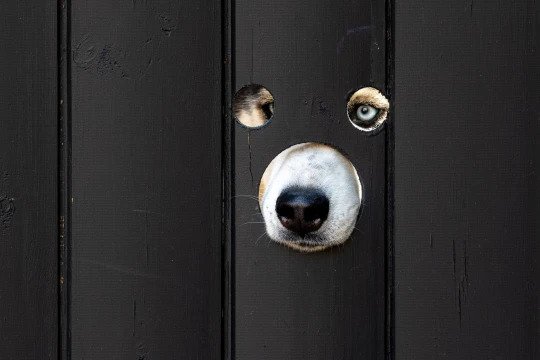 According to the man, his pets are distinguished by a very curious disposition.

He did not torment the huskies, who were bursting with the desire to keep an eye on their neighbors, and soon “observation posts” for four dogs appeared in the fence.

Only Amber remained on the sidelines – a deaf dog who never keeps up with the rest of the pets and does not hear sounds from the street.

As Andy told, his huskies love to interact with passers-by.

If someone showed up on the street, four noses immediately line up!

From the number of posts on Facebook from local residents, Andy realized that the townspeople liked the gate idea – photos with curious noses regularly appear on the network. 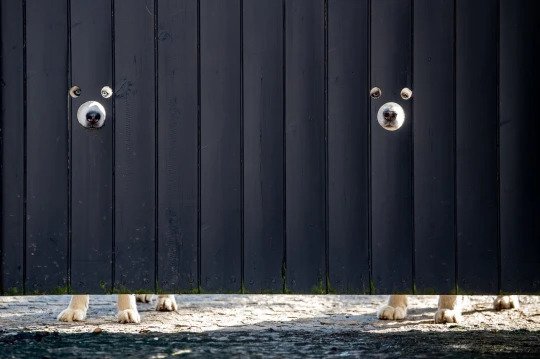 Seeing all four dogs at once is a special stroke of luck.

The rare sight was recently given to Jenny Polhill, who quickly caught the dogs on camera and shared a unique photo in the city’s Facebook group.

It turned out that few neighbors managed to catch the moment when all the “observation posts” were occupied at once. 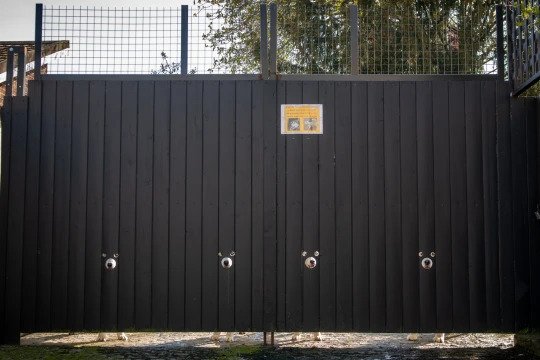 In the comments, residents wrote that they had been looking at the gate for several months in a row.

Sometimes they manage to “catch” one or two dogs, but other “Mickey Mouse faces” remain free.

And one person even said that his family had been waiting for such a photo for many years and thanked Jenny for sharing it.

The man decided to go for a ride around the world alone, but he found a stray cat and made her his companion
Animals
0 334