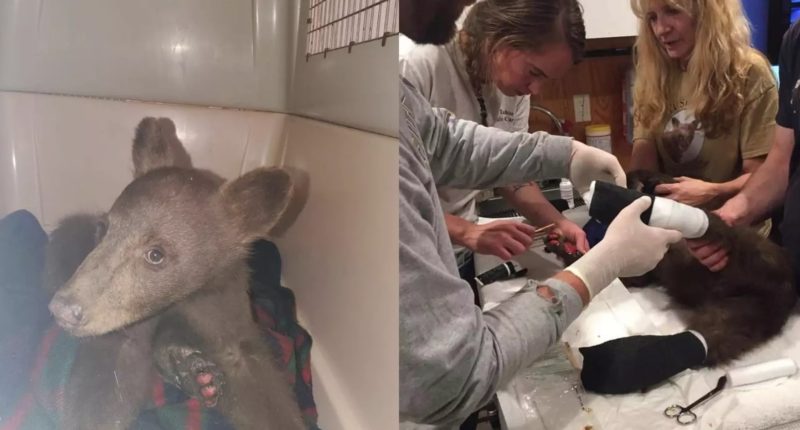 The residents of Markley Village (California, USA) found a tiny bear cub in the yard of one of the houses, which was limping a little. 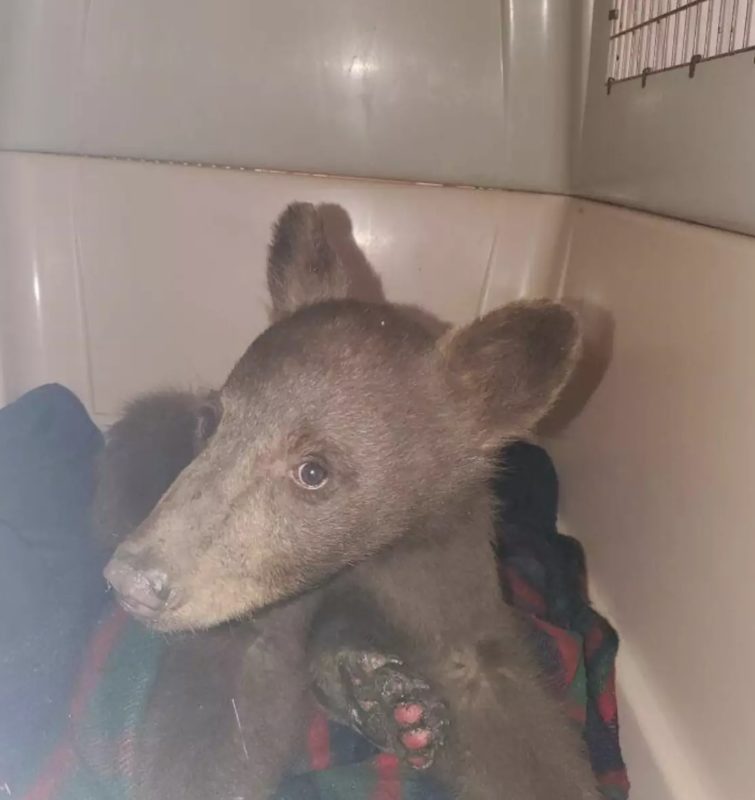 When people got closer, they noticed that all four paws of the animal were covered with severe burns.

The bear was burned in a fire due to a lightning strike.

The townspeople called representatives of a local non-profit organization involved in the rescue and rehabilitation of injured wild animals, but the bear cub managed to escape.

When the organization’s employees arrived at the scene, they had to look for the shaggy victim for some time.

“We found the cub, calmed it down, and then took it to Lake Tahoe Wildlife Care,” representatives of the organization wrote on Facebook.

The black bear cub, named Tamarack, was brought to the Lake Tahoe Wildlife Care Center for Wild Animals, where he was examined by veterinarians: he was given painkillers, washed wounds, healed and bandaged, writes the New York Post.

“Tamarack is stable and resting! He may be very scared, and even with the painkillers, he must be in pain. But we tried to make him as comfortable as possible. We are so grateful that we were able to keep him safe and give him a second chance at life!,” Lake Tahoe Wildlife Care employees said. 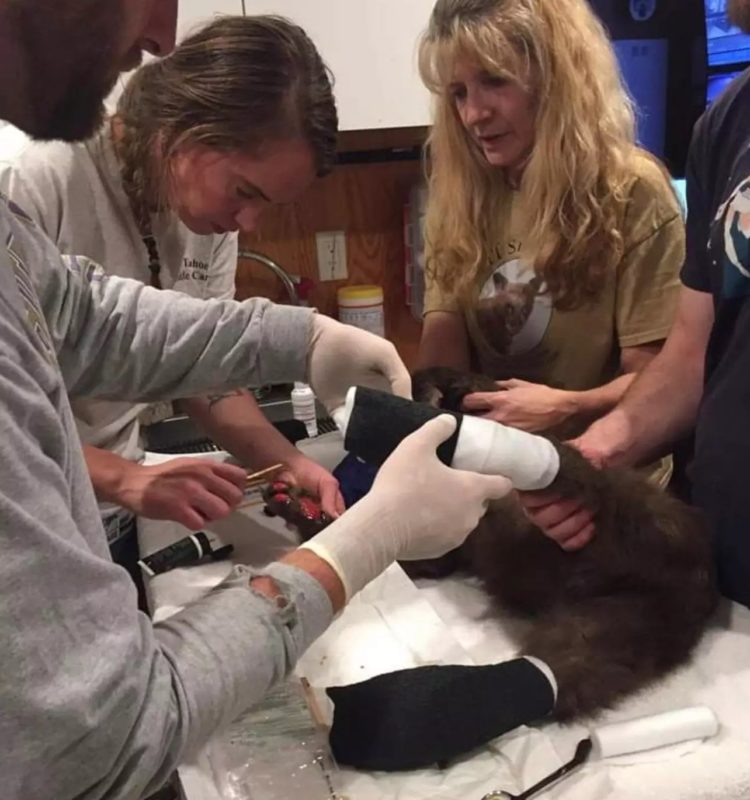 Once the cub is fully recovered, it will be released back into the wild.

Wild Animal Care Center workers hope that the rescuers, who were also called to the place where the residents of the city noticed the bear cub, will find his mother so that he can return to his family.

Interesting News 0 16
Siamese twins are very rare, but nature sometimes amazes us. In the small town

Marie, the kitten from Spain that looks like a panda, is thriving after being found in a box
Animals
0 218

69-year-old woman travelled around the world without spending a single penny: see how
Interesting News
0 114