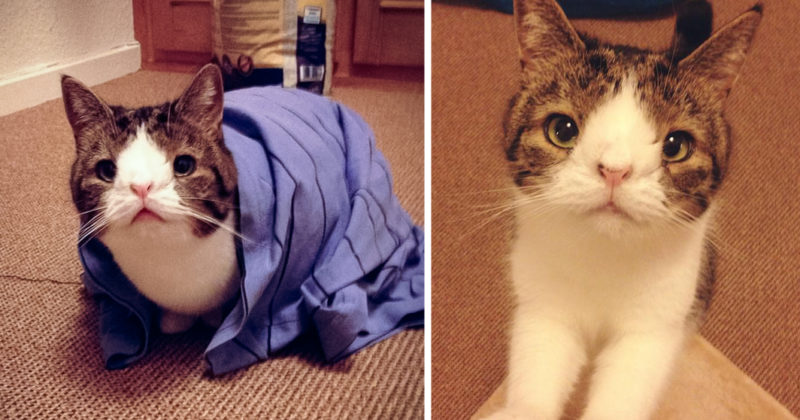 Sometimes a defect can be an advantage, or something abnormal can make one more attractive than something usual.

Meet this adorable cat, Monty, with a unique snout, which is due to an absence of a nasal bridge bone. 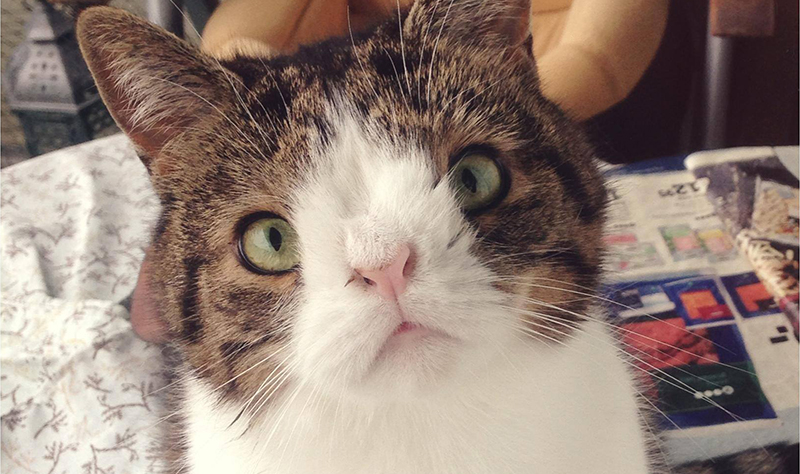 Monty lives with two other cats in Copenhagen. When his family wanted to adopt an animal from the shelter, they fell in love with Monty, who with his odd face and peaceful nature attracted them.

He was 3-year-old at that time. So, instead of being ignored because of his abnormal mug, he, vice versa, was loved at first sight. 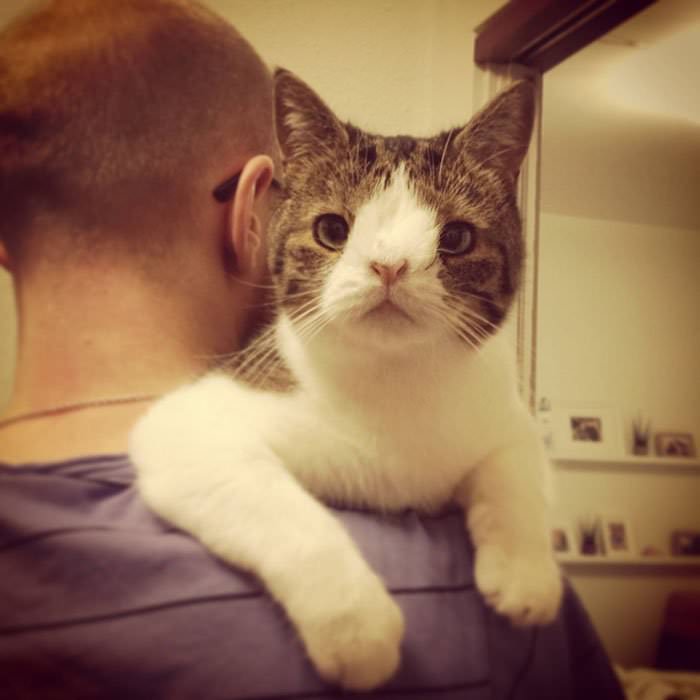 Unfortunately, Monty has some difficulties due to the defect he has, it’s breathing problems, which make him to sneeze very often.

Besides, he tends to urinate during his nap, and when he realized what he did, which was out of his power to solve the problem, he felt some discomfort and became shy.

But the owners was trying to help him encouraging him just to be calm and learn to live with it.

Monty is a peaceful cat, while he was at the shelter, when the other cats expressed aggressive behavior, he remained indifferent, he didn’t want to fight.

Monty is also a very brave soul, when he visits the vet, he’s not afraid of the medical procedures. 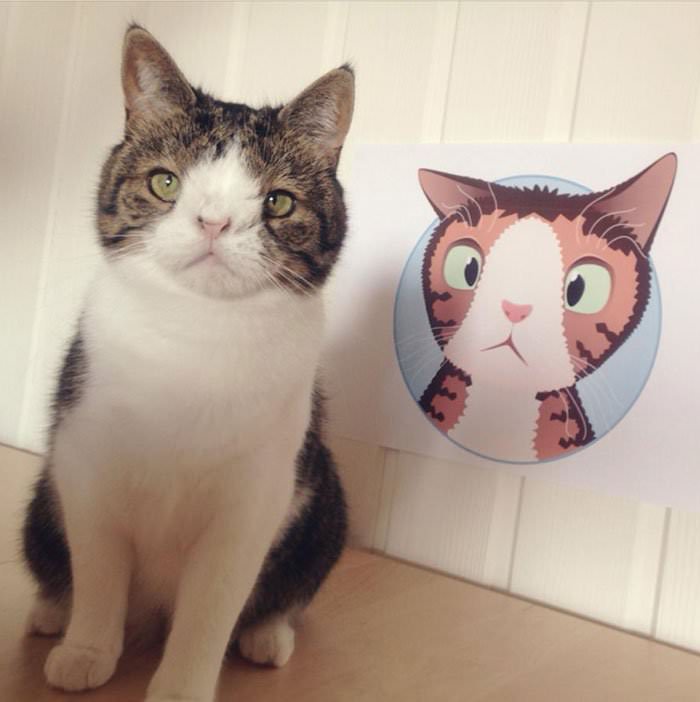 This adorable cat loves lying on the arms of his owner and to take nap.

Monty can be considered as an ambassador for those animals, who look different, who have unique face, as Monty, but it doesn’t mean that he can’t be as loved and fantastic, as those animals with usual face.

2-year-old dog has an incredible 12.2-inch nose which is considered the longest in the world
Interesting News
0 115