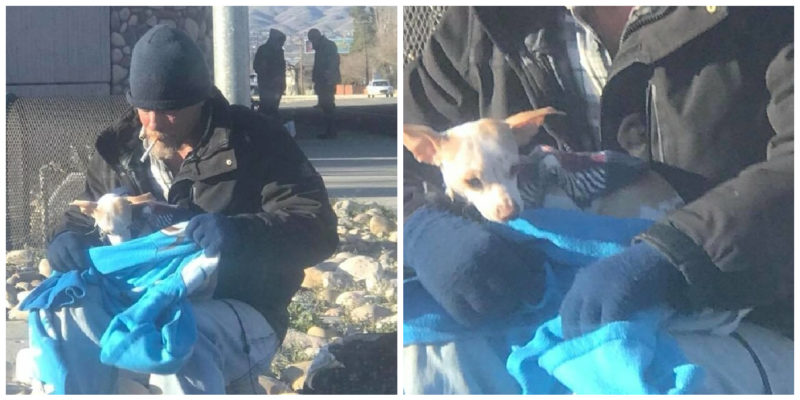 Salt Lake City resident Angel Janes was driving home when she noticed a man on the side of the highway next to a sign asking for money or a job.

The woman stopped to help the man and then saw that a small Chihuahua dog was sitting on his lap and the man was carefully trying to wrap it up in a blanket. 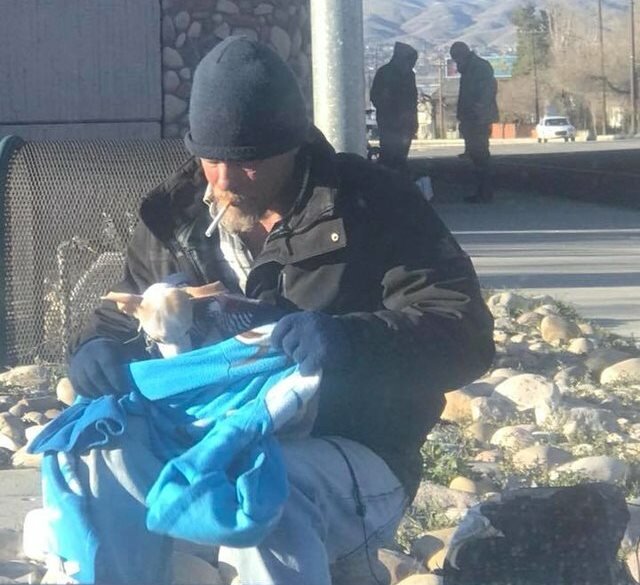 Angel gave the man cigarettes and after that he asked her if she could find a good home for this dog.

The man’s name is Ron and he is homeless. He saw a car brake near the roadside and a man threw this dog out of the car right onto the road.

Ron was afraid that the dog would fall under the wheels of cars and took it. 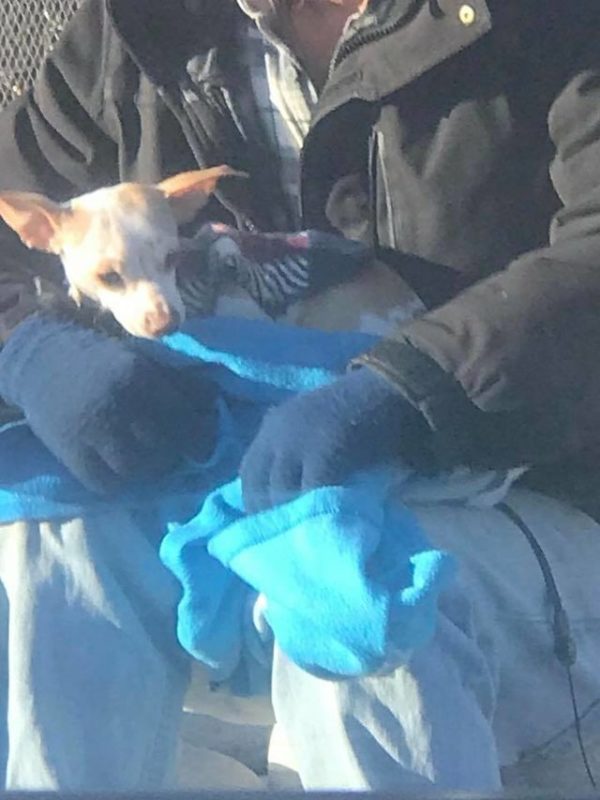 “I didn’t talk to him for long, but I was very touched by his noble deed,” says Angel. “He said that he didn’t want the dog to become as homeless as he did.”

Angel posted a story about Ron and the Chihuahua on her Facebook page, where it was seen by all her friends, including Kathleen Dallman.

“She found Ron and the dog and offered the man $ 50 in gratitude for saving the Chihuahua and keeping him safe. At first he refused to take the money. He said, “I just want to do the right thing for her”. But they insisted very much and then he took the money. Then he cried.”

Soon good owners were found for her. Chasity Guyer and her daughter took her in.

Kathleen Dallman couldn’t stop thinking about this man and she opened a fundraiser for him on the GoFundMe. 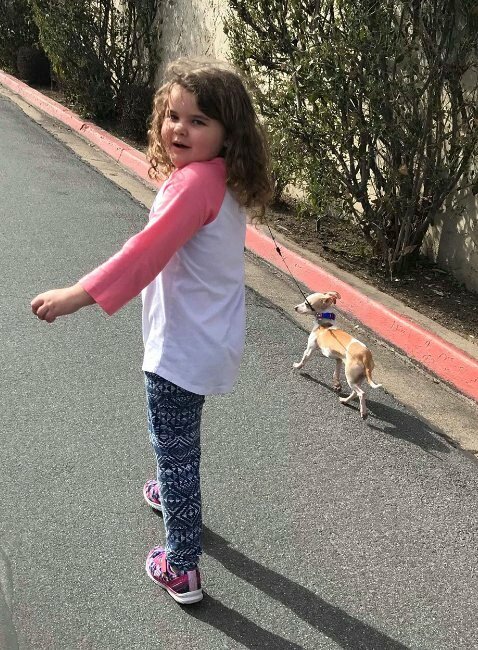 In a short time, they managed to collect over $ 400 and Kathleen brought them to Ron.

“When he saw the money, he cried again. He could not believe that society was helping him. When I gave him the money, he wanted to give some of it to help the Chihuahua. But I told him that she had everything she needed.” 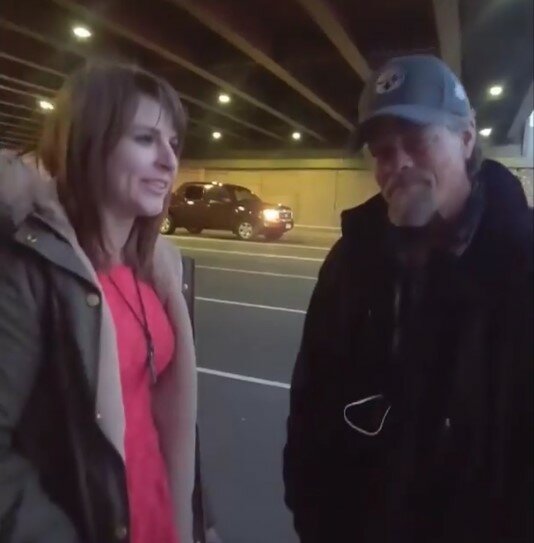 Then Ron told Kathleen his story of how he lost his job during these difficult times and is eager to find a permanent job again.

According to Ron, he wants to spend the money on a cell phone to call potential employers.