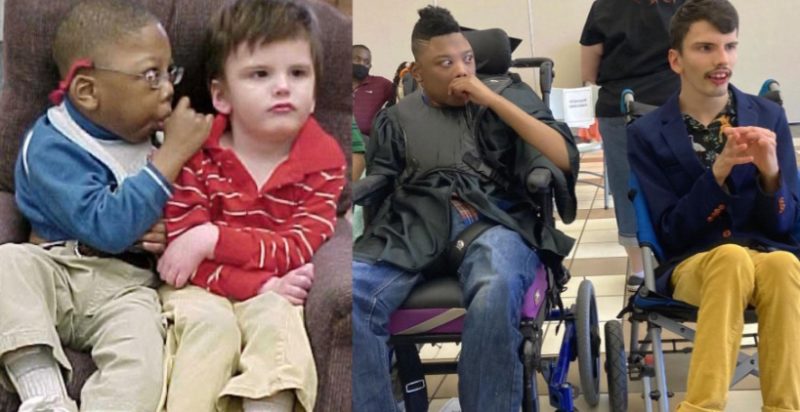 Tim Frost is the father of 18-year-old Odin from Texas, and he posted a touching snap on Reddit.

The photo quickly got more than 120 thousand likes and touched the hearts of people. 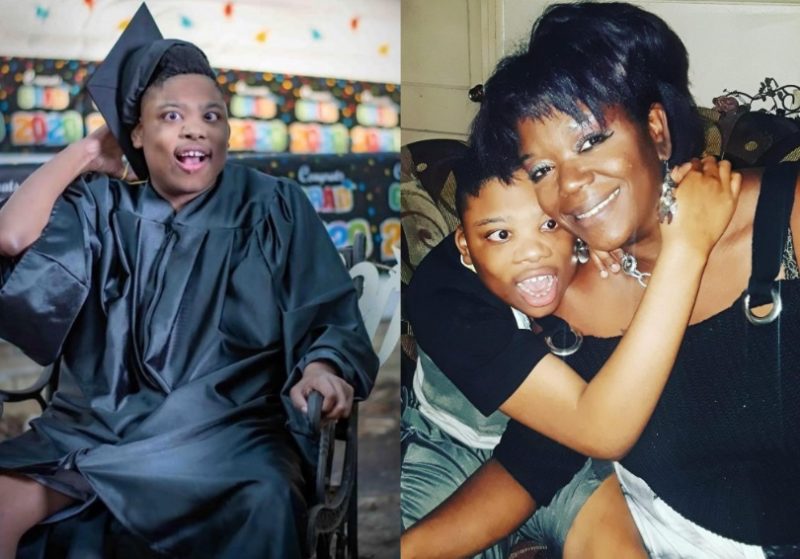 Pictured is Tim’s son Odin, along with his best friend Jordan Granberry. Both young people met fifteen years ago at a school for special children, successfully completed it and proved to everyone that there is a place for real miracles in the world.

The boys were ill from birth: Jordan was diagnosed with a congenital blood infection, and Odin was badly damaged due to complications during childbirth.

The parents were told that the chances of survival were very low. And if the children live to the age of seven, they will be deprived of the opportunity to move and talk. But the boys surprised everyone.

Three-year-old Odin and Jordan met on their first day at school and immediately liked each other.

Although both suffered from autism and could not communicate, they still managed to establish contact, which grew into a real strong friendship. Odin always protected Jordan, who also responded with care.

Perhaps it was mutual assistance that helped the boys achieve unprecedented success.

Jordan and Odin were able to finish school and even go up on stage for the long-awaited diplomas. Parents captured this important and touching moment, and later found that the picture almost exactly repeats the old childhood photo.

Odin’s dad Tim, after much deliberation, decided to publish the picture online.

Tim said that at first he was afraid of people’s reaction and expected malicious comments, because adults often judge, and children point fingers and point out flaws. 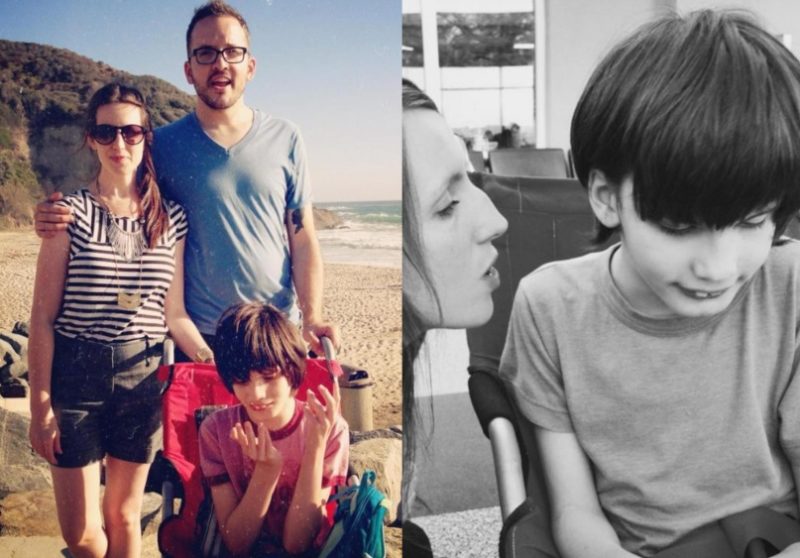 The man was ready to stand up for the boys, but he realized that this would not be required. The photo got a lot of likes, a huge number of kind comments appeared under it.

The strangers wished Jordan and Odin good luck and health, congratulated them. Tim and his wife read the comments and could not restrain their emotions from the kindness of strangers.

Big dog decided to take care of the abandoned kitten and despite the difference in size, he has become an ideal nanny
Animals
0 297