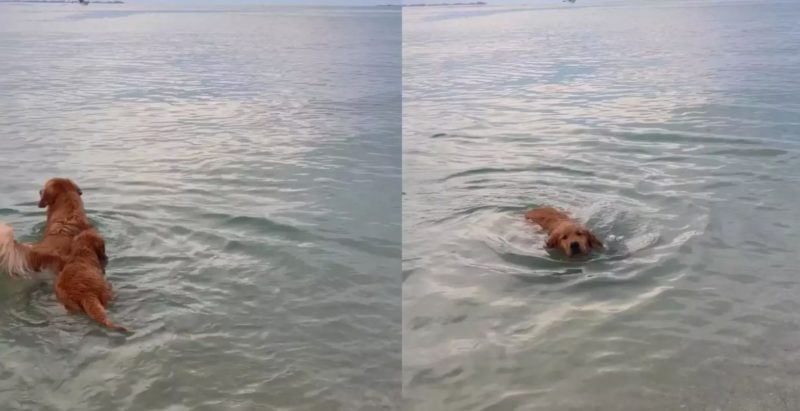 Many dogs, seeing a lake, sea or a small pond for the first time in their life, immediately rush into it and start swimming like a pro. 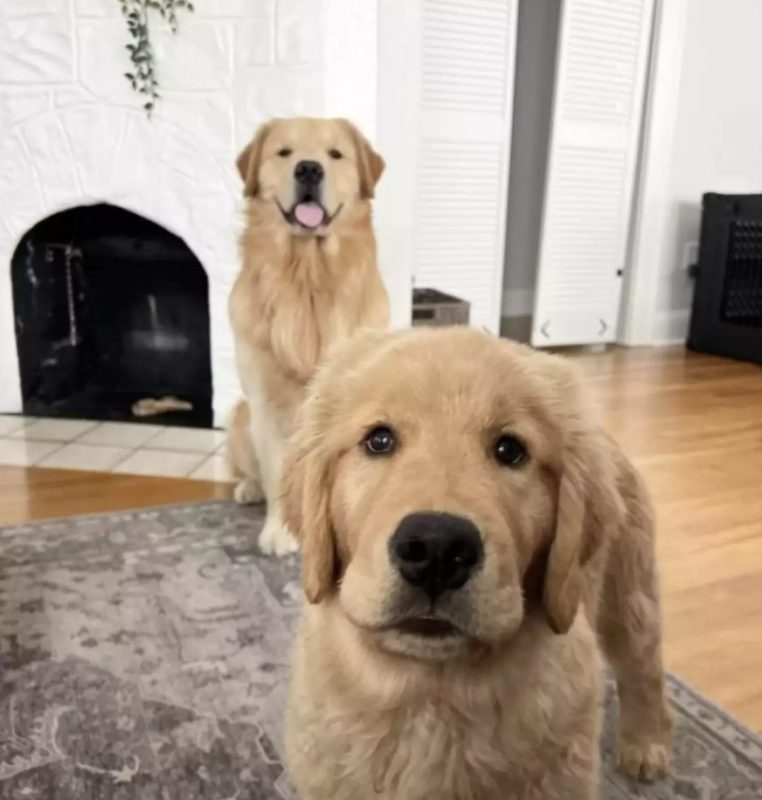 But some are afraid of water and sometimes do not even want to wet their paws in this strange thing.

A puppy named Jeffrey was also afraid to approach the water, but his older brother Kevin helped him overcome his fear and learn to swim.

When Jeffrey and Kevin, along with their owners and two shaggy buddies, went to the ocean, the puppy timidly walked along the beach, while the others splashed merrily in the water.

He wanted to join his friends and brother, but he was too afraid.

Then Kevin decided to help the baby. The dog showed Jeffrey that there was nothing wrong with the water, and he believed the adult dog.

“When Jeffrey saw how Kevin confidently threw himself into the water, he realized that it was not scary. The next thing I remember is that Jeffrey is swimming next to Kevin, chasing a tennis ball. It was so nice to see it,” – Elysse Gorney, owner of Jeffrey and Kevin, said.

The puppy quickly got a taste and began to swim with great pleasure. 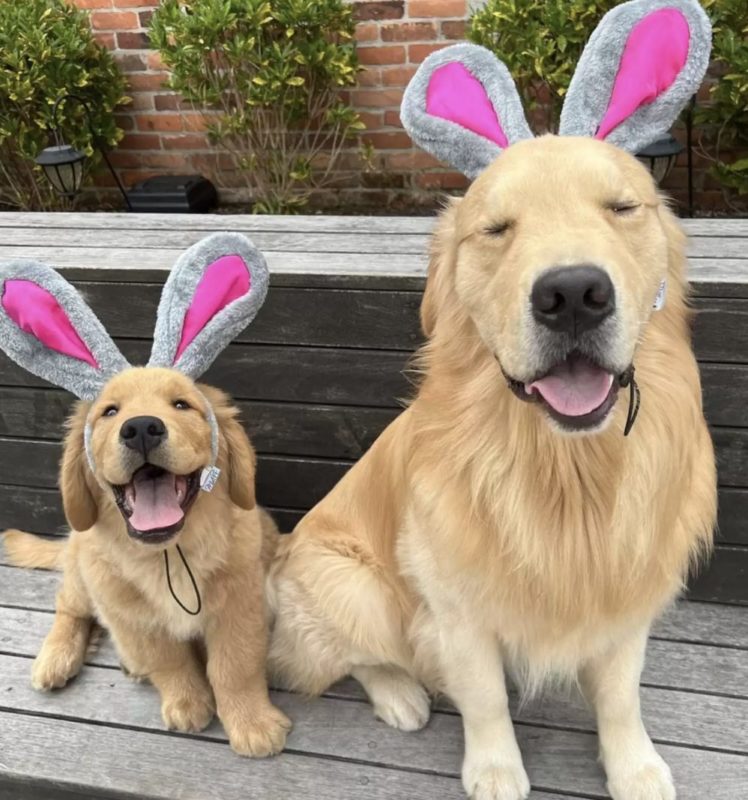 Now Jeffrey happily jumps into the water with his brother, and they recently attended a dog pool party where they had a great time.

“Jeffrey loved the water and became so funny and confident. He loves his brother Kevin very much, and Kevin loves him. When I see them play together, I feel so happy.”  Elysse said.

Meet the “cosmic” eyes: the blind cat from Canada became famous for the peculiarity of his appearance
Animals
0 168