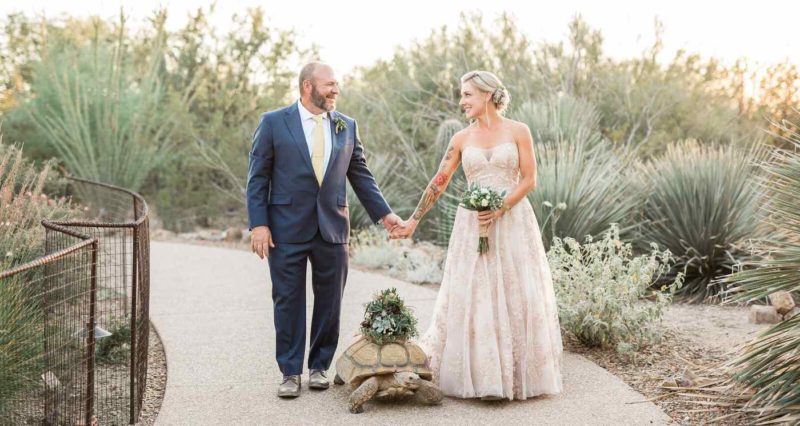 That is why they decided that their pet turtle Tom Shelleck should become the bearer of the rings at their wedding. 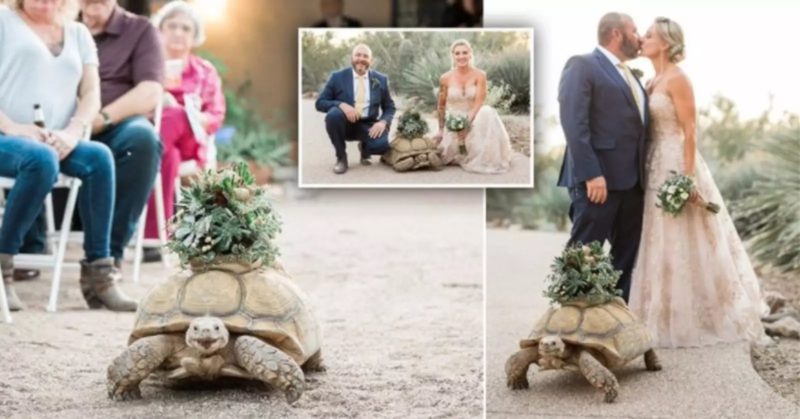 For Tom to walk down the aisle to the altar, the bride and groom scattered strawberries, which their pet loves very much.

“Tom mostly eats hay and other dry foods as he is adapted to life in the desert. But he also really likes strawberries, so we decided that this berry would be the best way to get him to walk down the aisle.” Ericka Johnson explained.

Despite the fact that Tom walked very slowly, he did an excellent job and safely carried the rings on a flower basket attached to his shell.

“The only thing we were worried about while Tom was walking down the aisle was that some of the girls had painted their toenails. We thought he would look at them and think they were fruits and maybe decide to bite them. But, fortunately, this did not happen. I think he did a great job, and we were very happy with how it went.” Ericka said.

All the guests were delighted with the slow but sweet bearer of the rings. And the day after the wedding they asked Ericka to show photos of Tom, who won their hearts, as soon as possible.