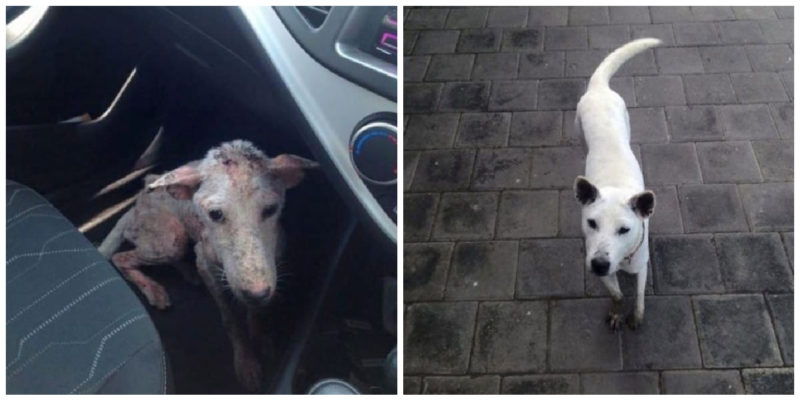 The appearance of this homeless dog spoke for itself.

She wandered along the side of the road, barely moving her paws. 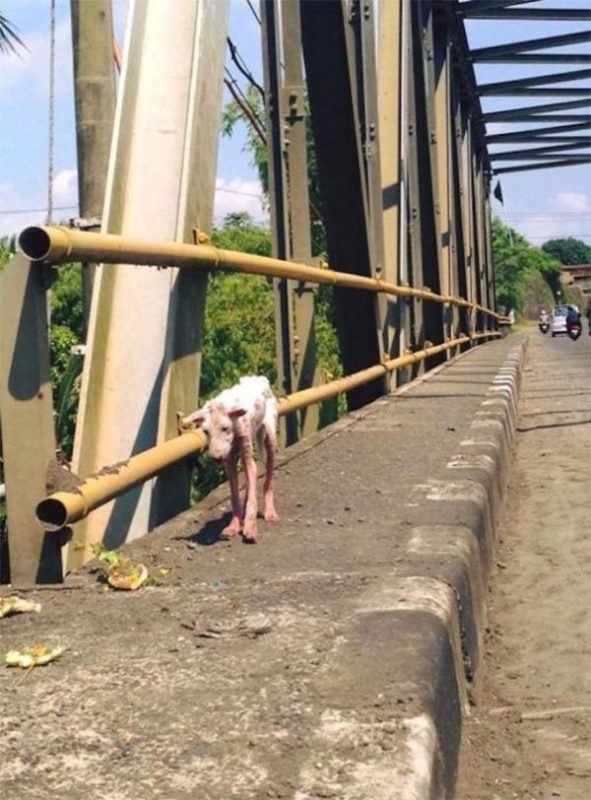 The dog was emaciated and bitten by vermin to the point where she lost most of its fur.

The unfortunate animal was noticed by a woman driving by. She could not help but stop.

As soon as she opened the door, the dog immediately jumped into the car – it seemed that she was begging for help. 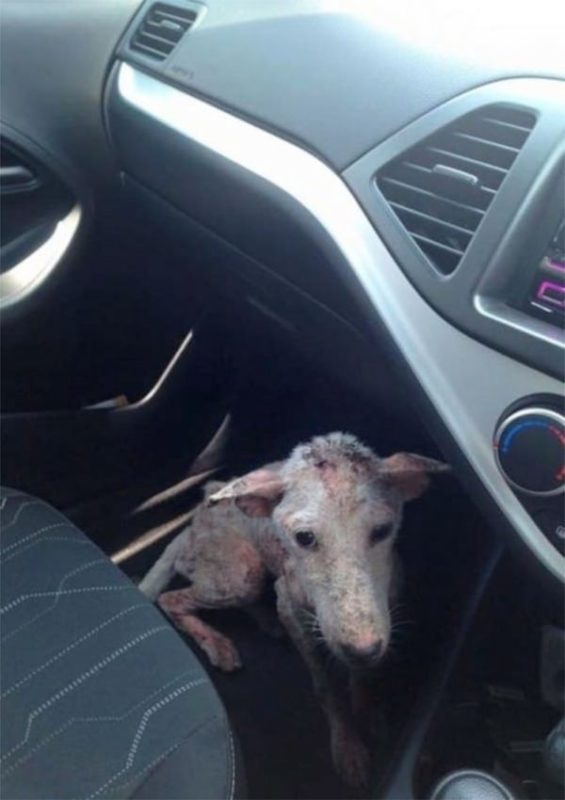 And she was helped.

The Good Samaritan took the dog to the veterinary clinic, where doctors began a long struggle for the life and health of the mongrel.

Her whole body was covered with wounds due to the scabies mite. The dog suffered from pain and constant itching.

It was clear that the dog had not eaten for a long time.

At the same time, Kelsey – that’s what they named her – behaved very friendly and even tried to wag her tail. 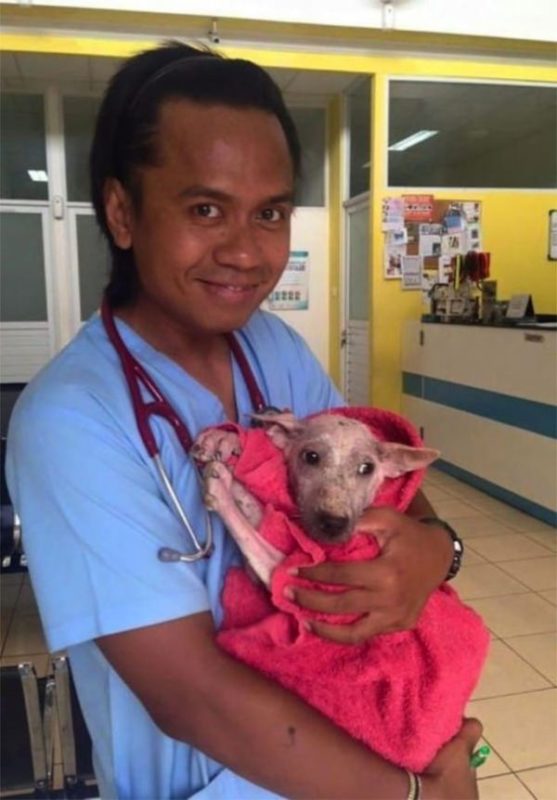 Healthy food, love and care have done their job – the dog is on the mend.

She became more energetic and began to show interest in other animals. 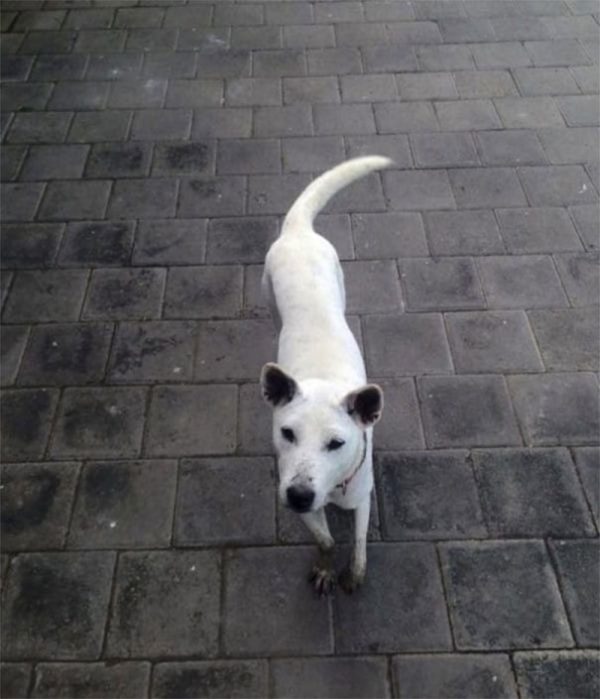 Kelsey no longer had to sleep outside in any weather, pick up leftovers and suffer from cold and hunger.

She blossomed and turned into a happy and healthy dog. And soon she managed to find a new home. 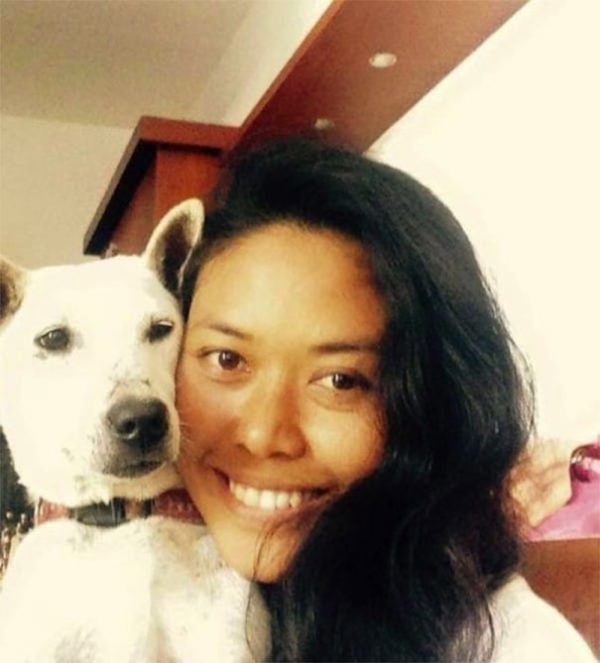 Do you believe this is the same dog that was found on the side of the road?

Love works wonders, and the case of Kelsey is the most direct confirmation of this.

In Canada, the cat who went missing 12 years ago is finally reunited with his owner
Animals
0 39
Our Top Posts