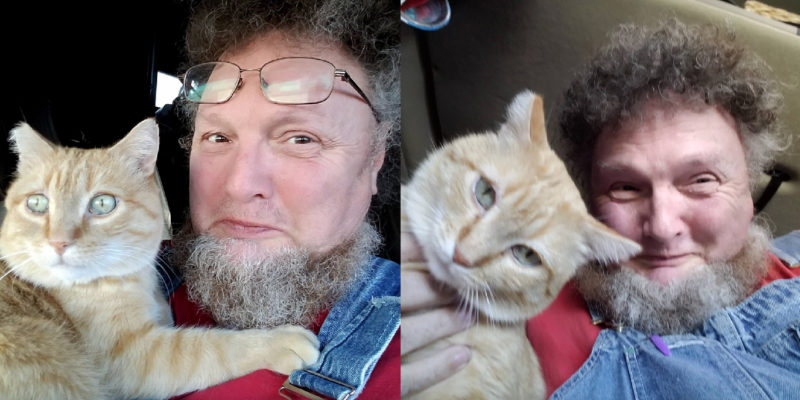 Paul Robertson is a truck driver.

For many years, his cat Howie accompanied him on his trips. When the cat died, Paul was very sad. He missed a friend on long trips, so the man decided to take a cat from a shelter. 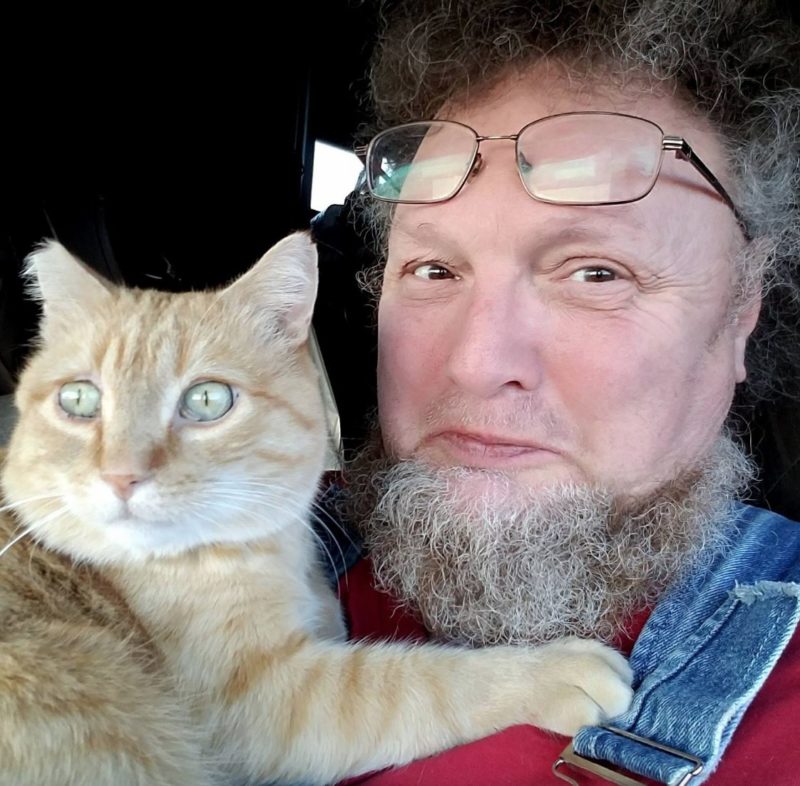 An employee of the shelter showed Paul the ginger cat Percy, who used to live on the street.

He had an injury above his right eye and was missing one fang. Despite the difficult past, the cat turned out to be affectionate. The man took the cat home.

The first train with Percy was through the Midwest for two weeks. 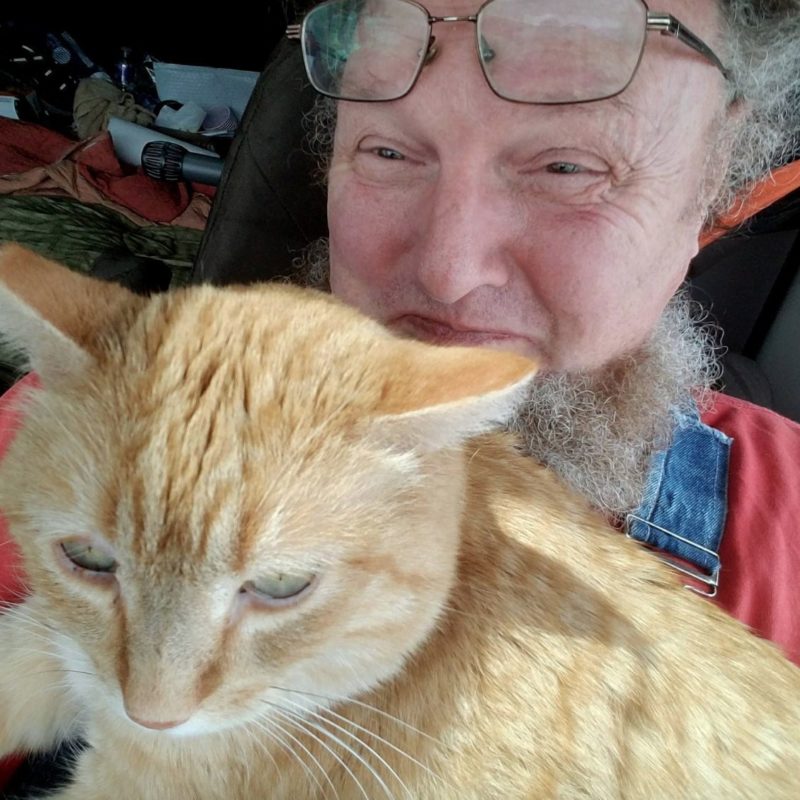 Paul recalls that the cat felt at home in the cockpit. “He is very affectionate and loves to crawl from his knees to his chest and rub against his cheek,” Robertson wrote on his Facebook page.

“The cat loves to play and often purrs. And, of course, he, like all cats, loves to eat and sleep.”

In February 2017, Paul experienced a severe shock because of a cat.

The man was driving to Indiana and made a stop in Ohio. Percy jumped out of the cab, ran after the bird, and disappeared from view.

Paul tried to find him, but couldn’t. He had to leave without a cat. Paul wrote about Percy missing on his Facebook page. People tried to help him and called shelters in Ohio. 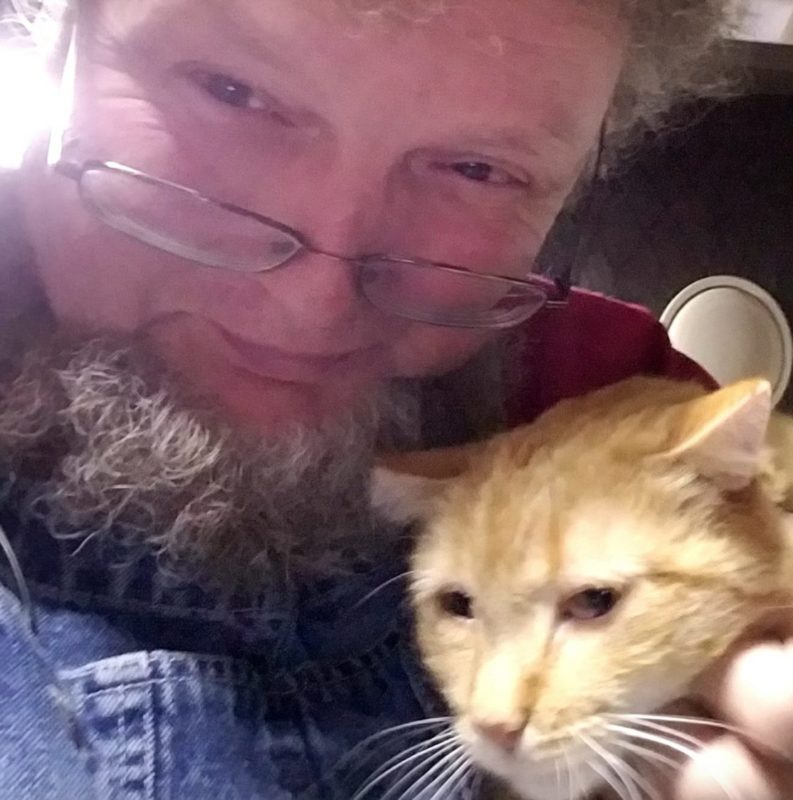 When Paul arrived in Indiana, Percy suddenly appeared from under the truck.

The cat managed to hide in the truck. Percy was fine, he was just tired and hungry.

Now Paul watches the cat when he opens the cabin door. Percy and Paul have been together for two years. 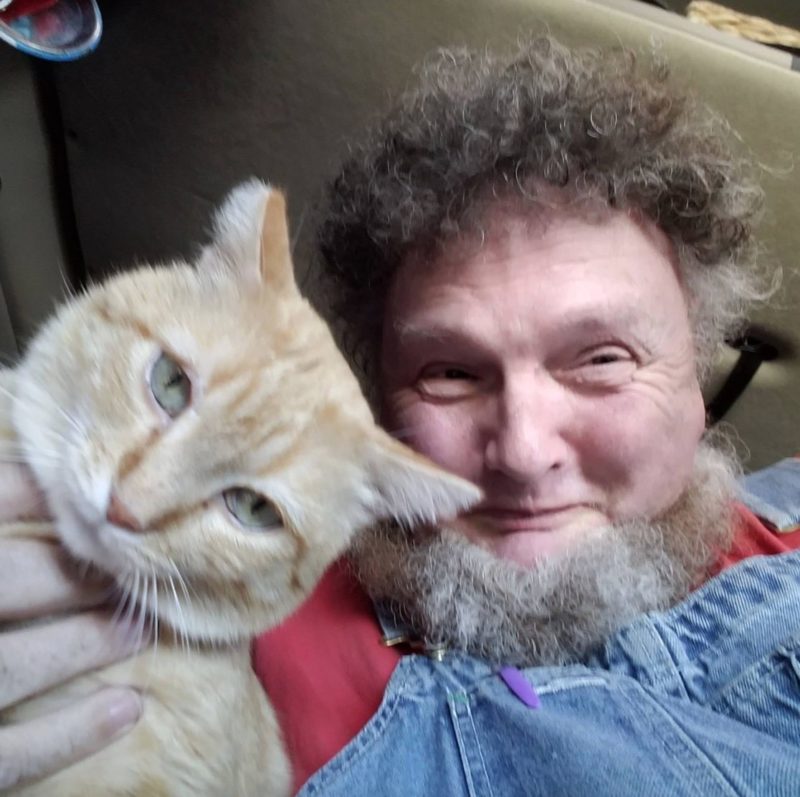 “The other day I caught myself thinking that if I lived alone, then I would not have so many reasons to laugh. I’m glad I have Percy.”

The 4-year-old introvert dog prefers to stay away from everyone, sitting on a barstool like a human and judging her fellow dogs
Animals
0 375