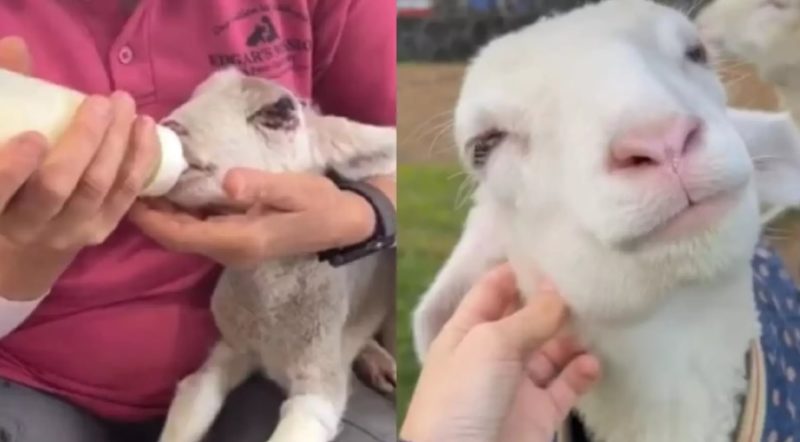 Sometimes bad things happen in order to change life for the better, although at first it seems that this is not the case.

A lamb named Constable Sam is proof of that. A few months ago, he was put in a cattle truck and taken to the slaughterhouse, but he was not destined to get to this terrible place. 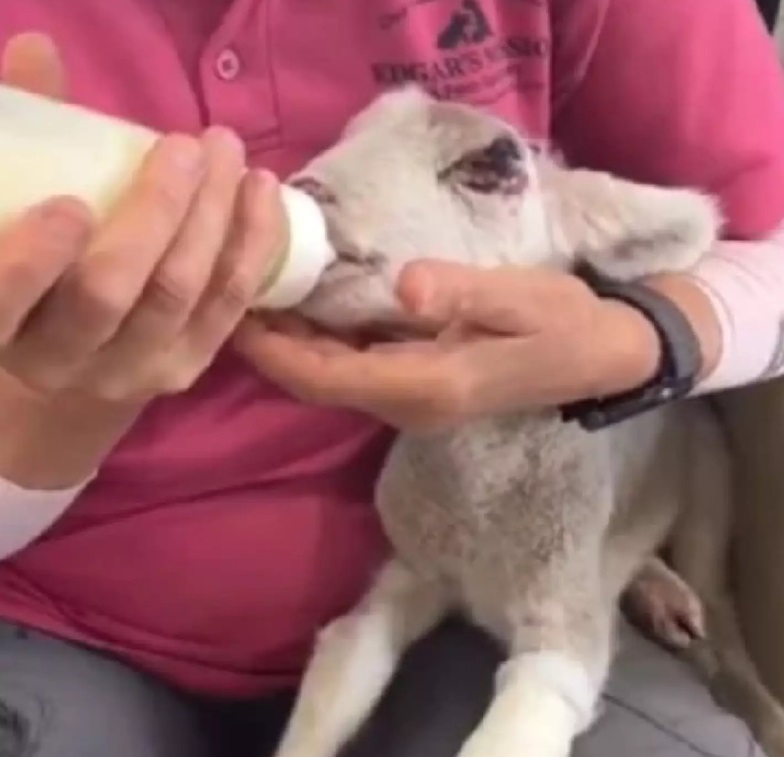 On the way, the lamb fell out of a moving truck right on the highway, while receiving many injuries.

The road rescue soon found the injured animal and took it to a farm shelter called Edgar’s Mission.

The baby was immediately operated on, and his condition was monitored around the clock.

Constable Sam was very ill when he arrived at the farm.

His two legs and skull were broken, and his eye was badly damaged. In addition, the whole body of the lamb was bruised.

But thanks to attentive care, Sam gradually began to recover. After three months of treatment, the exhausted lamb turned into an active and healthy young lamb. 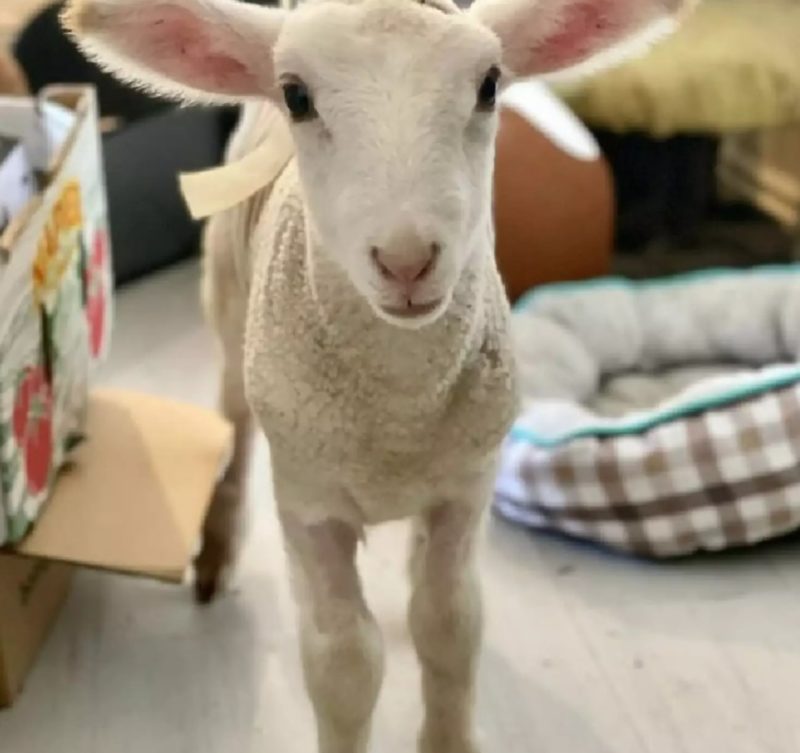 Now Constable Sam is living his best life. He walks and plays a lot, communicates with people and animals, eats regularly and, most importantly, has no chance of going to the slaughterhouse.

All employees of Edgar’s Mission simply adore the new resident of the farm, and he gladly responds with reciprocity.

When the stray dog saw the car door open in the parking lot, she jumped inside hoping for help and since then her life has never been the same
Animals
0 761

This man married 39 women and lives with them in a five-story building with 100 rooms: see how they live
Interesting News
0 98