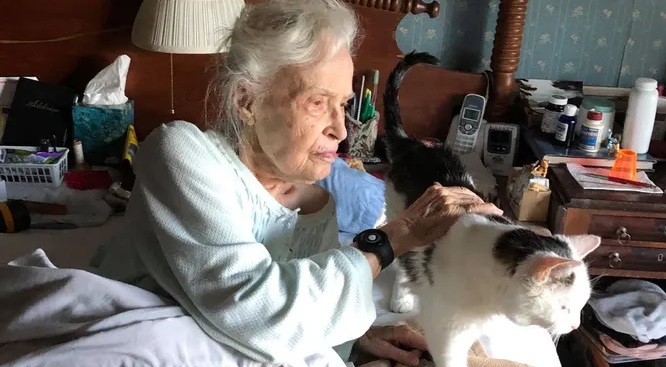 When Penny, 101 years old, lost her pet, who had lived with her for many years, she was beside herself with grief.

Hoping to find Penny a new friend, her relatives called the Humane Society of Catawba County for homeless animals. 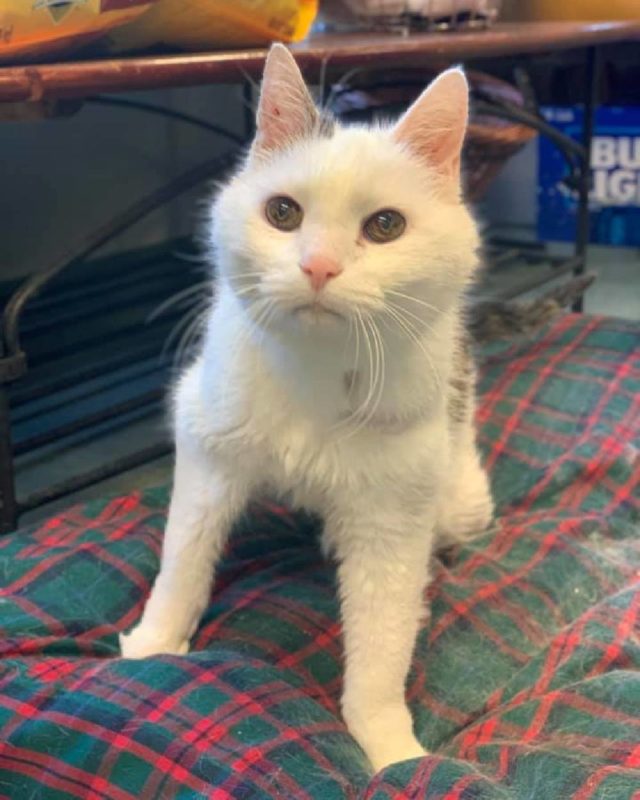 They immediately understood who to offer.

The owners of a 19-year-old cat named Gus had to take him to a shelter due to unforeseen circumstances. It was hard for them to part with the pet, but there was no way out.

Elderly cats rarely find new owners, so they live out their last days in cages.

But Gus was lucky – just a few days after his arrival at the center, there was an owner whom he was ideally suited to. 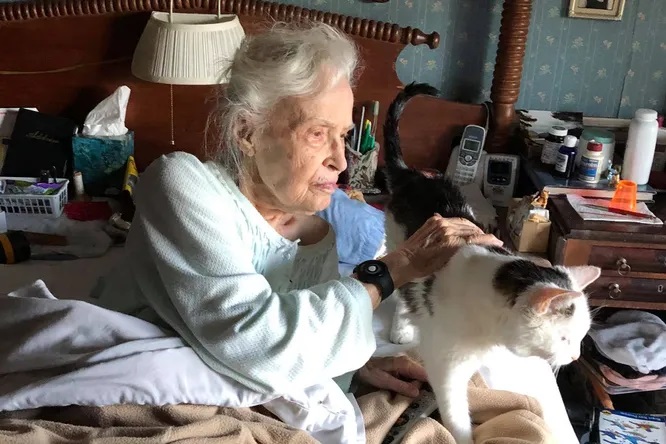 According to the director of the Humane Society of Catawba County – Jane Bower, at first she was afraid to give Gus to somebody at that age, but Penny’s family assured the animal rights activist that all relatives would take care of the cat on behalf of its new owner.

After that, the shelter quickly issued documents and sent one of the oldest wards to a new home.

According to the staff of the center, it was “a union made in heaven.”

Penny and Gus were perfect for each other. An elderly woman, yearning for a purring friend nearby, was happy to give Gus her love and care. 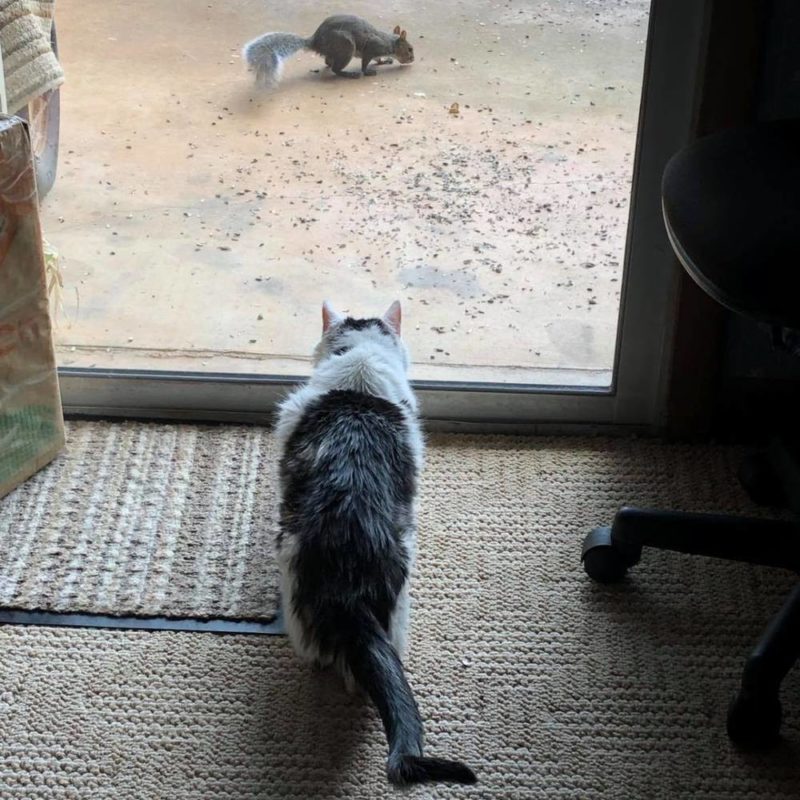 The cat quickly settled into a new home and made friends with its owner.

The two spend a lot of time together. Gus either sleeps next to Penny or sits near the glass door and watches the squirrels.

“Our hearts are moved by this wonderful ‘adoption’. Our 19-year-old (133-year-old in human years) Gus found a loving owner, represented by a woman who turned 101. We congratulate you, Gus! And we wish you many good days, full of love and watching squirrels,”- this was the parting message the staff of the shelter wrote on social media.

Dog and lion were best friends, but then they were separated: see the touching reunion
Interesting News
0 230

Cat saves the owner from a snake, that climbed through the door and hid in shopping bags
Animals
0 13010