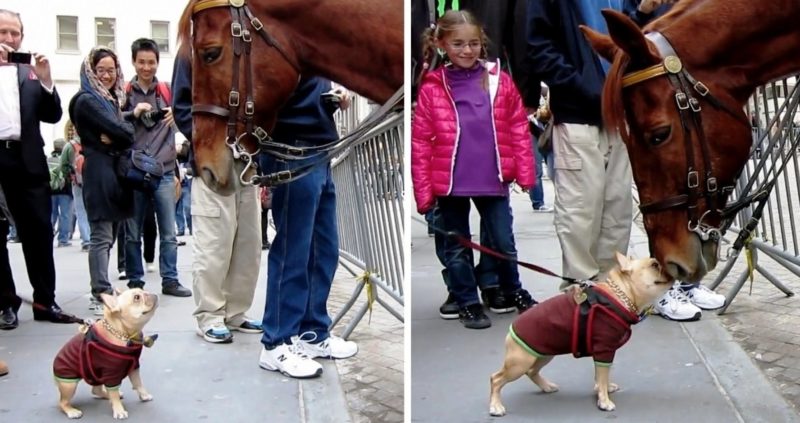 One man worked in one of the offices on Wall Street. He went out for lunch and when he came back to the office he found an interesting sight. 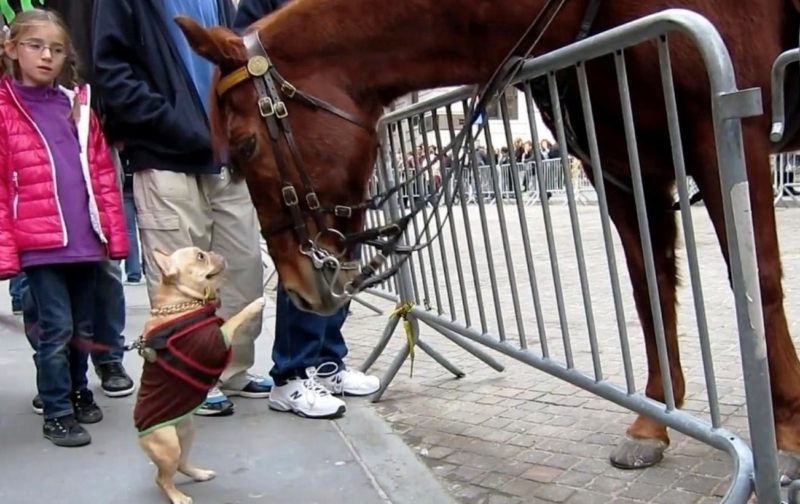 There was a large crowd in the street, and inside the crowd there were police horses that patrol the area.

He became curious about what was going on. He began to push through this crowd to see what had gathered all these people.

And when he finally got to the middle, what he saw brought a smile to his face. There was a little French bulldog who played with the patrol horses. It was very sweet! 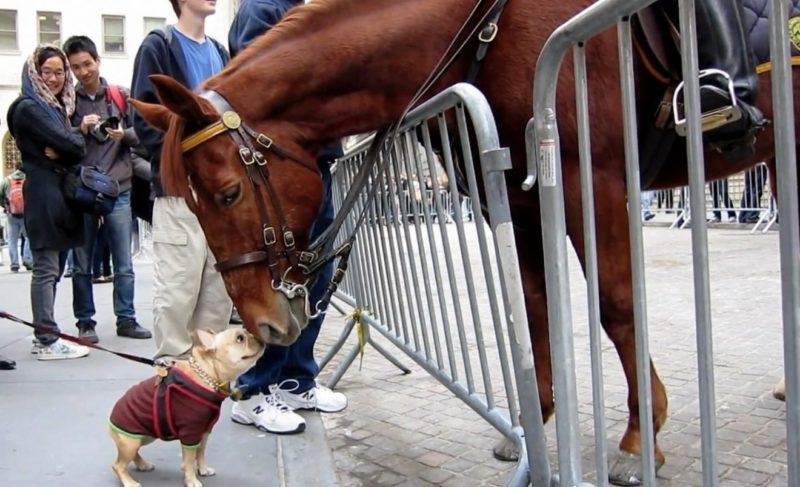 It seems that during a walk, the bulldog was fascinated by these horses. He thought that they were dogs like him, only very big! Therefore, he decided that he could easily make friends with them.
And he succeeded.

The owner tried to keep the dog from jumping on the horses, but in vain.

He frantically tugged at one of the horses, forcing her to play with him.

It was evident that the horse was well-trained and did not succumb to the provocations of the dog. They are trained to be reserved in any chaotic situation. 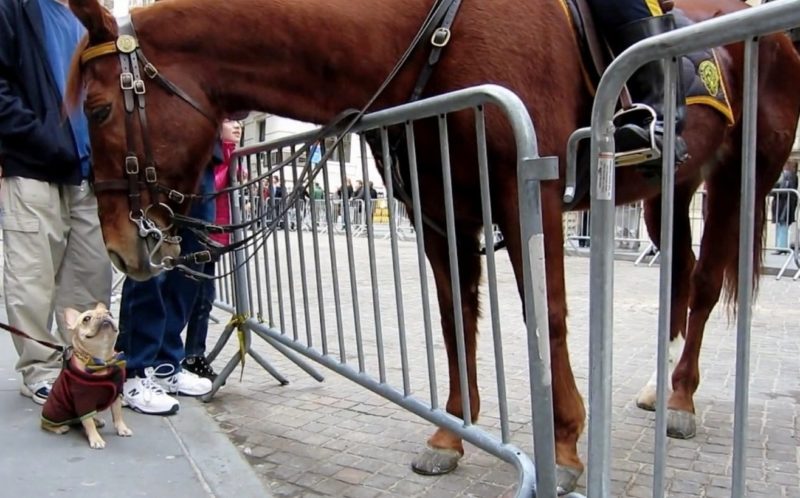 However, the horse soon realized that the dog would not harm her and just wanted to play. Then she succumbed to the charms of the little bulldog and bowed her head towards him. The happiness of the dog knew no bounds. He jumped for joy and could not calm down. He even kissed the horse several times for her kindness.

No wonder such a spectacle attracted a large number of people!

Interesting News 0 344
This man loves Tolkien’s Hobbit books. After retiring, he came up with the idea

Interesting News 0 171
Mary Johnson had a pretty tough year, so she decided to do something to