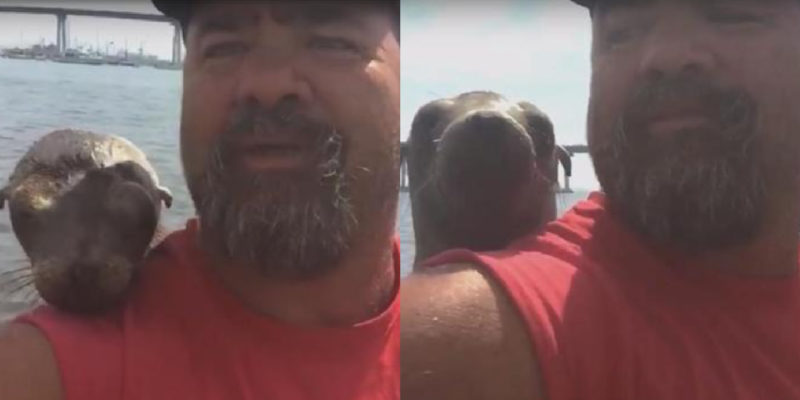 Recently, a man decided to go boating for a while.

At some point, he stopped and, not expecting any catch, decided to take a selfie. And then he suddenly realized that he had a new friend.

A seal crawled out of the water onto the boat. The animal turned out to be very friendly, crawled up to the man and even put its face on his shoulder. It seems that this seal really wanted to get on film!

Not at a loss, the man decided to take a video instead of a photo and switched the camera to the appropriate mode.

Thanks to this, we now also have the opportunity to see this unexpected meeting. A seal climbed onto the boat, which, apparently, simply missed the human company. 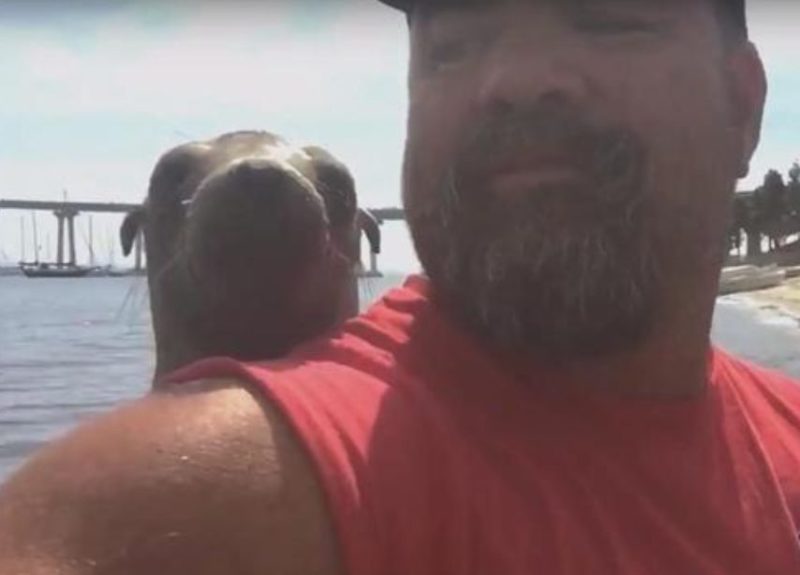 Judging by the resulting recording, we can conclude that this seal was lonely and decided to get out and try to make friends with a person.

You never know what is hiding there in the dark – under the keel of your own boat.

Often, seals become such uninvited guests because they are fleeing from a shark chasing them. Perhaps this is the reason for this unexpected meeting. 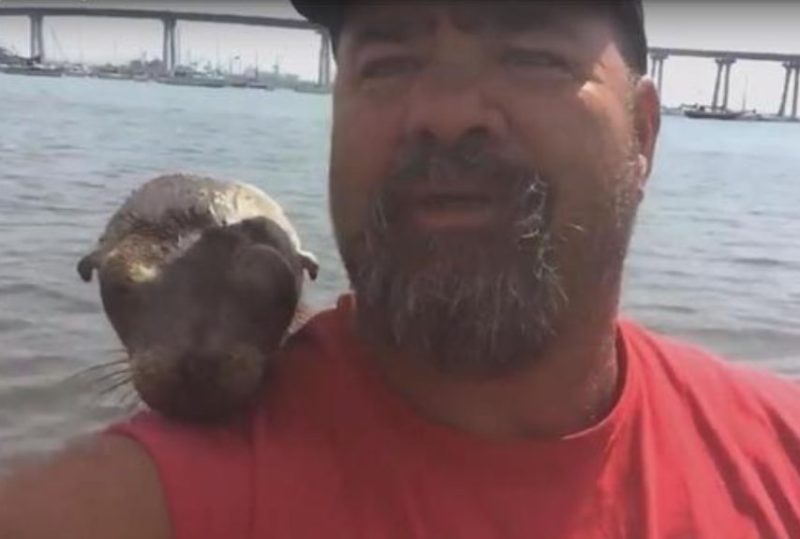 Particularly curious is the fact that the boat with all the participants in the incident is very close to the shore. In fact, the keel of the boat is almost in the sand – only about five meters to the shore.

Therefore, it is hard to believe that somewhere in the depths, a shark is waiting for a seal. On the other hand, this possibility cannot be completely ruled out.

Seals rarely show such friendliness towards humans, although they usually get along with people. 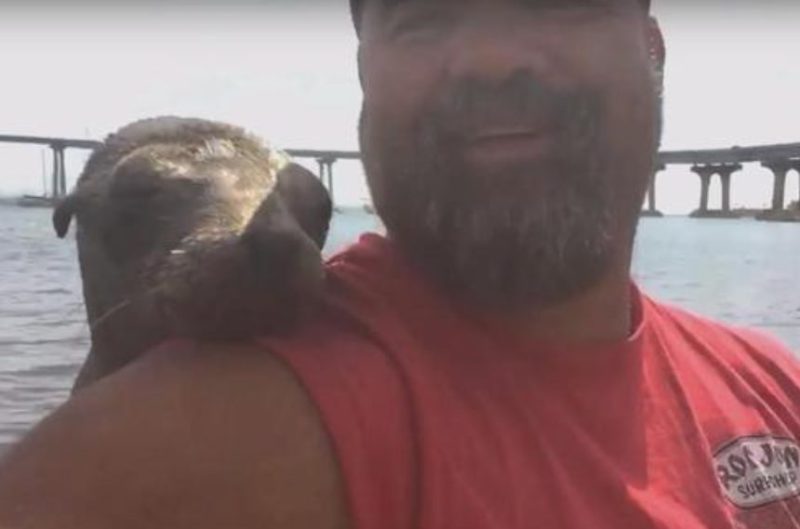 Of course, there is another possible explanation for what happened. Maybe this seal just got hungry and decided to beg for lunch from a man in the boat who happened to look at the light.

It is likely that he confused the man with the fisherman and decided to ask him to share the prey.

In any case, we can only be glad that this boatman was able to record such a rare video. It’s no surprise that half of the Internet already knows about a friendly seal jumping into a boat to take a selfie.