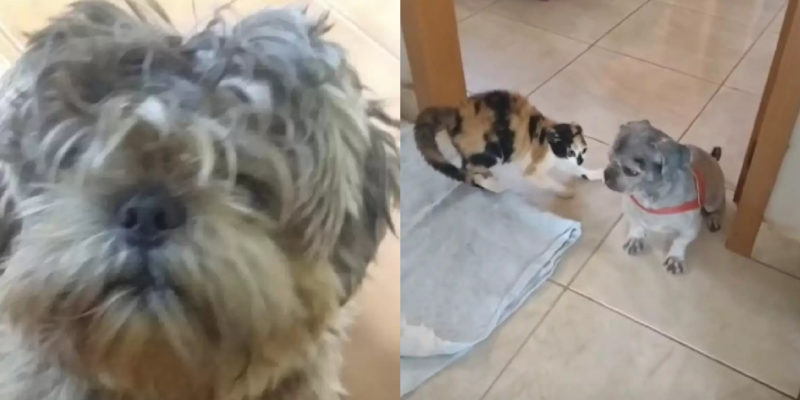 The dog named Lupim tried for a very long time to gain the trust of his fluffy sister, the tricolor cat Milly, and in the end he still managed to do it. 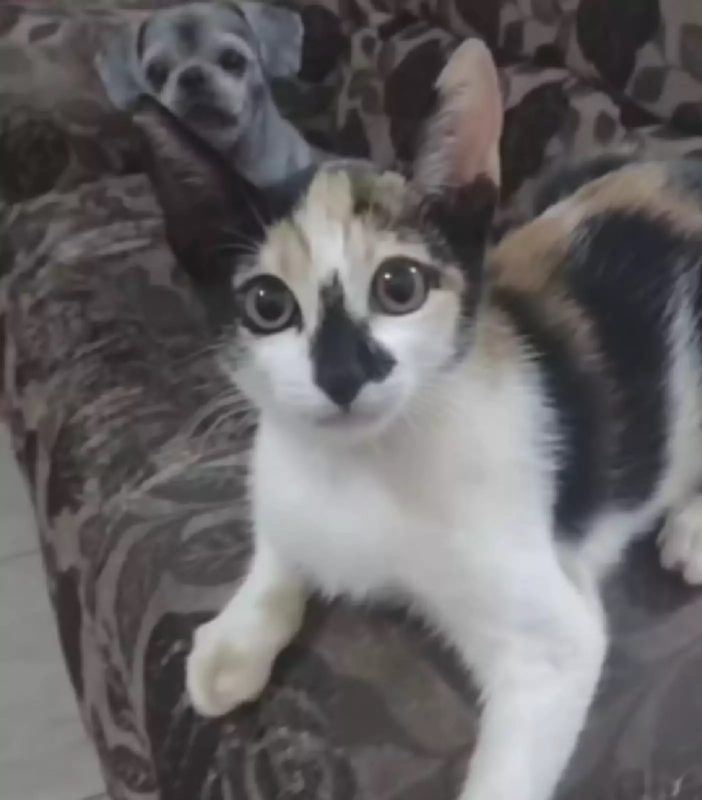 The cat fell in love with communication with the dog and began to spend a lot of time with him.

But recently, a simple trip to the groomer almost ruined the relationship of shaggy friends. 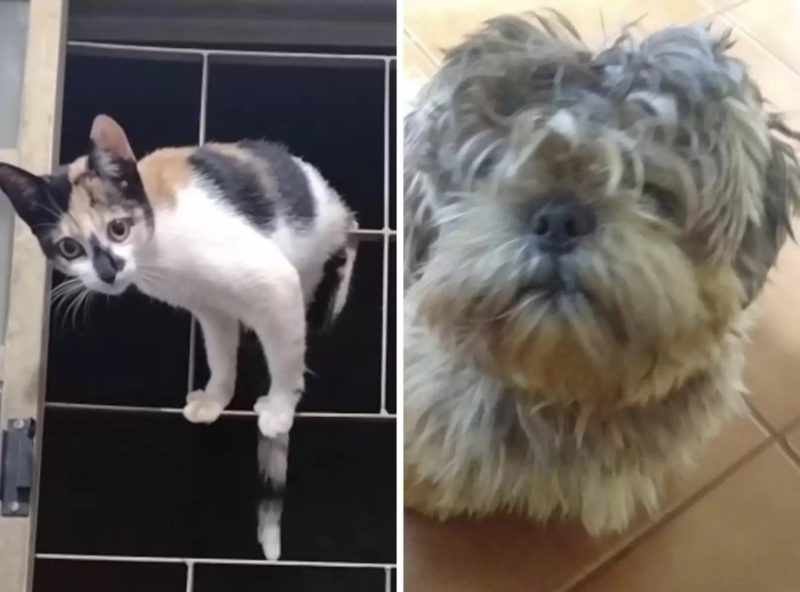 So she took the dog to a grooming salon, where they gave him a nice neat haircut, significantly reducing his shaggy hair.

However, Milly did not appreciate her brother’s new hairstyle.

When Lupim returned from the groomer, the cat did not recognize him and thought that she was in front of a completely unfamiliar dog. 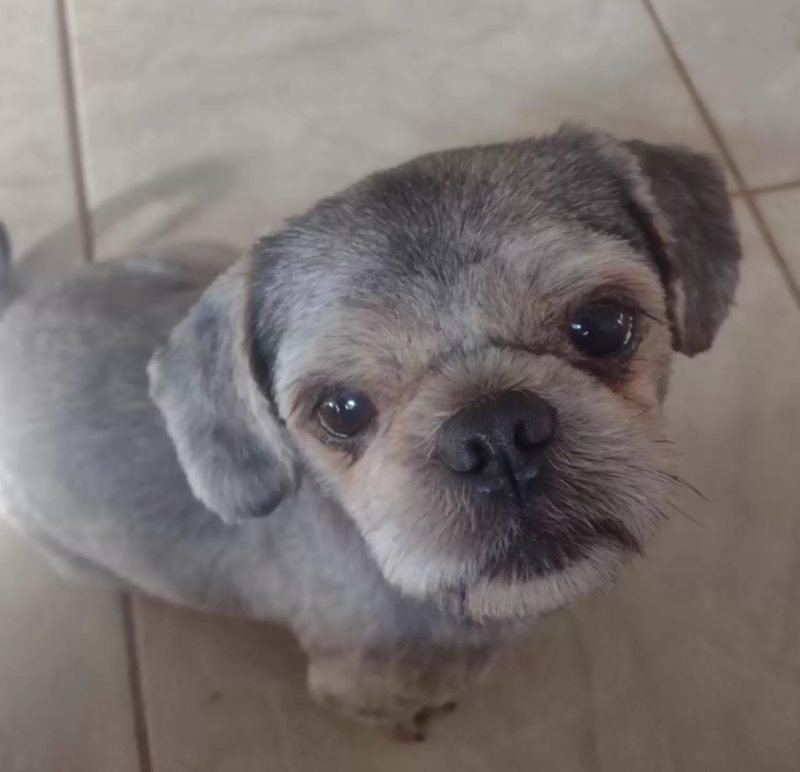 Millie did not approach Lupim and hissed every time he passed near her, which made the dog very upset.

“It was very awkward” Amanda said.

Luckily, Kitty soon realized that even though the dog looked very different, he was still her brother and best friend. 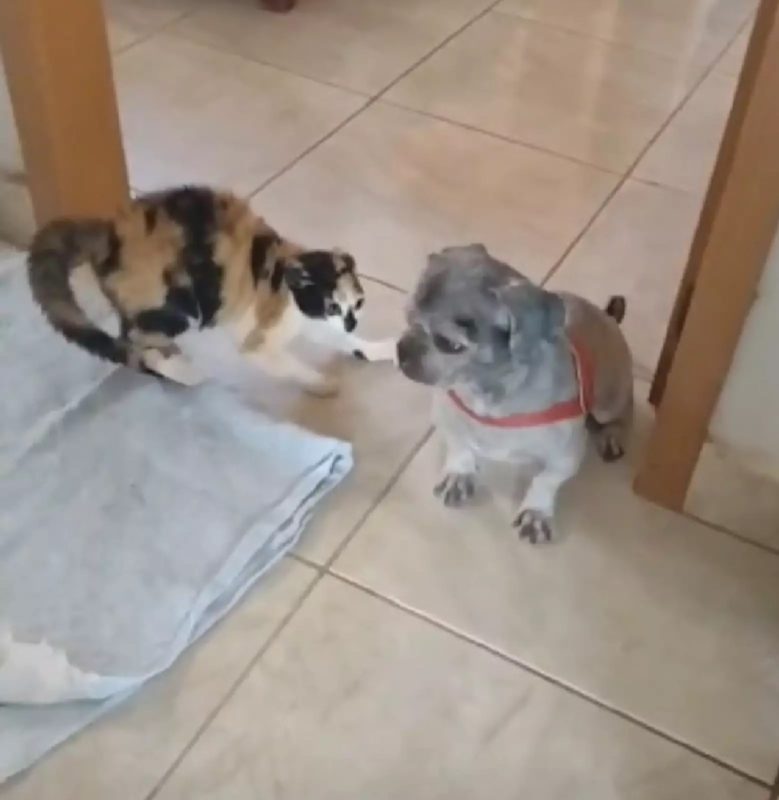 Now Lupim likes his new look, because he no longer scares Milly away, and he can walk and play with her again.

“Milly was shocked to see Lupim after going to the groomer. But now they’re friends again.” Amanda told The Dodo.