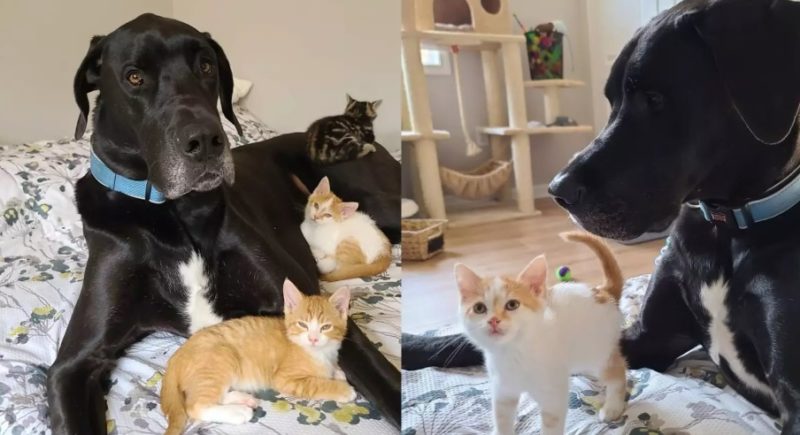 Relationships between cats and dogs are very different: some do not get along at all, others eventually turn into inseparable friends, well, some become a real family in which everyone takes care of each other. 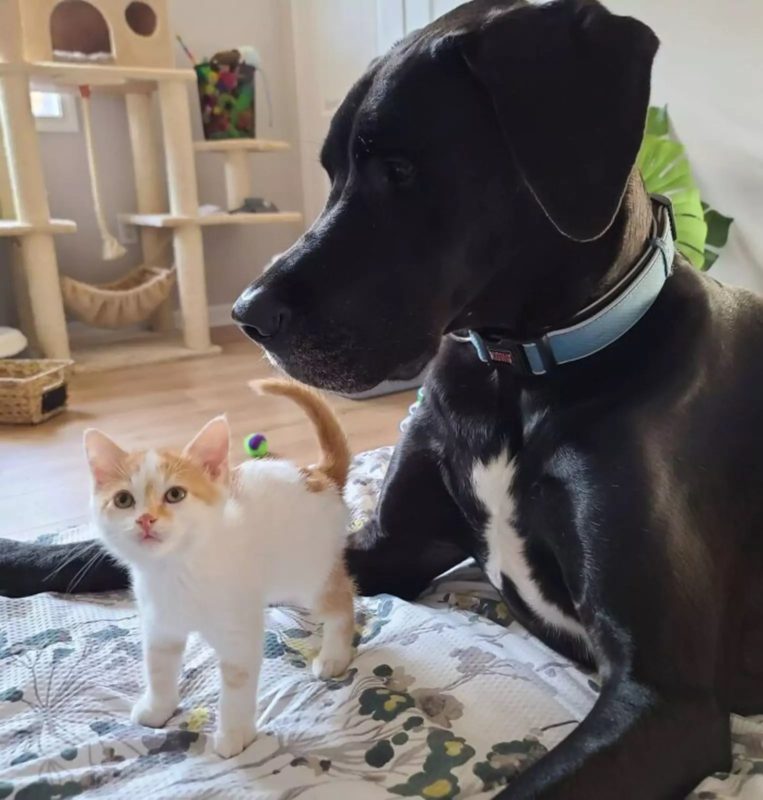 For a 150 lb Great Dane named Corbin, street kittens, who were temporarily sheltered by his owner Karen, became a family.

As soon as the fluffy babies appeared in the house, the dog accepted them as family and began to help the owner raise them.

The dog began to look after the kittens almost around the clock, play with them and even put them to bed.

Due to his impressive size, some people consider Corbin scary and dangerous, but in fact this dog is the most gentle and loving creature in the world.

That is why the kittens were comfortable next to him: they were not afraid of him and always felt protected. In turn, the kittens also made Corbin happy, and he was happy to take care of them, as with his babies.

“Corbin has always been very shy, nervous and afraid of many people. But on the other hand, he was very fond of other dogs and cats.” Karen, Corbin’s owner, says.

Over time, all the kittens found a new permanent home, and the dog had to let go of his foster kids. 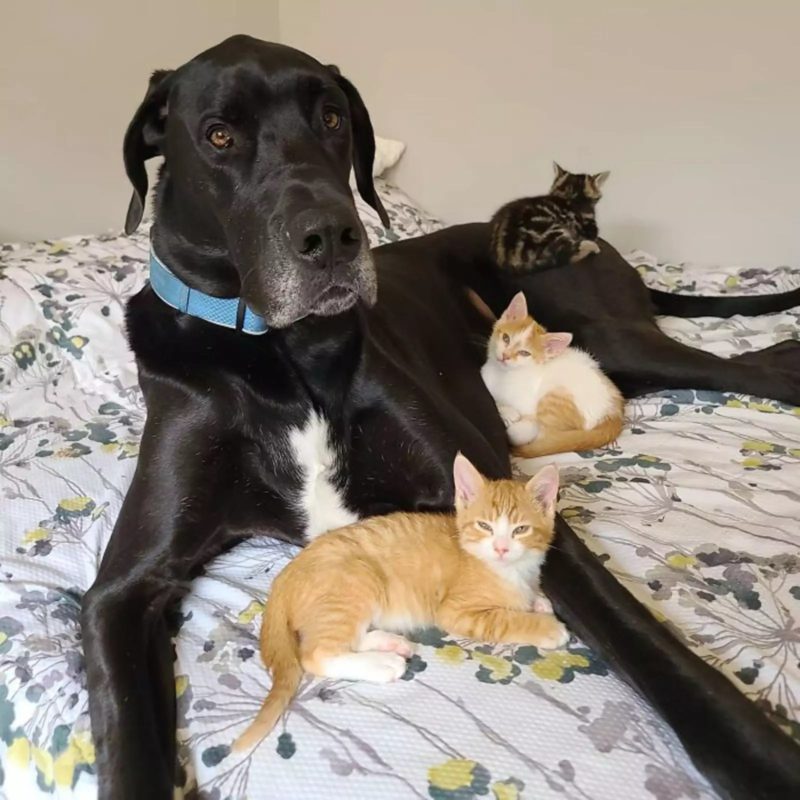 But since Corbin’s owner constantly helps homeless animals find families, he never leaves his duties as a tailed nanny and takes care of all the kittens and puppies found by the girl.

Unique baby: see what a girl who was born with an unusual nose looks like now
Interesting News
0 174

The cat was taken from the street and settled in a store, and after a few months, money began to appear at the door in the morning
Interesting News
0 280