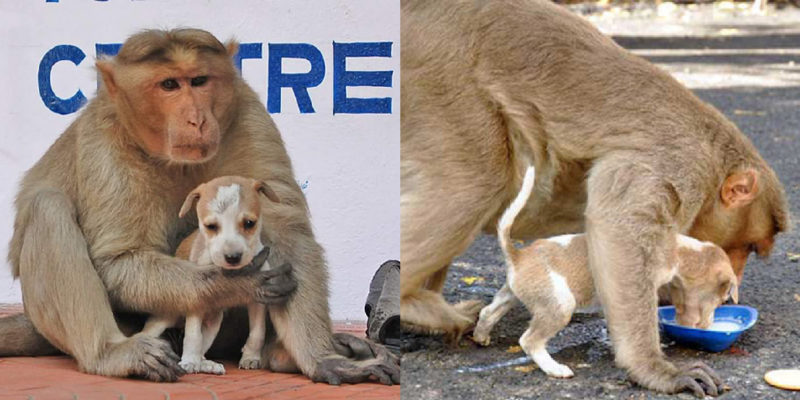 A rhesus macaque living near the Indian city of Erode became famous on Facebook after taking care of a homeless puppy. 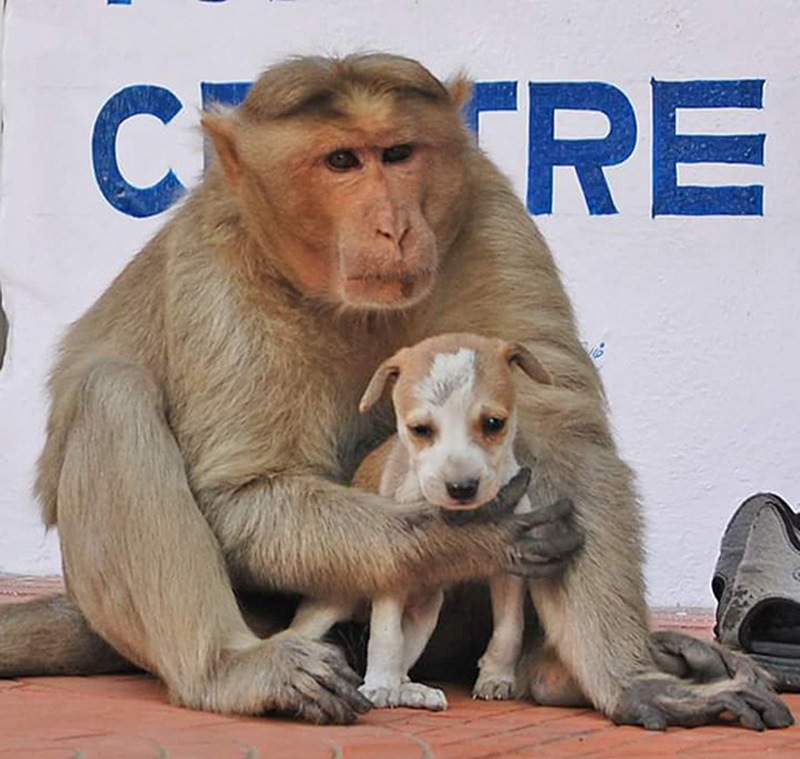 Photos of animals on social media were published by the user Sanjay Pandey.

The macaque completely took the puppy under her protection. 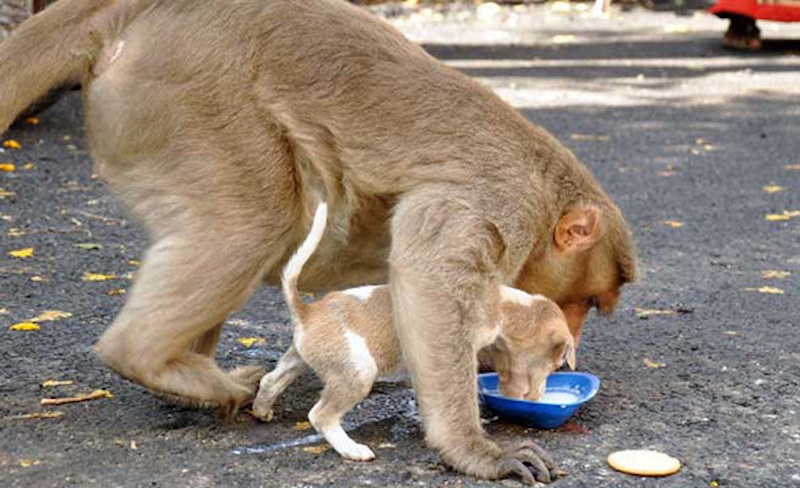 She drives other stray dogs away from him and does not let go of him a single step, jumping with the cub from branch to branch.

In addition, the macaque tries to feed the baby by offering him fruits, such as a bunch of grapes.

When passers-by decided to give the couple a bowl of milk, the macaque let the puppy eat first.

“People who see them often say that their affection is mutual,” said one of the passers-by who watched the monkey and dog, Sasi Kumar. He also made the assumption that the macaque, most likely, has lost her own cub, and she identifies the puppy with it. 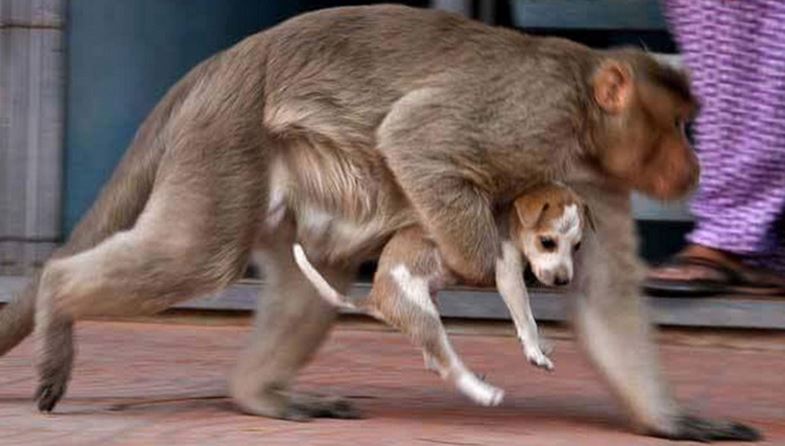 Rhesus macaques are the most common species of primates in the world; they are found in Pakistan, India, the Himalayas, South China, the countries of Indochina, and live in cities in large numbers. 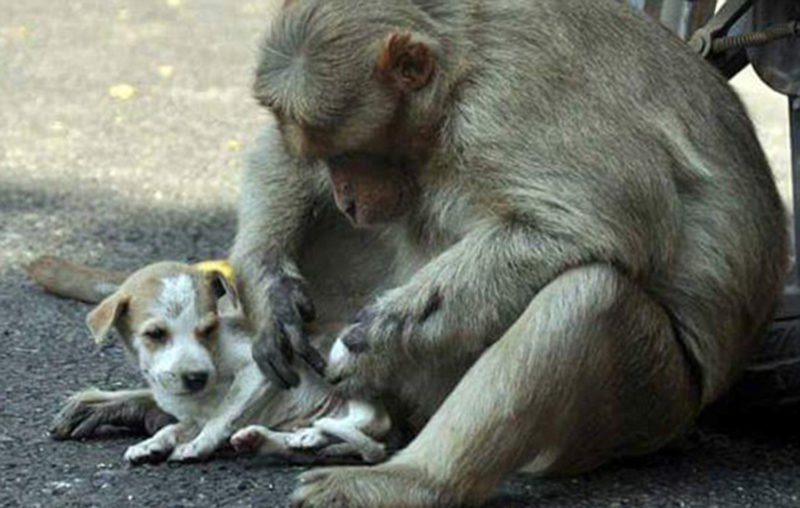 Pregnancy of females lasts 164 days, while she gives birth to one cub, which the mother feeds for up to a year and fiercely protects.

The adorable baby elephant was caught chewing sugarcane, so he tried to hide behind a narrow pole believing that no one could see him
Positive
0 270

After having a heartwarming reunion with his missing Labrador, a homeless man sheds tears
Animals
0 190