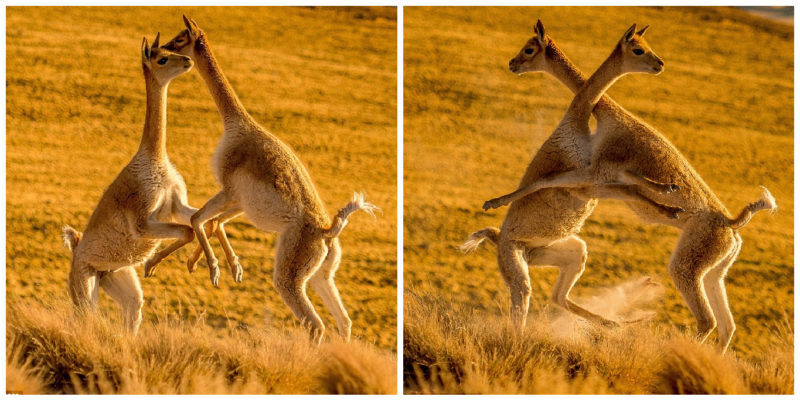 When two rams fight, they clash with their horns with all their fury.

When two giraffes fight, they push each other with their long and strong necks. 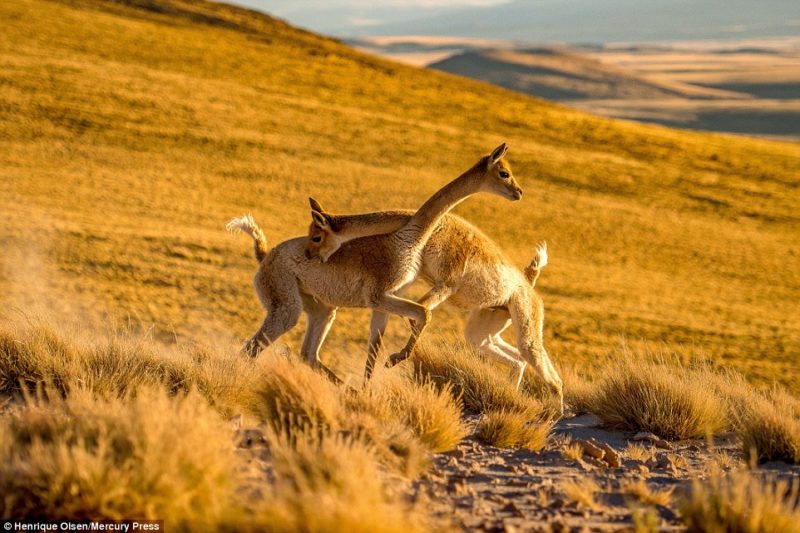 But when two vicuñas enter into a duel, from the side it seems that there is no aggression in their movements at all and that they are just hugging tenderly.

He made a special trip to the Atacama Desert National Park to take pictures of local animals. 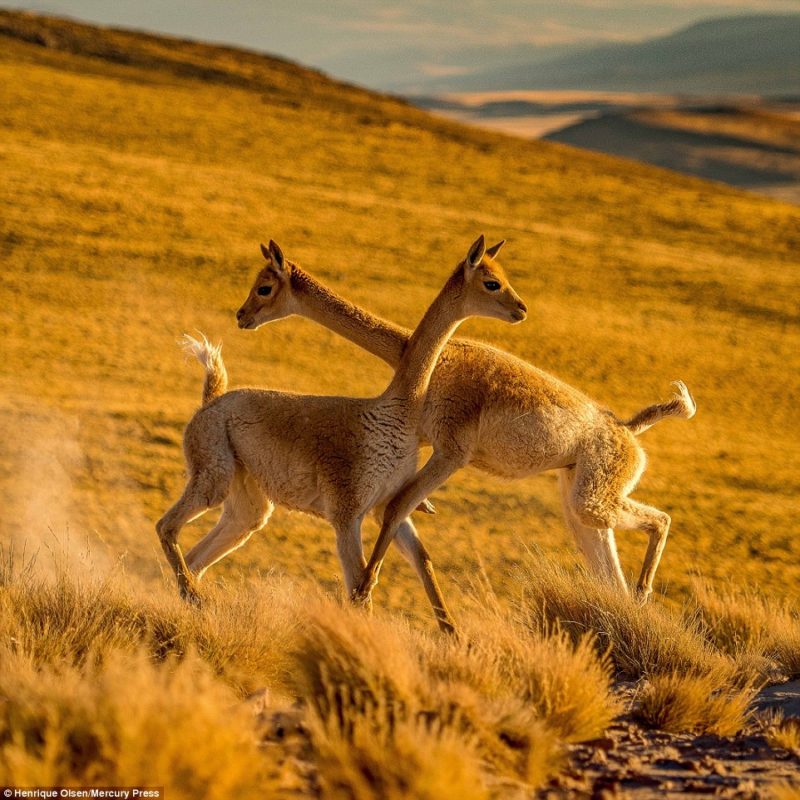 The photographer came across the vicuñas suddenly when he was driving a car, and two animals jumped out onto the road right in front of him and began to jump on each other.

“The pictures turned out to be very beautiful, because at that time the sun was setting and the color of the glow coincided with the golden reflection of the vicuñas,” says the photographer.

Each vicuña in a duel tries to push his opponent harder.

For this, both the strength of the neck, like in giraffes, and pushes with the whole body are used.

From the outside, it all looks like a hug or an unusual dance, but the vicuñas also bite quite hard during the fight. 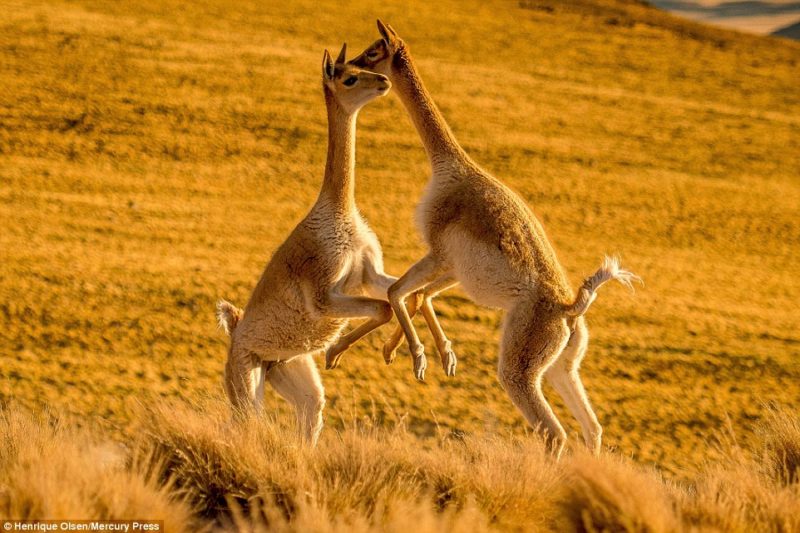 In general, all South African camelids, such as vicuñas, llamas, alpacas and guanacos, are so close to each other that they can mate and produce interspecific offspring.

Vicuñas live in tribal herds, the head of which is the strongest male. 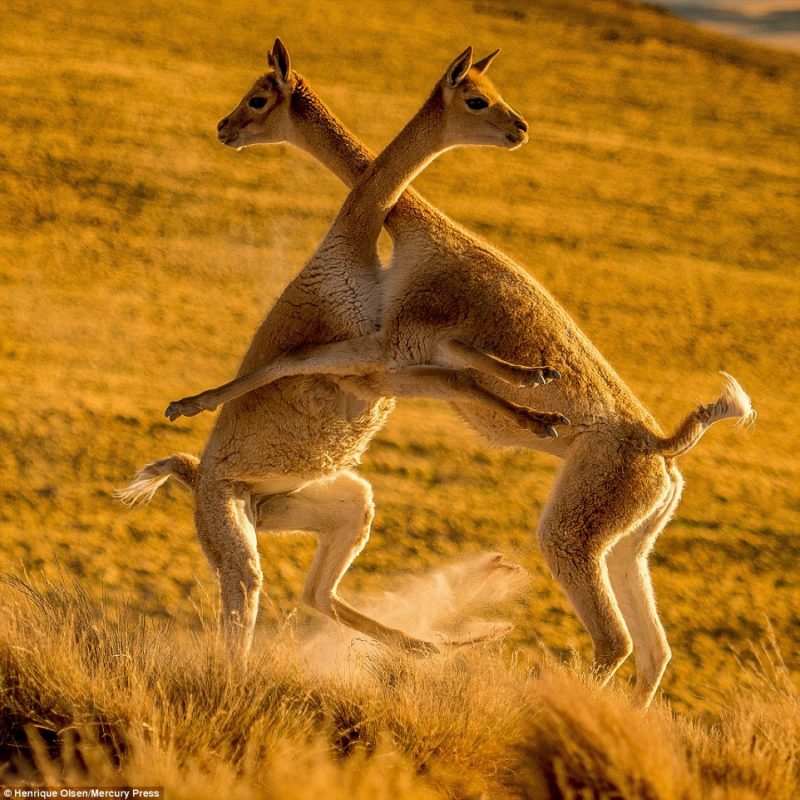 Young males are expelled from the herd and live apart. It was the duel of young males for territory that de Assumpção photographed.

A baby chihuahua weighing only 5 pounds met a huge cactus, the collision could have been fatal but the help came in time
Animals
0 287