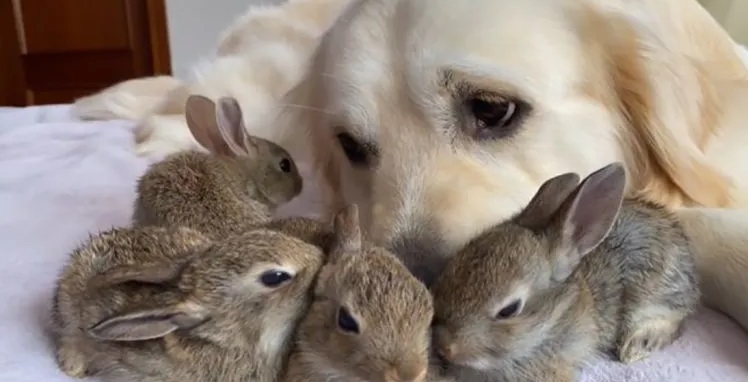 History knows many examples of the so-called interspecies friendship of animals.

Today we will tell you about the wonderful golden retriever Bailey, who made friends with…bunnies. 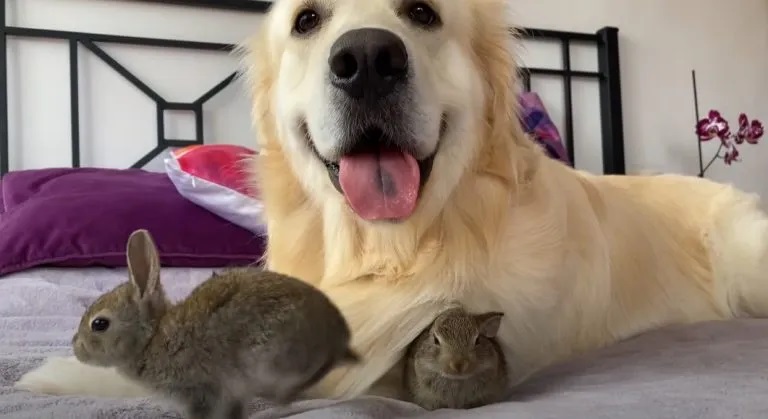 A dog is like a dad, like a nanny for the hilarious rabbits. Sadly, the kids were orphaned, they were left without a mother.

And the golden retriever Bailey, the owner of a golden heart, took the fate of the rabbits to heart and took them under his wing. 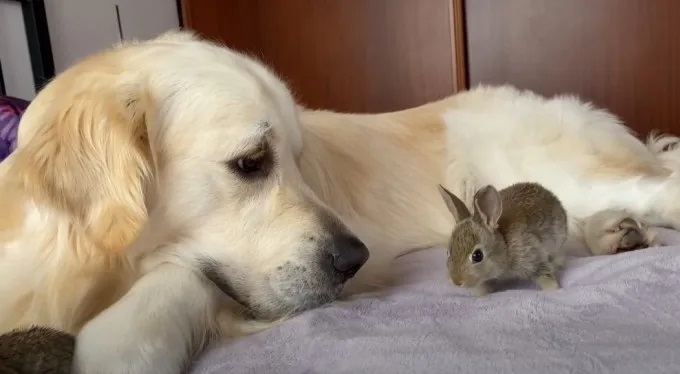 See how proud Bailey’s dad is in his new status. The rabbits do whatever they want with him – they run, jump, almost perform acrobatic stunts.

As a result, the rabbits get tired and snuggle closer and closer to their dad.

He is reliable and kind. And the kids feel it perfectly.

We think that we will not be mistaken, at the same time assigning the honorary title to the respected dog not of a dad, but of a real mother herself – affectionate, gentle and infinitely loving.

We see that the bunnies have grown up and turned into cute adult animals. But still crazy about their dog guardian. 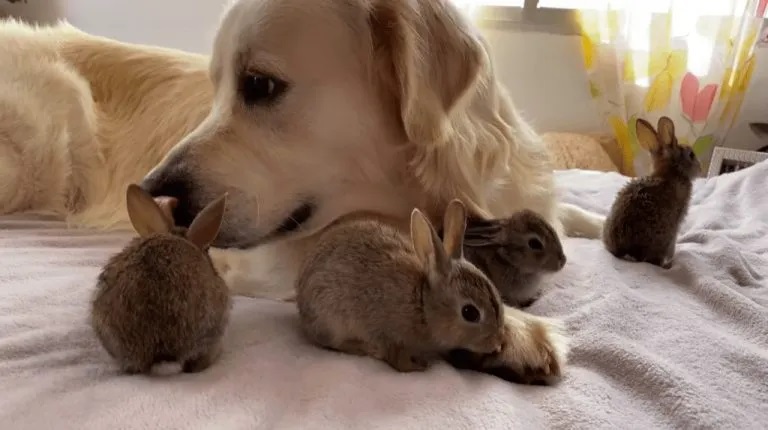 The owner of Bailey (his name is Taras) in an interview said that his pet was born in order to become a star. “He’s a real kind-hearted man, he loves everyone, and everyone loves him.”

For our part, we wish Bailey and his rabbit buddies health, happiness and all the very best!