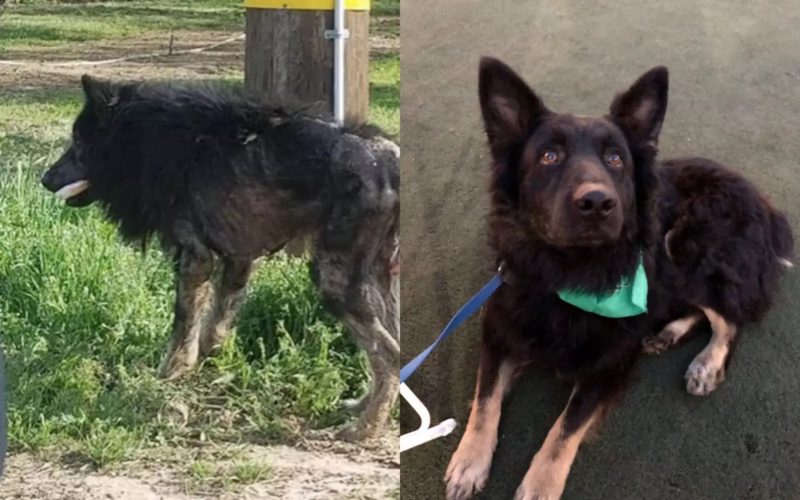 Just six months ago, a dog named King was a homeless, skinny, scab-covered creature, which all passers-by avoided. They did not know who exactly King was: an ordinary dog, a wild coyote or another animal, so they called him a werewolf.

Day after day, people passed by the unfortunate dog.

He was sick, starving and already on the brink between life and death when he was found by Megan Bowe, founder of Bowe’s Adoptable Rescue Pups, a non-profit animal rescue organization. 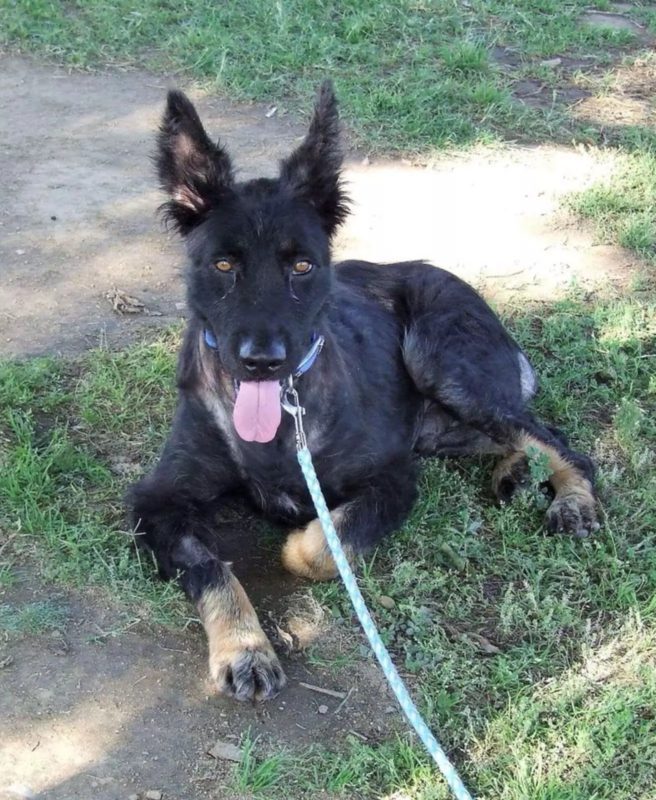 “I was ready to cry when I saw how bad King looked. He was on his last legs and couldn’t even get up.” Megan recalls.

Megan took the dog to the vets, who said the werewolf was an emaciated shepherd dog that also had a list of medical conditions, including scabies, as well as a broken pelvis and tail.

The doctors said that King is only a year old and he most likely received his terrible injuries after a collision with a car.

For several months, Megan and the veterinary team nursed the sick dog. And over time, he began to walk normally again, and a spark appeared in his eyes.

King turned out to be a very friendly and sweet dog who loves to cuddle at every opportunity. After rehab, Megan began looking for a permanent home for the rescued dog.

King was taken in by the Bisbee family, who already had three dogs in their house. 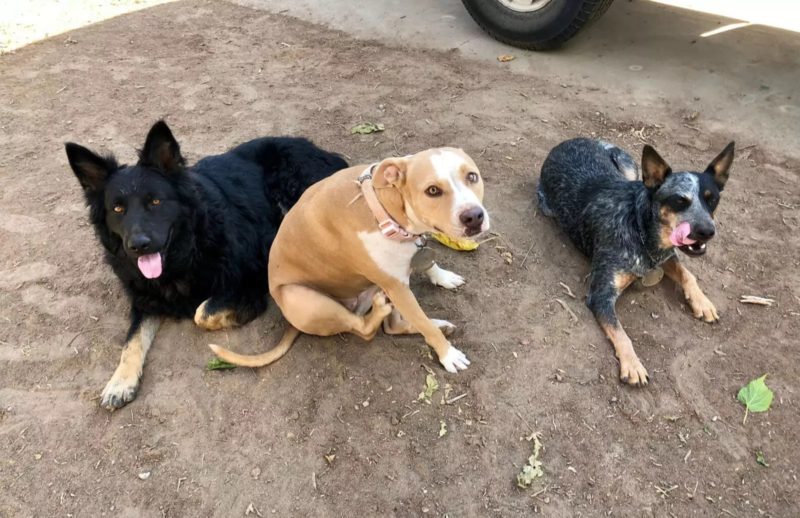 The dogs happily accepted the new pet. And soon he became a full-fledged member of the family.

Thanks to love and care, the former werewolf has changed beyond recognition, and now he is a fluffy, healthy and happy dog.

“When he runs, he bounces a little because of what happened to his hips. And when we return home, he wags the remains of his tail. It’s so sweet, but at the same time it reminds us of what he went through. We are so happy to have King with us now.” Tiana Bisby, King’s owner, says. 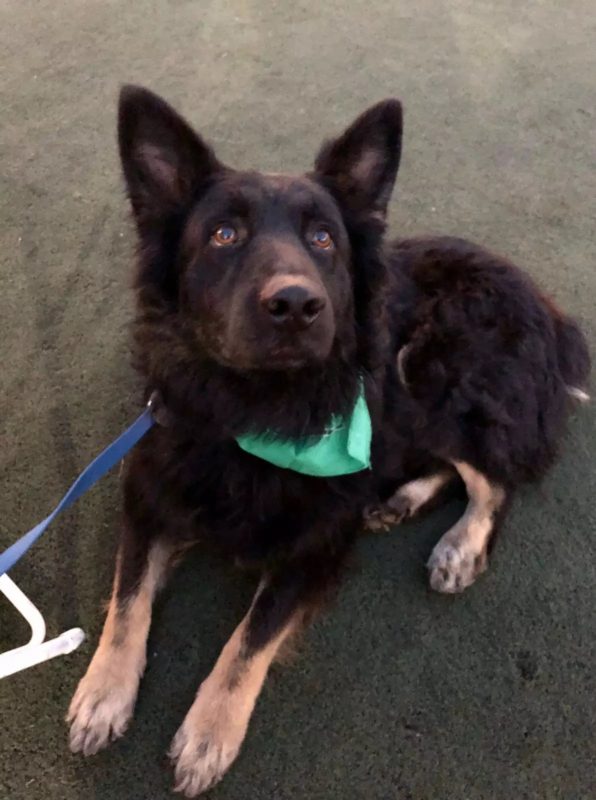 Thanks to love and care, the former werewolf has changed beyond recognition, and now he is a fluffy, healthy and happy dog.

Animals 0 31
A calf named Cupcake was born with a disability that resulted in deformed limbs.
Leave a Reply Cancel reply
Recent Posts