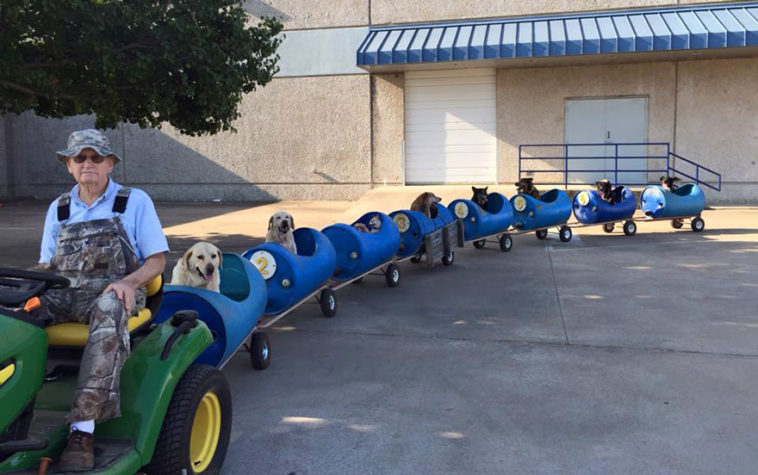 An 80-year-old man named Eugene Bostick, who lives in Fort Worth, Texas, decided to make himself useful. A man and his brother live on the street, where stray dogs often appeared. 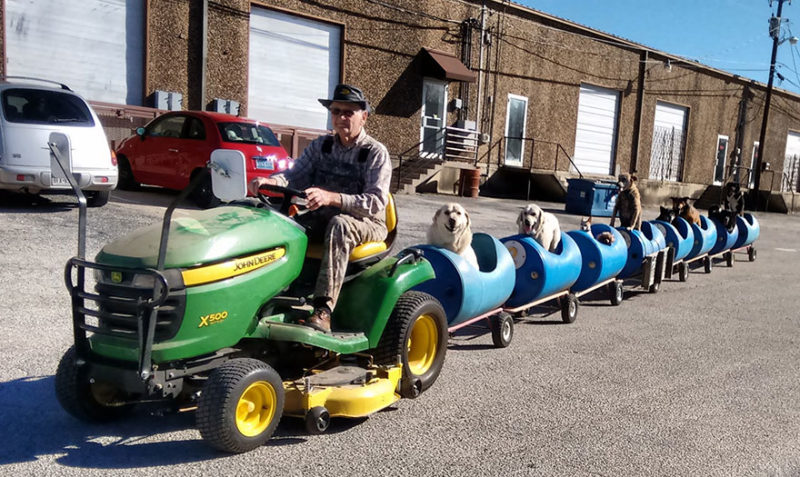 Eugene decided to build a house for stray dogs – so that they could spend the night and eat.

There was a lot of space in this house. And every day there was prepared food for all the stray dogs in the area.

For several years, Eugene helped the dogs. He fed them, created comfort in the house, and took sick dogs to the veterinarian with his brother.

Eugene had eight dogs in his care – with which he walked around the city almost every day.

After some time, the man decided to build a homemade train for dogs.

Eugene took the plastic barrels and made them into passenger dog wagons – which were linked one behind the other to the tractor.

Eugene spent some time teaching the dogs how to navigate the street in this homemade train and developed a habit for them.

Now, when a man sits on a tractor and drives out into the yard, all the dogs immediately understand that they will now go for a drive around the city and immediately all sit down in their seats in the train carriages. 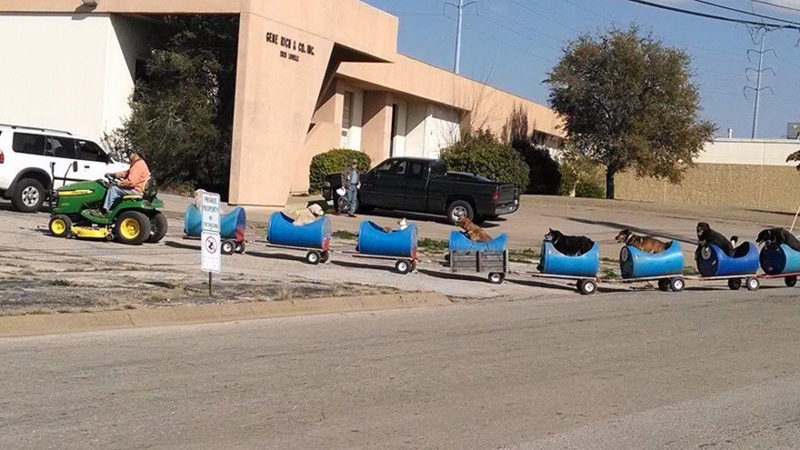 When people see a whole pack of dogs riding a small train on their streets, they get delighted and surprised. Because you don’t see this every day.

Passers-by take pictures of this unusual dog walk and share their pictures on social medias.

Interesting News 0 11
People meet, people fall in love, get married… Then, when they have children, life

This 40-year-old woman is having her 20th child, the life of this family will surely amaze you
Interesting News
0 311

27-year-old girl is often confused with an old woman: see what her children look like
Interesting News
0 44

Woman wakes up in the morning thinking that she is 19, although she is 34 years old: see what happened
Interesting News
0 51

110 cm man got married and became a father: see what his 2-year-old daughter looks like
Interesting News
0 227

After 10 years in Michigan shelters, a former abused Pit Bull is finally adopted by a loving shelter staff member
Animals
0 490