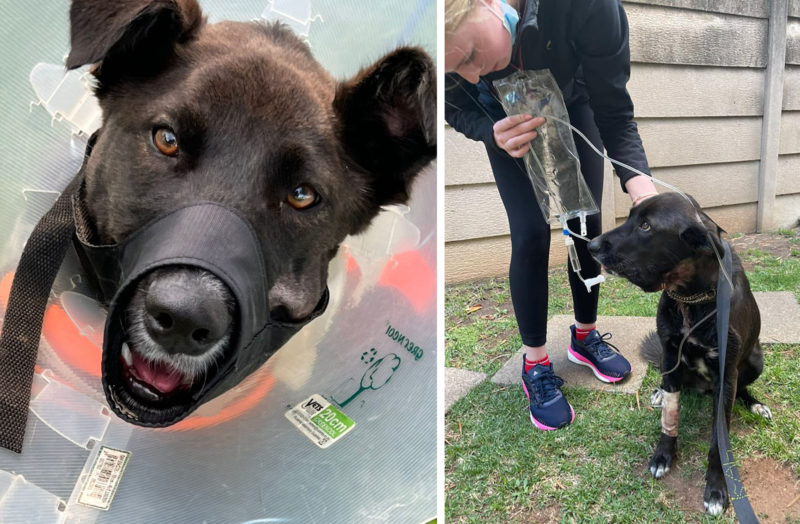 One day, a family from South Africa gave a shelter dog a home and their love.

Years later, Kei repaid them in full by protecting her owner from a fatal shot.

In early October, robbers broke into the house of the inhabitants of the African city of Benoni. 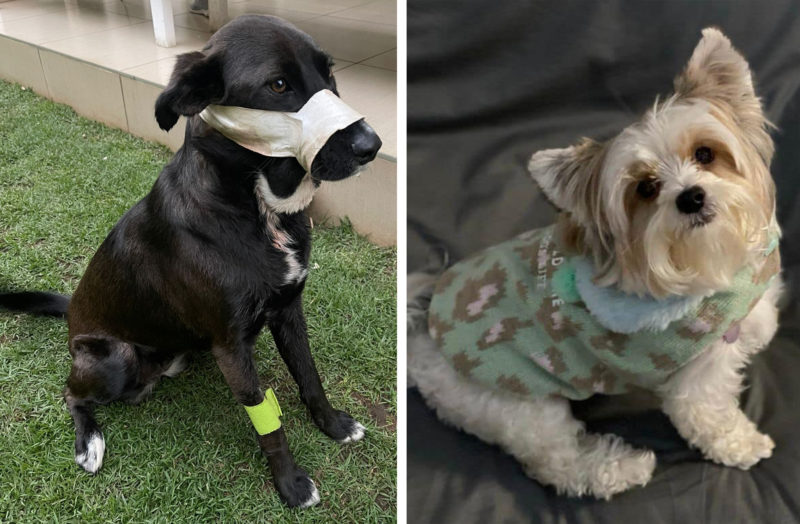 One of them immediately went to the bedroom, where he shot the owner of the house, the other was going to deal with the eldest daughter, but the family pet, a dog named Kei, blocked his way.

She rushed at the stranger with a force that none of her owners had seen before, and drive the bleeding criminal off.

Having escaped down the stairs, the robber stumbled upon the second dog – the Biewer-Yorkshire terrier Holly – and killed her with one shot.

The man met Kei again in the kitchen and pointed the gun at her snout.

The bullet shattered the dog’s jaw. Because of the pain and injury, she could not bark, but she still tried to find help by running to her neighbors.

The gates were closed, and Kei went to the lake, where she often walked with the owners to look for people there.

The surviving family members drove around the area for about an hour and found Kei lying on the grass at the very edge of the water.

The pet was taken to the hospital. According to veterinarians, the dog miraculously survived.

The bullet severely damaged her tongue, knocked out two teeth and crushed the bones of her lower jaw.

For many weeks, Kei was unable to eat on her own and was fed through a tube.

Once the dog was strong enough for surgery, the surgeons installed a metal prosthesis to replace the crushed parts of the bone.

Later, a post appeared on the SPCA shelter’s Facebook page in which the family thanked the residents of the city for their support and financial assistance – the townspeople paid most of the costs of treating the dog. 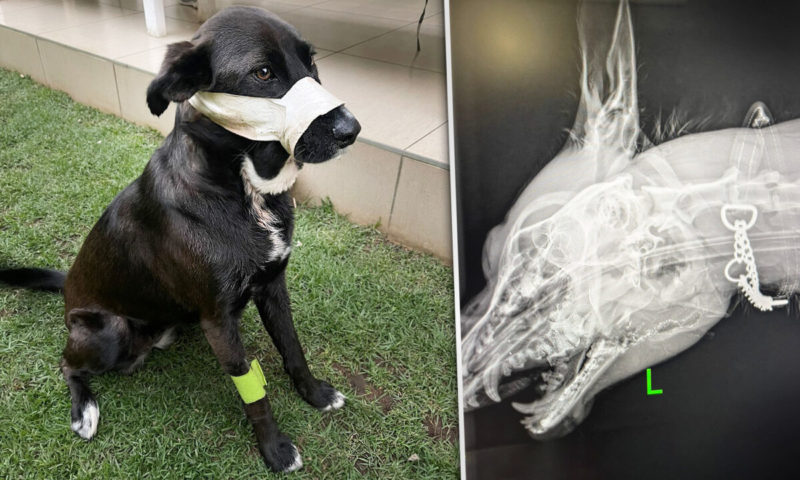 “We are very grateful and touched by your kindness, which helped us in difficult times for us. Thank you and everyone who helped Kei and our family,” the message reads.

The family decided to send the funds remaining after the operation to the Boksburg SPCA shelter – in memory of their second, dead dog, Holly.

The shelter management, in turn, expressed words of support and gratitude to the affected family and admired the heroic deed of their former ward.

“This is a perfect example of how a rejected shelter mongrel became a hero in an instant. Our shelters across the country have thousands of dogs like Kei waiting to be noticed and taken home. Take care of your pets, and we promise, one day they will repay you for your kindness!”

Instead of asking for toys for Christmas, an 8-year-old girl gives the animals at the shelter 600lbs of food
Interesting News
0 225