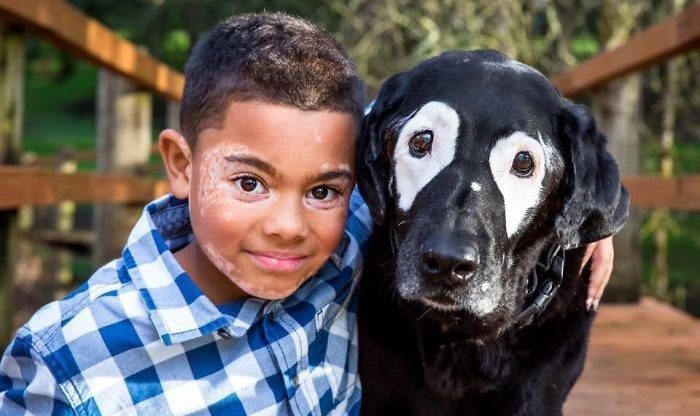 Being unique nowadays is a reason for pride. 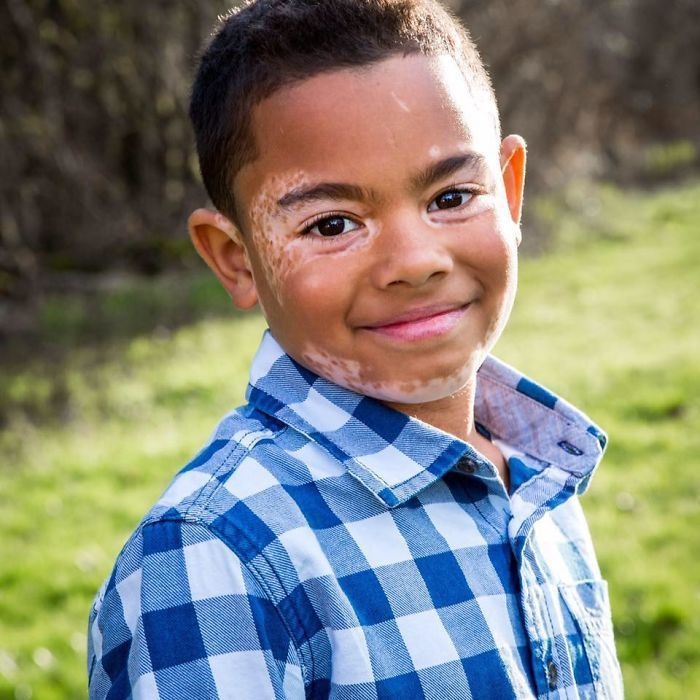 Being unique for a child is an occasion for endless reflections about one’s place in the society of peers.

Children don’t want to be different, they want to be like everyone else.

Especially when uniqueness is manifested in an unusual appearance. 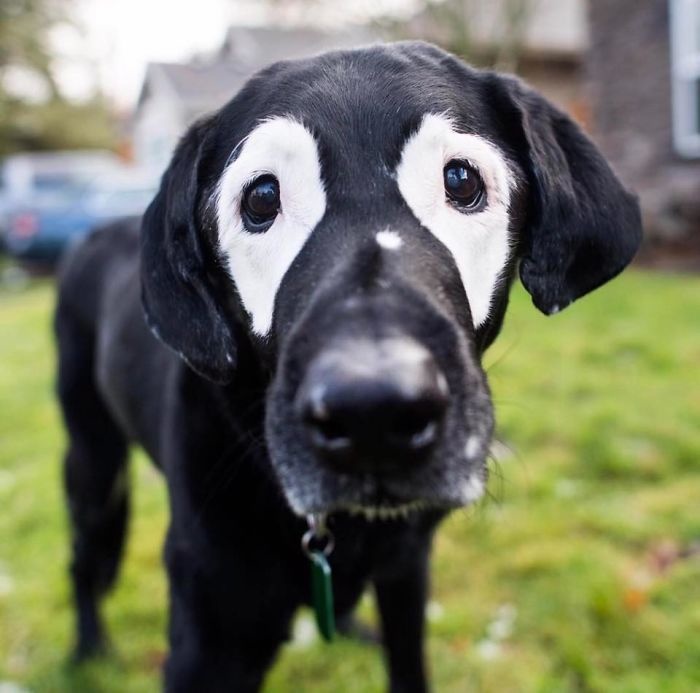 Carter Blanchard is an 8-year-old boy who suffers from vitiligo, a rare genetic disease that causes skin cells to produce uneven dark pigment.

His adoptive mother Stephanie Adcock said that Carter hated his skin, hated his appearance because it was too different from the appearance of others.

This continued until the boy met an unusual friend with the same peculiarity. 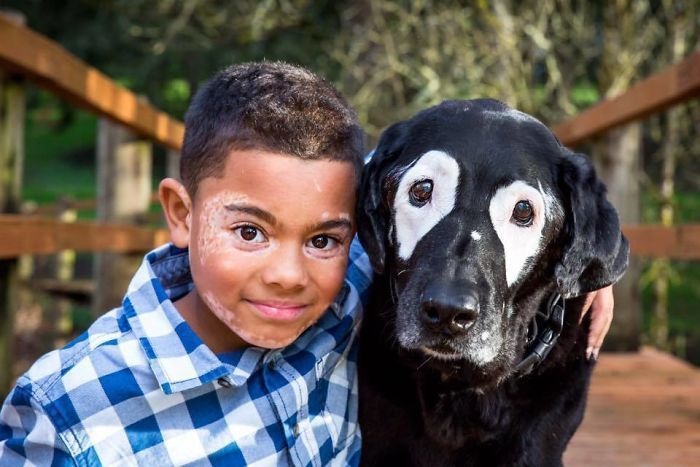 “The first thing he told me when he got into the car was that he hated the way he looked,” says Adcock.

It was hard to watch how the boy could not overcome the rejection of himself, his appearance.

Only a miracle could help him. And one fine day, a miracle entered their house in the form of a purebred black Labrador.

The 13-year-old dog’s name was Rhodey. He was diagnosed with vitiligo the same year as Carter!

Rhodey’s unique white spots have made him an internet star. Through the Internet, Carter’s mother found out about him. 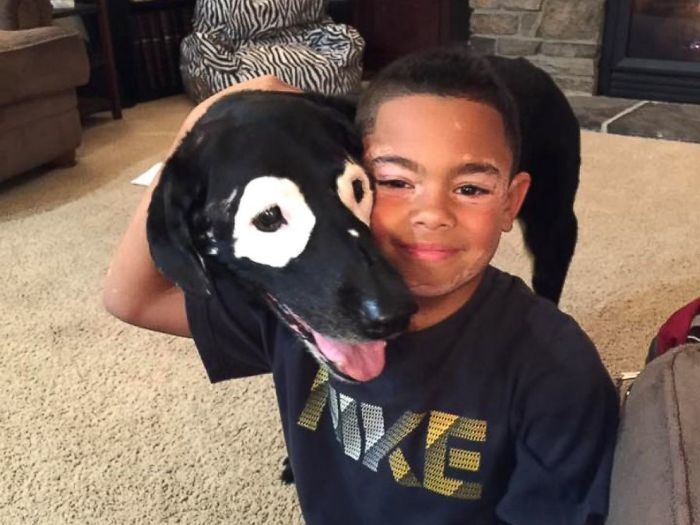 “I read about Rhodey having vitiligo and was shocked. Then I showed the article to Carter, and he was so extremely happy about the fact that there is a dog famous for his vitiligo.”

When Carter entered the room and met Rhodey, he hugged him like he’d known him all his life.

He made from complete rejection of himself to slight arrogance towards “normal” people.

“Carter says we have ‘boring’ skin because we don’t have vitiligo,” Adcock laughs.

A little boy has to do his homework under a dim street lamp, a millionaire notices him
Interesting News
0 539

Couple didn’t open their grandmother’s wedding gift for 9 years: when they did, it saved their marriage
Interesting News
0 106