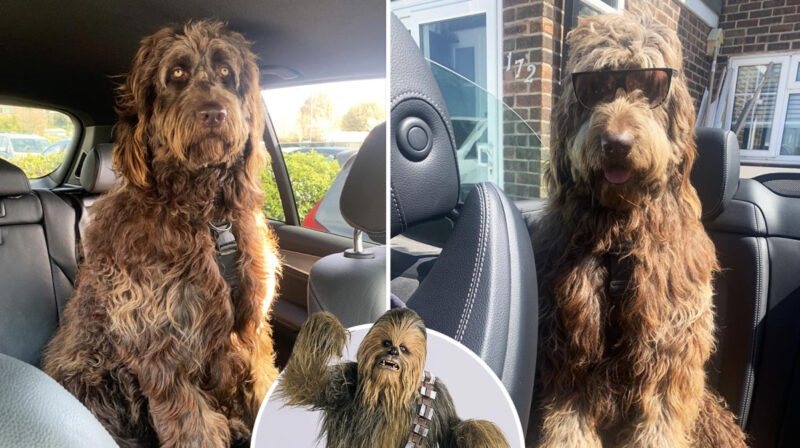 In the UK, the owners of a one-year-old puppy, Mylo, cannot walk with him calmly without attracting the attention of passers-by. 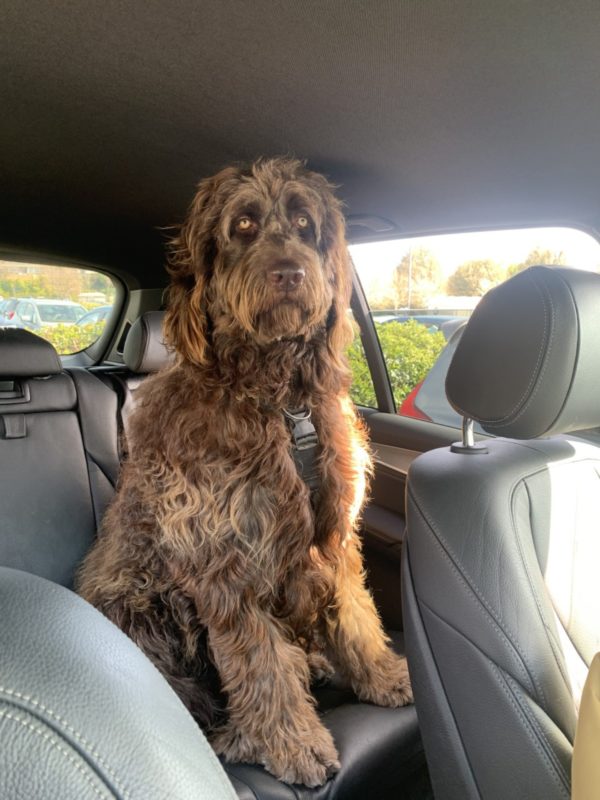 The fact is that he grew up huge and so shaggy that he is mistaken for a Chewbacca or a bear.

Doggy Mylo is of the Newfoundland-poodle breed. All other puppies of his kind were of medium size.

When Mylo began to grow, his owner Nina Ayling was pretty surprised: she did not expect him to grow so big. 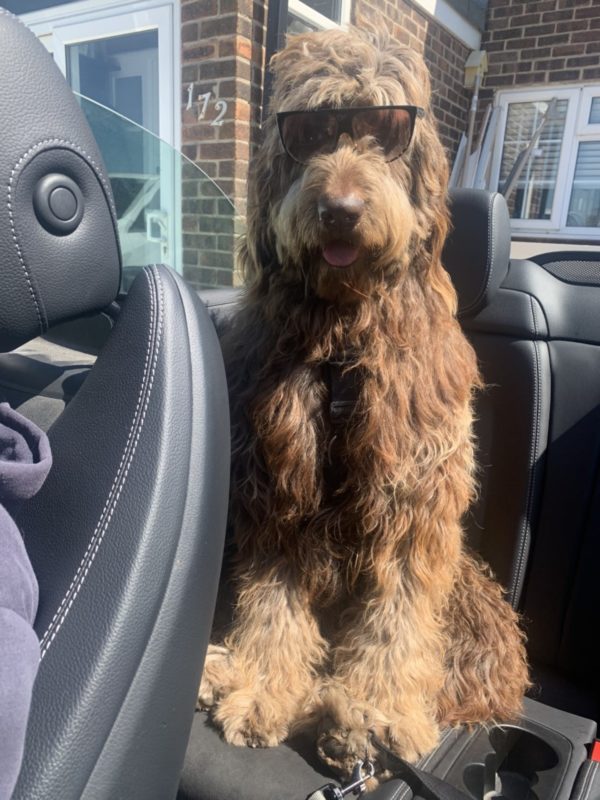 He is a celebrity in Shoreham-by-Sea in West Sussex. He is well known in the local pub: if Mylo puts his paws on the counter, he becomes as tall as the bartenders.

Those who see him for the first time cannot just walk by.

People who have never seen him look absolutely shocked.

“They mistake him for a man in a bear suit or say it’s Chewbacca”, – says Mylo’s owner.

This is a Wookiee character in the Star Wars movie saga. Chewbacca is a mechanic on Han Solo’s spaceship Millennium Falcon. He is humanoid and is over 7′ tall, covered with thick brown hair. Nina sometimes gets tired of answering questions about his weight and height.

As a joke, she even printed an explanatory sign for Mylo: “I’m Newfypoo. I’m nearly one years old. And I don’t know if I’m going to get any bigger.” 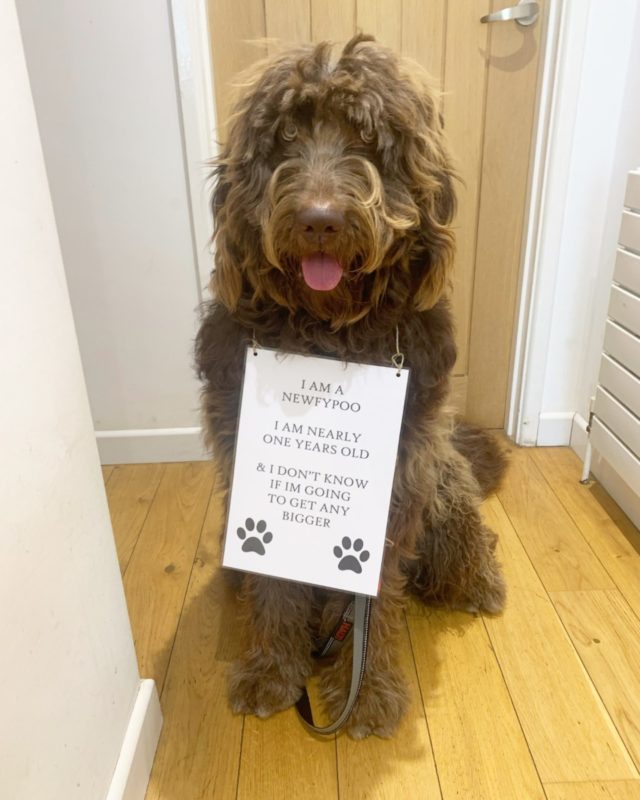 However, despite his size, Mylo is kind and absolutely not aggressive. He gladly goes to strangers and never attacks smaller dogs.

And the smaller dogs are all the others he meets on his way.