When Aisha Nieves from Allentown browsing the webpage of the Lehigh County Humane Society’s (LCHS) in intention to look for a dog to adopt for her two sons, she occasionally came across to a photo of a familiar dog.

After a close look, she was absolutely sure that it was her pet Kovu, who got lost 2 years ago.

She couldn’t believe in her eyes, that was really her beloved dog, who had a scar on his eye. 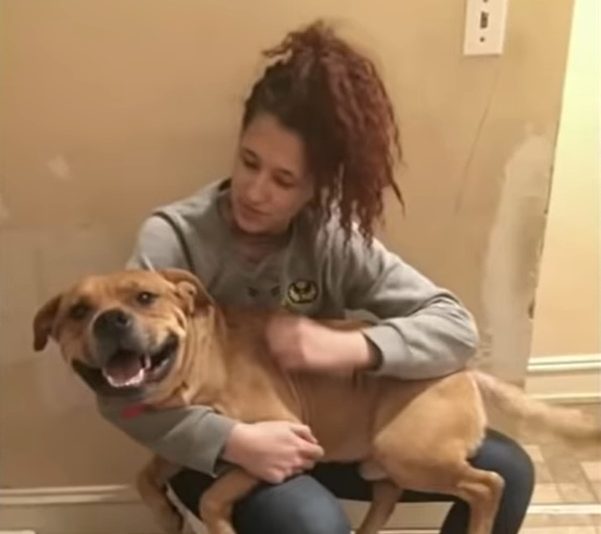 Aisha adopted him, when he was only seven-weeks-old. She named him after the lion cub Kovu from the Lion King’s animated film, because of the scare he had on his eye.

The woman took care of Kovu for about 5 years, but one day, when she came back from her work, she couldn’t find her lovely dog at home. Aisha was devastated, she tried to find her dog, but she was nowhere. Apparently, the dog escaped from the hole under her gate left by a car accident.

She was missed her dog badly, there was none to greet and kiss her, when she came back home. Aisha was pregnant at that time, and it was so hard in her heart.

The thoughts that Kuvo might be harmed or, even the  worst, (kidnapped or killed) made her cry. 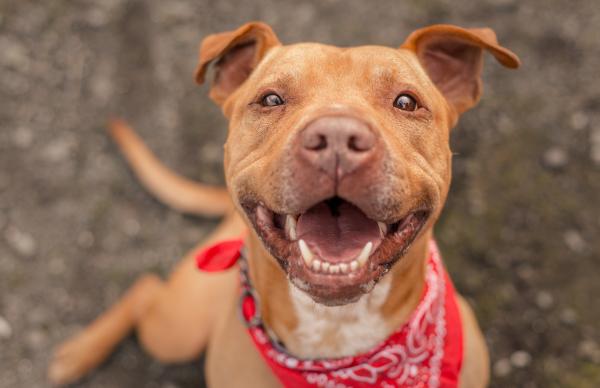 Aisha didn’t know that her dog was found after two weeks by a resident and brought to the local humane society. Kovu was later adopted by a family, who after 8 months had to return the dog  to the shelter, as their faced eviction. The dog was called Ash.

So, Aisha, contacted the humane society, explaining that she found her dog at their shelter’s web page. In order to receive her dog back, Aisha should bring a photo of him and an adoption fee.

When, Aisha went to the LCHS to meet her beloved pet, she worried, if  Kovu will recognize her or not.

As soon as Kovu saw her owner, he started to wag his tail. They hugged each other warmly  screaming and crying.