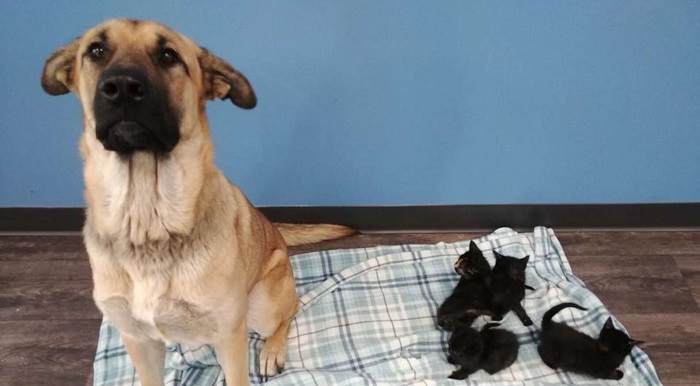 During the night frosts, a young Canadian woman was driving home to Ontario.

The beams of headlights showed an incomprehensible object in the darkness at the edge of the road.

The woman, just in case, stopped to check what was there, and when she saw, she almost burst into tears.

On the side of the road, in the dark, a stray dog ​​curled up in a ball. But that was not all.

It was not by chance that the dog chose this unsuitable place for spending the night. 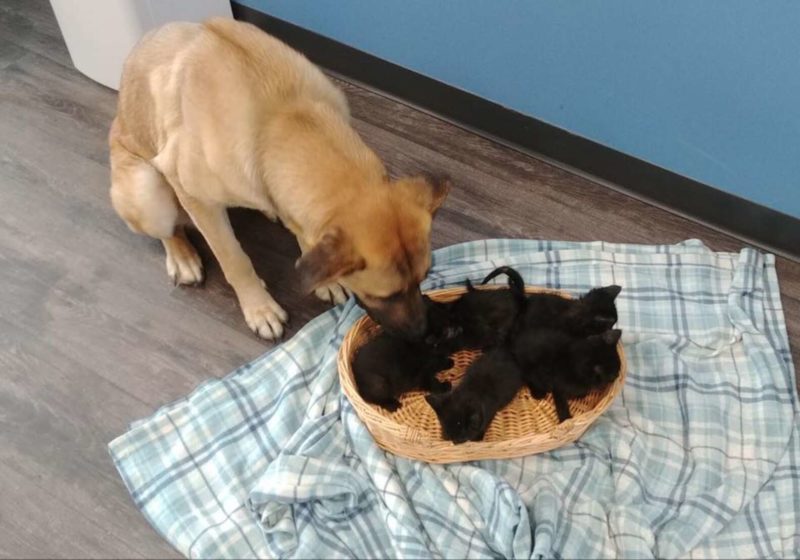 The fact is that she saw abandoned kittens on the side of the road – and lay down, hugging them, in order to protect the babies from the frost. A touching scene!

Of course, the woman could not go further as if nothing had happened – she loaded the four-legged into her car and headed to the Pet and Wildlife Rescue shelter.

She noticed that there is an emotional connection between the dog and the kittens. 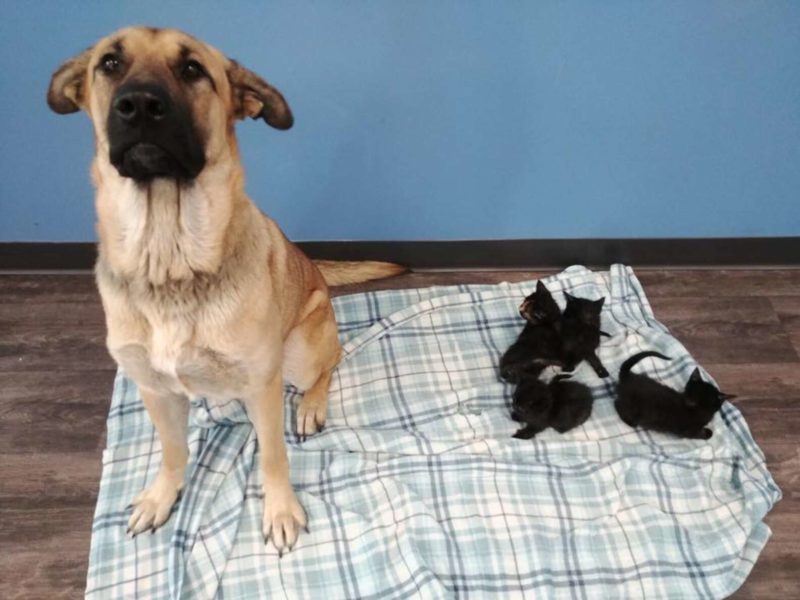 The shelter workers, after listening to the woman’s story, realized that the dog literally saved the kittens’ lives that night. Without her, they would just freeze.

At the moment, all animals have a roof over their heads, the kittens will have to undergo treatment for parasites.

The heroine dog still cannot get out of the image of a mother and looks after the kids as if they were family. 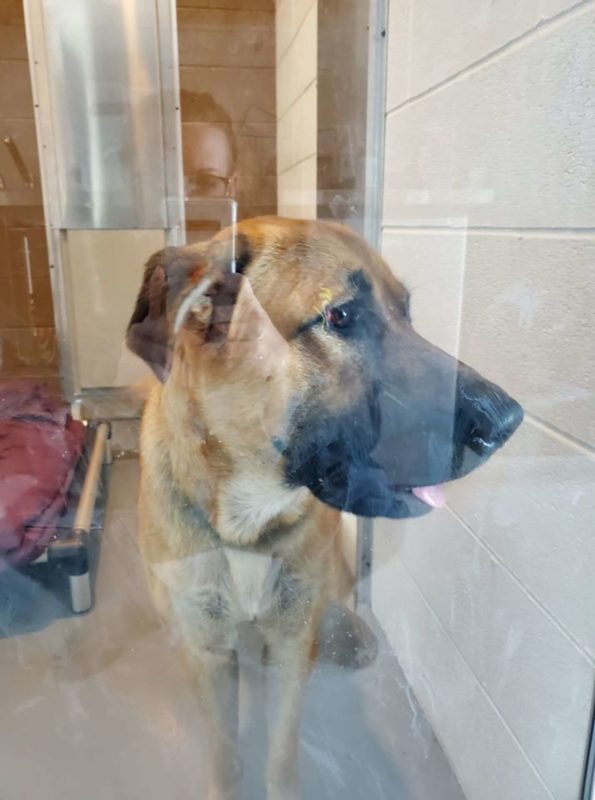 No one ever found out how the kittens ended up on a deserted road, whether they met the dog that saved them that night or earlier.

One thing is for sure: the mongrel is extraordinarily intelligent and extremely capable of compassion.

When the kittens grow up, they will be placed in good hands. Let’s hope that the selfless dog will be adopted too!

This woman’s body is 95% covered with tattoos: see what she looks like without them
Interesting News
0 3040

Meet the spectacular multi-colored Mandarin Duck, which considered one of the world’s most beautiful birds
Animals
0 299