It’s no secret that dogs are one of the world’s most selfless creatures on earth.

Even stray dogs, deprived of love and affection, and who have been mistreated, are capable of the greatest love and care.

Ake Srisuwan from Thailand posted touching photos on Facebook. In these pictures, you can see two stray dogs lying next to an elderly woman in the mud, as if protecting her.

The author of the photographs noticed this scene while walking along the river bank. He could not even understand whether this woman was alive or not. And if she was alive, why she was in such situation. 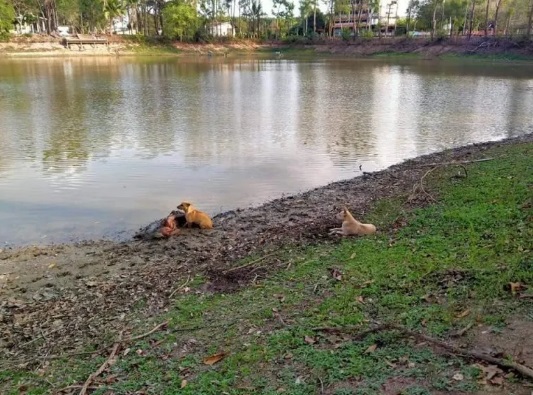 Approaching the scene and taking a closer look, he thought that the woman was sick or injured. He decided to ask the local people if someone knew something.

As a result, this old woman turned out to be a blind homeless person. She somehow fell asleep on the river bank, surrounded by two caring stray dogs. 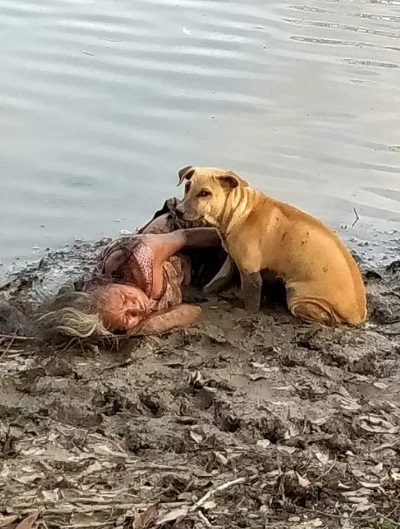 All this time, the dogs were next to her, protecting her. And not wanting to leave her alone in this state.

Since the area was considered unsafe, Ake, worried, decided to take the woman and the dogs to a safe place, to a local hospital, and ask for help.

The story spread so quickly that it reached the authorities. They soon responded with a decision to help this woman and the dogs find shelter and home. 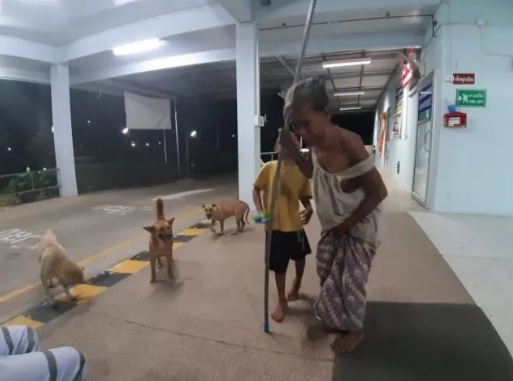 We hope that this woman and her two guardian angels will be fine, and they will find a home for themselves.

Woman has been eating only fruits for 7 years and does not brush her teeth, see how she lives and looks now
Interesting News
0 369