Solving difficult life tasks, saving someone from confusing situations – these are the direct duties of real policemen all over the world. 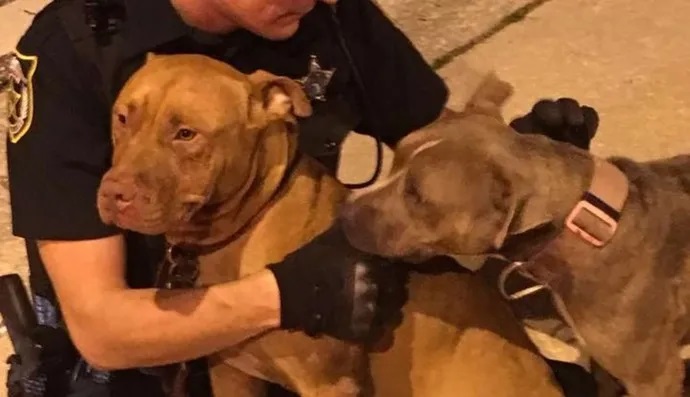 Florida’s Orange County law enforcement officers have proven their loyalty to the profession by helping two pit bulls left to their fate.

Before the arrival of the veterinarians, the cops gave the dogs first aid.

At 4:30 a.m. Patrick Hennesy came out of the police station on duty and saw two dogs, as if tied to each other. 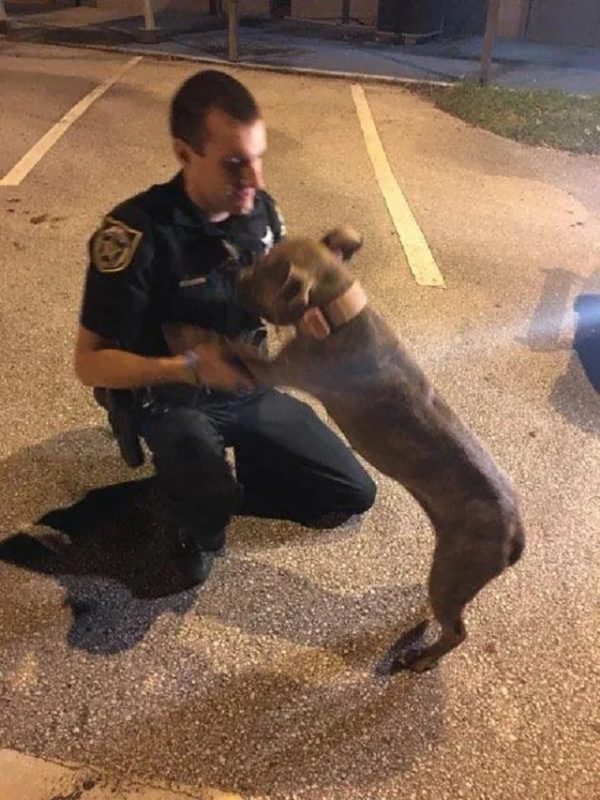 Coming closer, the cop saw that they were pit bulls – wounded and very emaciated.

They were clearly waiting for someone to help them.

Without thinking twice, Hennesy contacted his county sheriff’s office, from where two officers were sent to support Patrick until the veterinarian arrived.

The dogs, as if realizing that people would not harm them, relaxed.

They even allowed the cops to bandage them to stop the bleeding.

Veterinarians soon provided the dogs with qualified assistance, and after that the pit bulls were taken to the shelter. 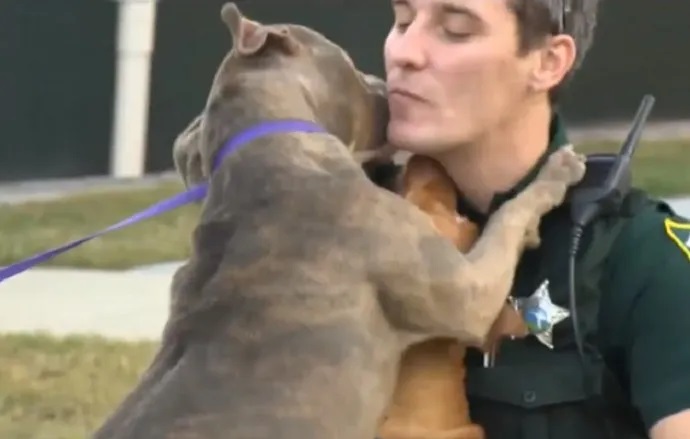 The cops liked the saved couple so much that they named them Justice and Liberty.

In the shelter, pit bulls came to life and recovered.

Dogs do not show anger towards people. On the contrary, they are drawn to them, showing friendliness with all their appearance.

The staff of the shelter are sure that Justice and Liberty will be an excellent addition for any family that decides to accept them.

After more than 20 years, 80-year-old man reunites with his long-lost siblings thanks to his dog
Interesting News
0 251

Puppy siblings, separated in childhood and adopted by different families, immediately recognize each other a year later
Animals
0 548

Heroic dog saved his owner’s life after accident, never stopping even as he hurt his own paw in the process
Animals
0 361