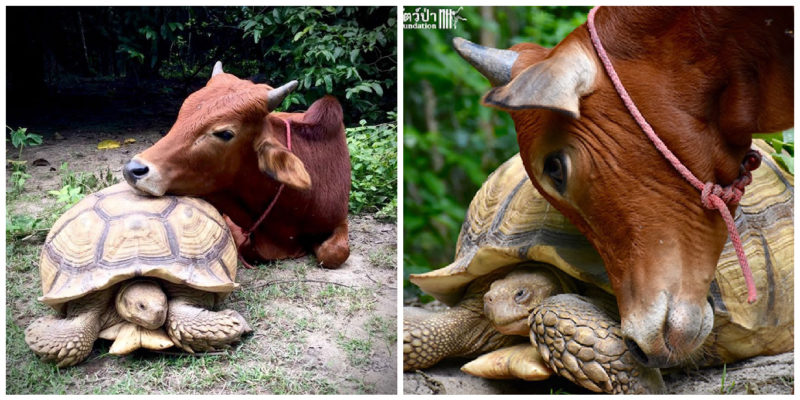 After one of the zoos in Bangkok, where Spurred tortoise Leonardo lived at that time, was closed, he found not only a new and cozy home, but also a friend. 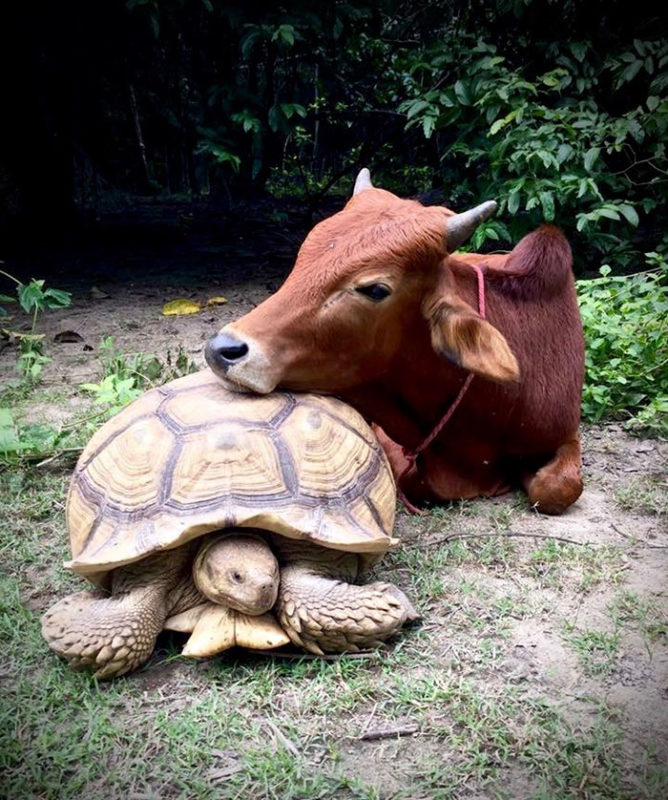 And the new home for Leonardo was the Wildlife Friends Foundation Thailand (WFFT) animal rescue center, where the tortoise came in 2013.

In this center, all animals are treated with special attention and love.

Leonardo simply could not have dreamed of a better home. 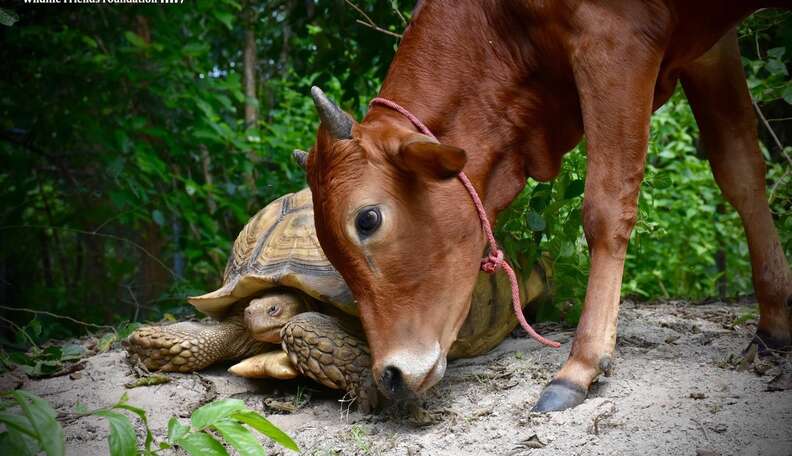 And while the tortoise was adapting to the new conditions of life, a small calf got into the center, by the will of an accident.

In February 2016, the calf was grazing with its mother. But suddenly curiosity got the better of it, and the baby managed to get into the vineyard.

When help came, his paw was severely entangled and damaged. And the doctors had no choice but to amputate the lower part of the limb.

The volunteers from the WFFT center did not remain indifferent to this misfortune and took the victim under their care, making a prosthesis for him so that he could again fully walk and jump.

The calf received the name Simon. And they were going to settle him with a similar animal in the shelter. But, as it turned out, Simon already had his own plans with whom he wanted to live.

“We temporarily decided to place him in a large open-air enclosure within the WFFT center until he recovers from his ordeal,” WFFT staff wrote on their Facebook page. “Later we wanted to move him to a clearing where the other two rescued cows were grazing.” 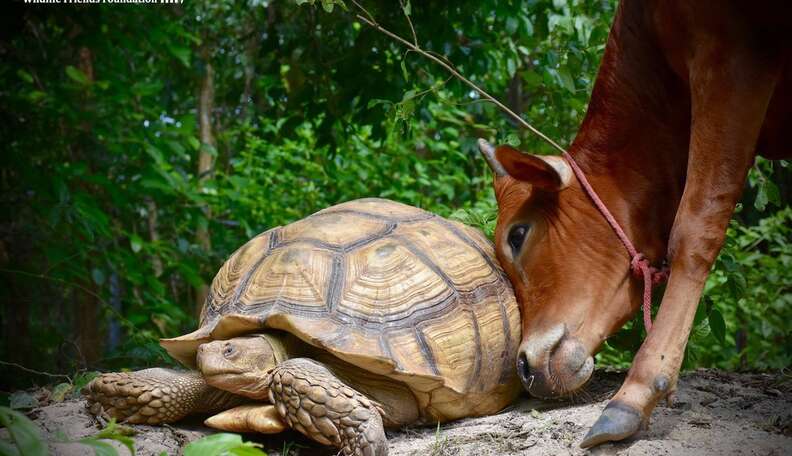 But then a curious calf, who always loved to taste and learn everything, met Leonardo. It was love and friendship at first sight!

“Much to our surprise, Simon and Leonardo have formed a strong bond,” says WFFT.

“You can often see them side by side: they eat together and relax,” the shelter staff say. “We hope that this friendship will continue to develop!”