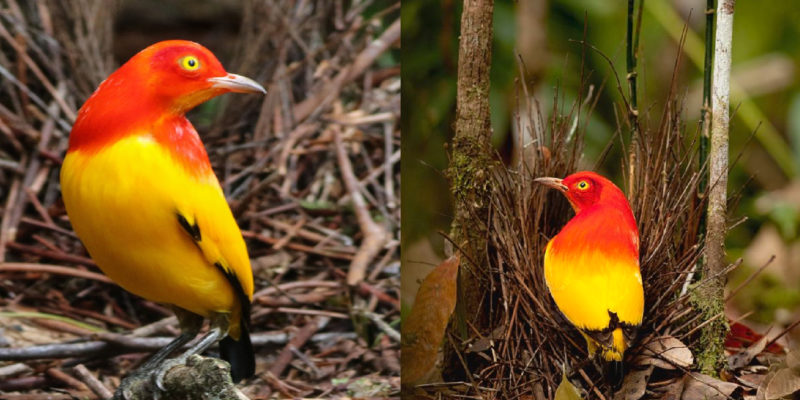 The flame bowerbird certainly lives up to its name.

In total, 17 species of bowerbirds are distinguished, which are found in the territories of Australia, New Guinea and nearby islands. 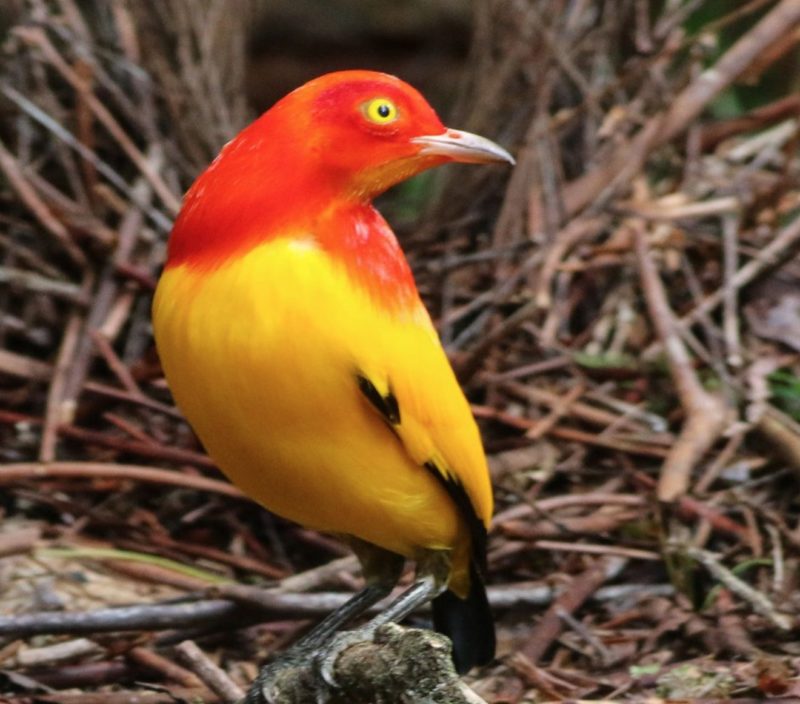 The main feature of these birds are their structures made of vertically standing twigs – bowers.

Some scientists compare the behavior of these birds with the behavior of humans. Indeed, there is something in common between them. For example, they are ready to kill a living creature (in this case, an insect) not for food, but to decorate their “home”. There is another living creature that is also ready to kill an animal not for food, but for decoration. This is a human. 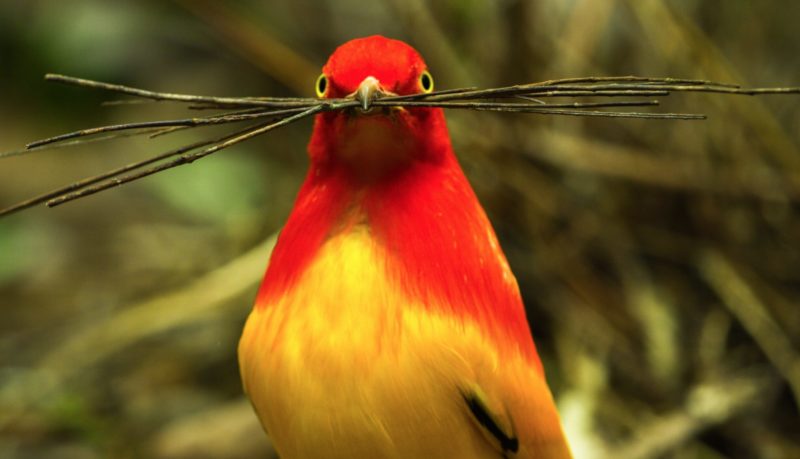 It is during the current period on earth that you can see the unusual designs of these birds, decorated with various objects, bright and not very bright – shells, flowers, dead beetles, objects shining in the sun, etc. In this way, they give their bower additional attractiveness.

Sometimes, in the race for beauty, it comes to the point that birds begin to paint the bowers with the pulp of fruits. The more beautiful this whole design, the more likely it is that the female will choose this particular male.

When everything is ready, the male begins to sing a “serenade”, calling the female to him. As soon as she reciprocates, she flies off the branch and slowly approaches the bower. If she likes the male and the bower, then she stays, if not, then she flies away. But the male in this case does not despair and starts his song again. 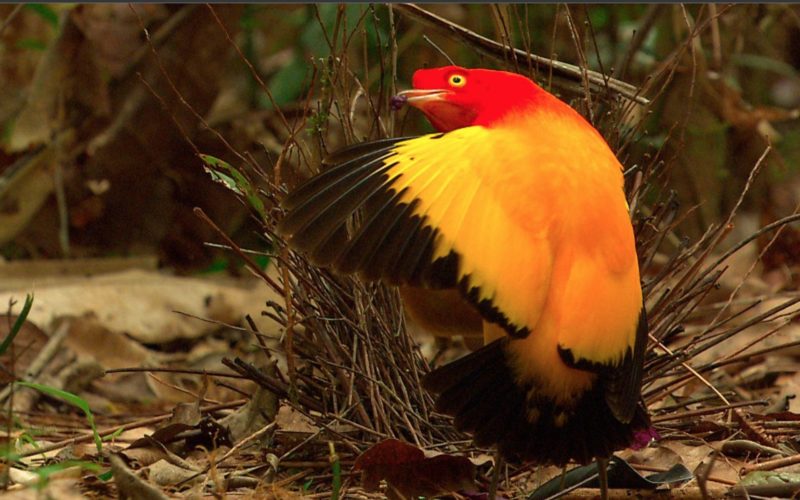 The constructed structure is not a nest for laying eggs. This place is only for mating. After fertilization, the female leaves the bower after some time and goes to build a nest and lay eggs.

The male does not take part either in incubation or in the upbringing of offspring. Bowerbirds are polygamous – in one mating season, one male can mate with several females. 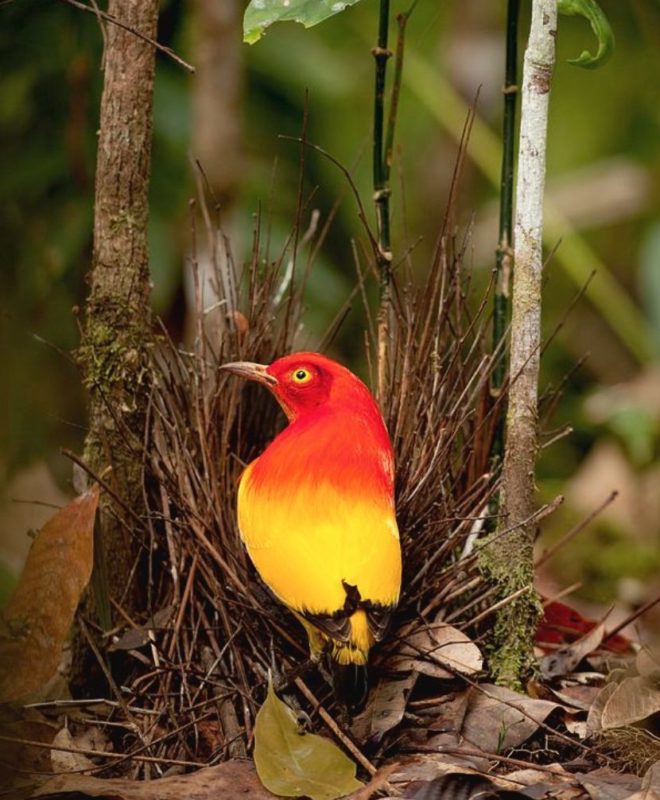 All the “trinkets” laid out in front of the structure are primarily intended for females, but males also use them to compete with each other. In achieving their goal, all means are good – they begin to drag these “decorations” from each other and can even destroy someone else’s bower.

It’s just a bower in order to seduce the female. The nest is half a mile away and is no different from a primitive sparrow’s nest.

For 25 years, all alone, this man created an underground fairy-tale world that will leave you speechless
Interesting News
0 33260