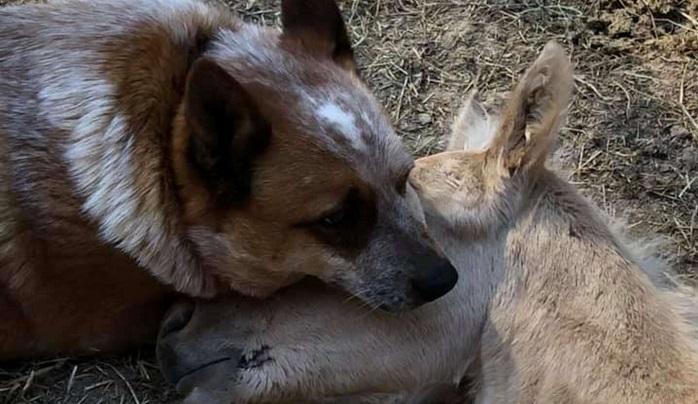 An Australian cattle dog named Zip lives in a horse-breeding family. The pet has never shown much interest in other animals.

He only occasionally looked into the stable and watched them. This would have continued that way if something unusual had not happened.

On that fateful night, the five-year-old dog realized that he was needed!

The mother of baby foal Tye fell ill a few days after giving birth. Despite the efforts of the owners and the right treatment, she was getting worse and worse.

The owner of the stable spent the whole night with the horse, hoping that she would get better after all.

Meanwhile, Zip came to the owner and began to observe what was happening. The dog whined, feeling that something was wrong. 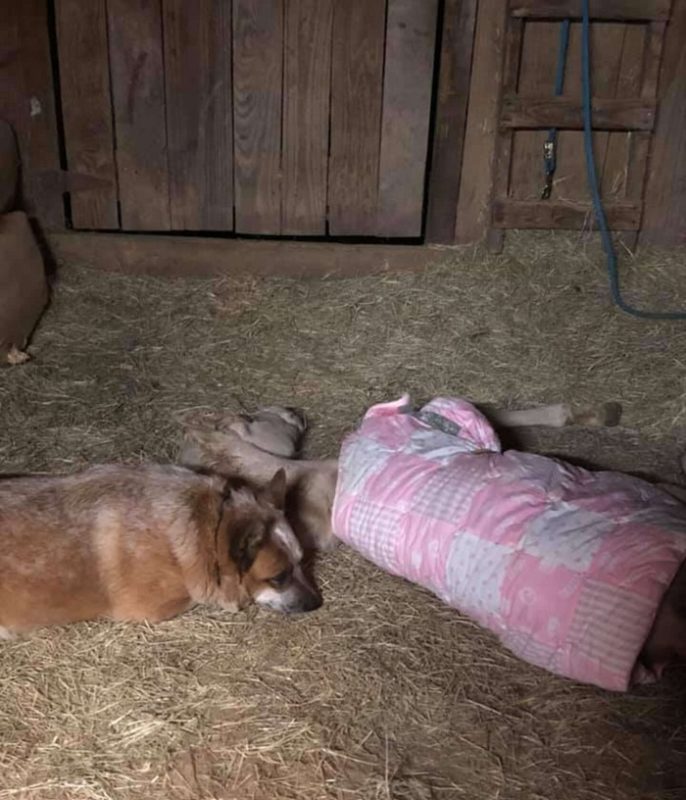 By the morning, baby Tye had lost his mother, but Zip did not leave him.

The dog spent all the time next to the foal, calming him with his presence. Tye felt happy when his new friend lay nearby.

An orphaned foal was sad without a mother until he met a kind-hearted dog. 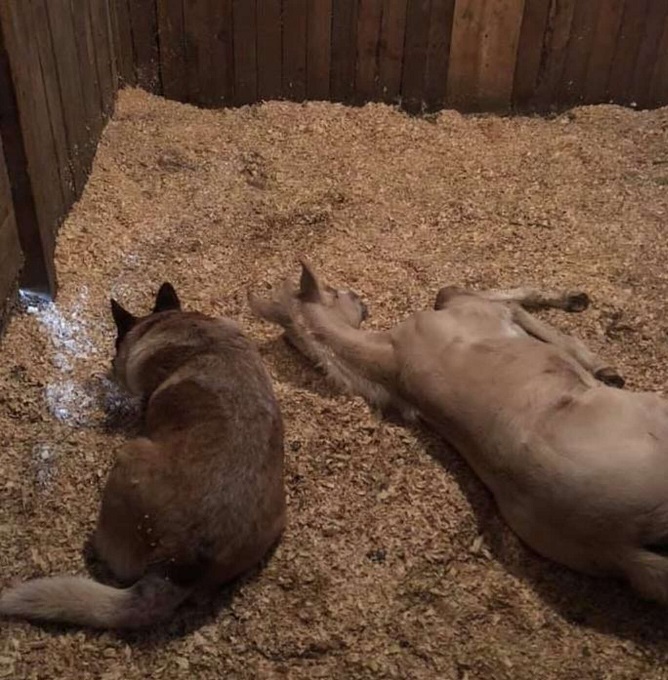 For six whole weeks, the dog did not lose sight of the foal! When the owner came to feed the baby, Zip ran after him and waited impatiently for the man to open the stall.

Tye quickly gained weight and turned into a young, healthy horse. Now the baby spends most of his time in the pasture with his older sister.

Zip realizes that his mentee is growing, and he needs independence. The proud “dad” no longer comes to the baby’s stall, watching his progress from the sidelines. 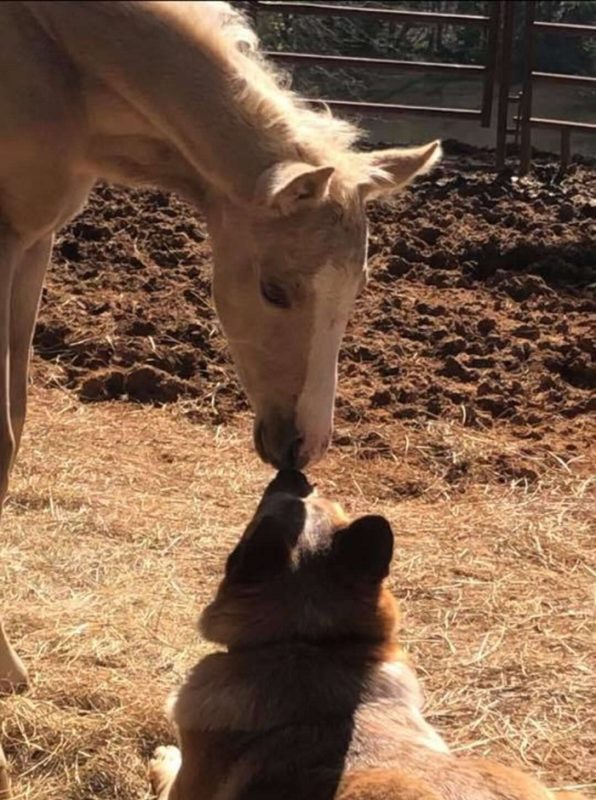 Zip was there when the baby needed him most!

The nice dog helped the orphaned animal, and his owners are sincerely proud of him.

People have built houses on the bridge and live on it as if it were an ordinary city street: see the video
Interesting News
0 148

Every life is important: 250-pound turtle hit by a boat gets private plane ride to sanctuary
Animals
0 197

The orca jumped out of the water to the height of a three-story building: see the rare shots
Animals
0 495