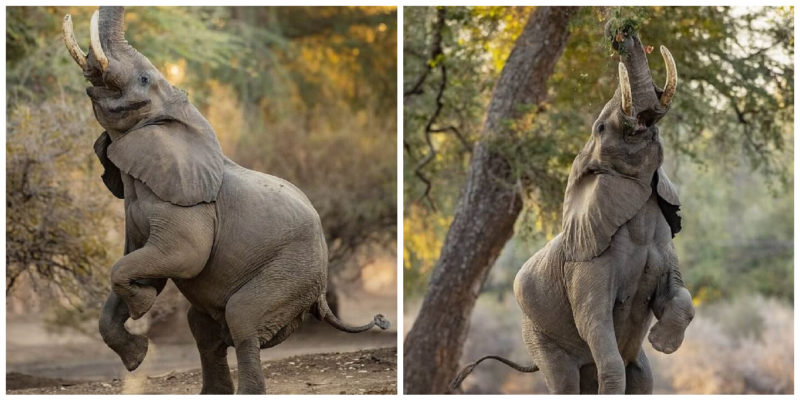 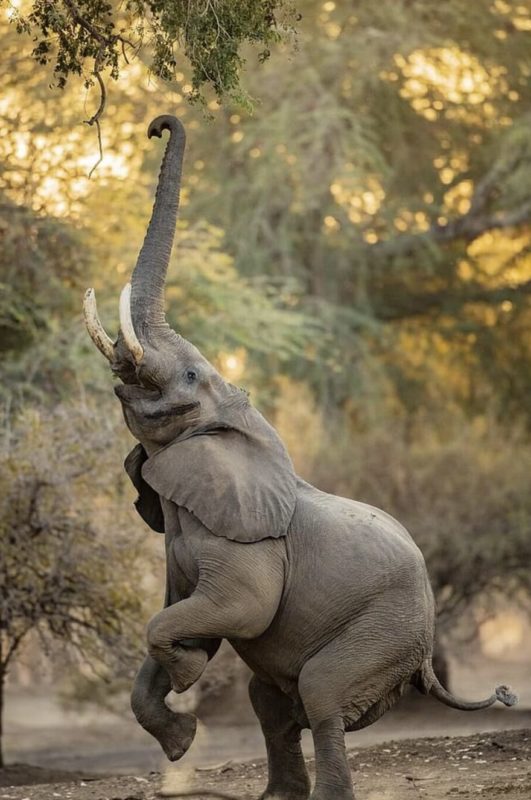 The elephant stretched out on its hind legs, stretching its long trunk towards the tree to reach the delicious leaves.

“It was a fantastic display of strength, balance and dexterity in its purest form,” says the photographer. 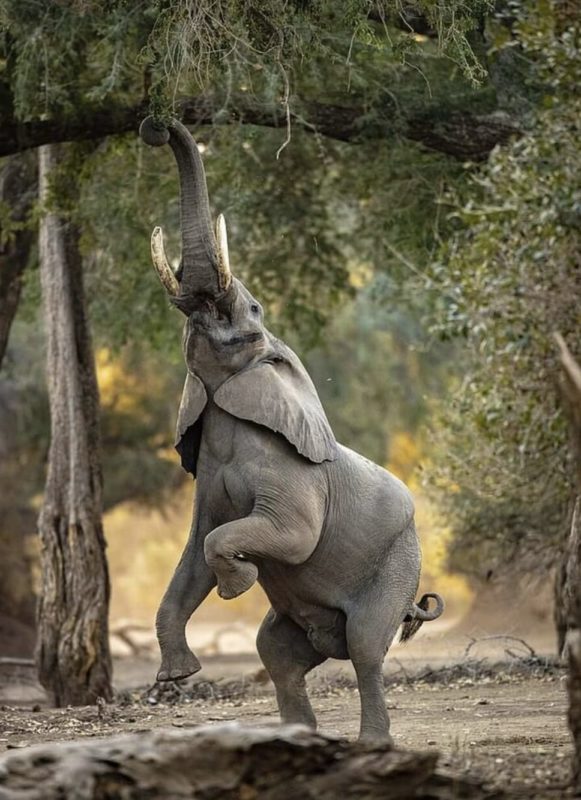 “He managed to reach the very best branches. Initially, this behavior is not typical of African elephants, I saw only a few similar pictures from Mana Pools.”

In fact, this behavior of an elephant is usually a sign of a lack of food in the area.

In this case, elephants are forced to reach for the foliage of the trees due to the lack of vegetation at their usual height.

At this time of year, parts of Mana Pools Park are arid. Therefore the elephants are forced to get out.

In the park, elephants live in complete safety. But these majestic animals were at serious risk of extinction a few years ago.

In 2011, ten percent of African elephants were illegally killed.

By 2017, this figure dropped to four percent – as experts believe, this is due to a decrease in demand for ivory in China. 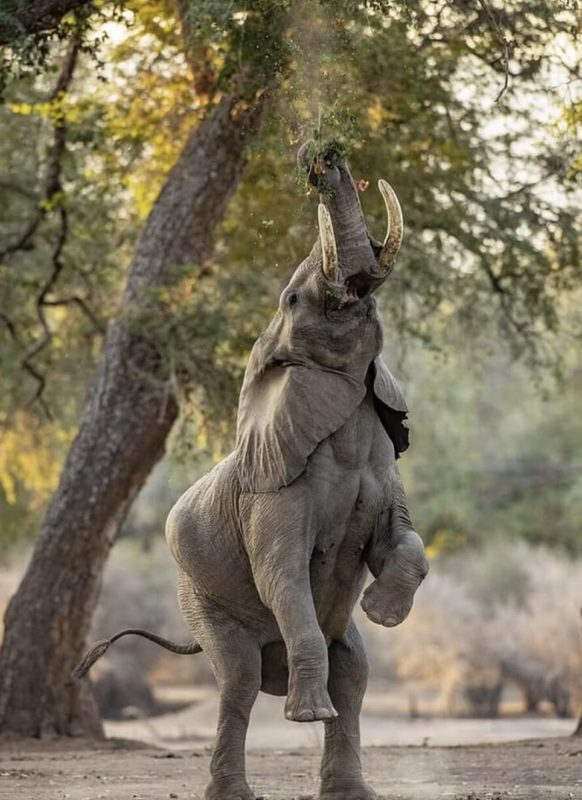 Over the past year, staff at Mana Pools have not found a single elephant killed by poachers, which is already encouraging.

However, elephants still face significant threats. Between 10,000 and 15,000 elephants are believed to be killed each year, rapidly dropping the population to just 350,000

Artists paint portraits of stray dogs and the pictures make them positively irresistible, so they find forever homes
Animals
0 243

Wild fox who was saved by a kind man, has returned the favor by comforting him as he recovers from eye surgery
Animals
0 407