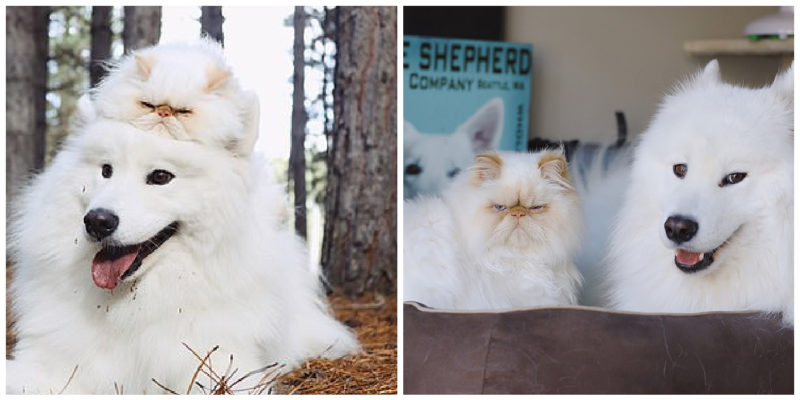 The two-year-old Persian cat Romeo in all the photographs turns out with such an expression on his face, as he is disgusted with everything.

In fact, this cat has the kindest and most gentle soul. 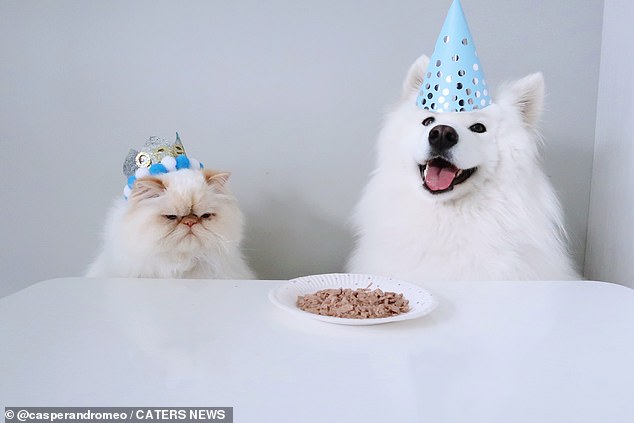 He loves to cuddle and climbs into the arms even of those guests whom he sees for the first time.

But most of all, he adores his half-brother and playmate, Casper the Samoyed.

Casper was already four years old when a replenishment appeared in the family. 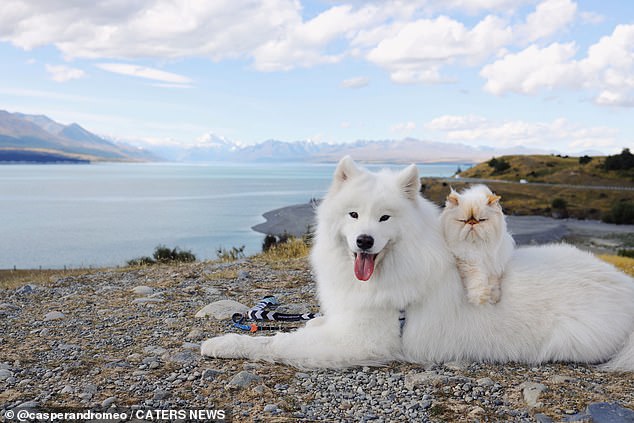 His owner Rinsa says that she always dreamed of having a cat, but she was afraid that the Samoyed would not accept it. 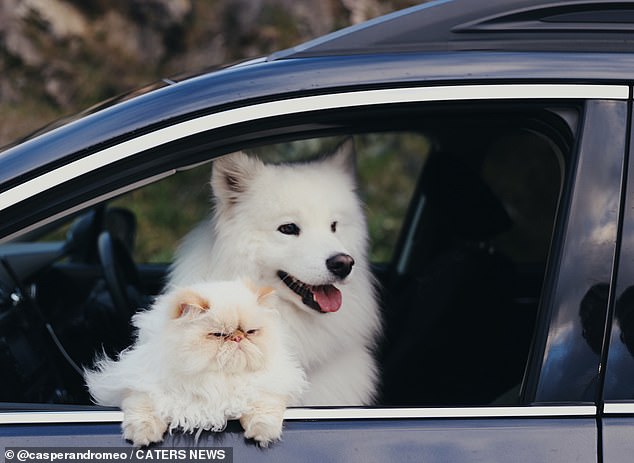 Then she brought the dog to visit friends who had a cat, and found that Casper treats cats without prejudice.

When she brought home Romeo – a small kitten that looked like a tiny cloud with barely visible eyes – she first decided to put him in isolation for at least a week.

The girl planned to start introducing the pets gradually. But Casper was very curious and persistent.

He did not leave the door, behind which the newcomer settled and sniffed the air all the time.

Then Rinsa decided to bring the pets together. And everything worked out! Romeo was a little scared at first – after all, for a kitten, the Samoyed was a real giant.

But as soon as Romeo got nervous, Casper retreated. Now these two do not depart from each other, and sometimes it may seem that Romeo has a dog’s soul, and Casper has a cat’s.

Romeo is the real king of the house, but he does not leave Casper, follows him wherever he goes. 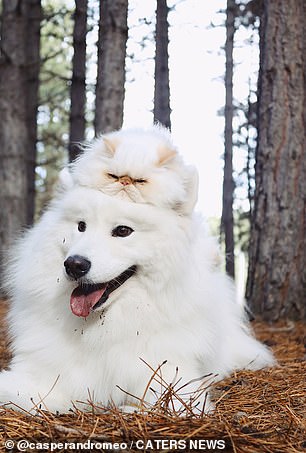 “This warms my heart so much! I like waking up with both of them every day; I can’t imagine life without them,” Rinsa admits.

Friends travel a lot together. Every day, Rinsa takes the Samoyed out for a two-hour walk, and his younger brother hurries with him.

This summer, Rinsa with her pets went on a trip around the country in a small trailer. 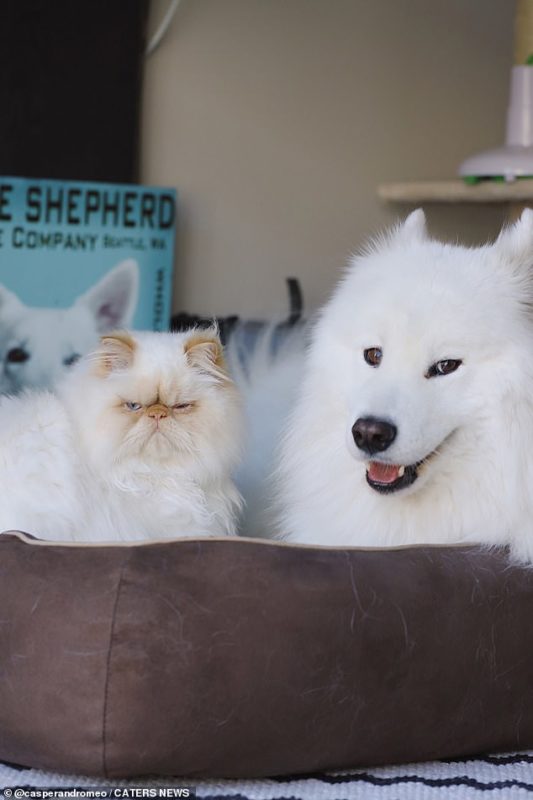 Romeo was very pleased, not a single dissatisfied meow was heard from him. At any parking lot, he always happily jumped out of the trailer to see where their mom brought them.

Now they have 41,500 followers on Instagram following their adventures – and they just love this odd couple.