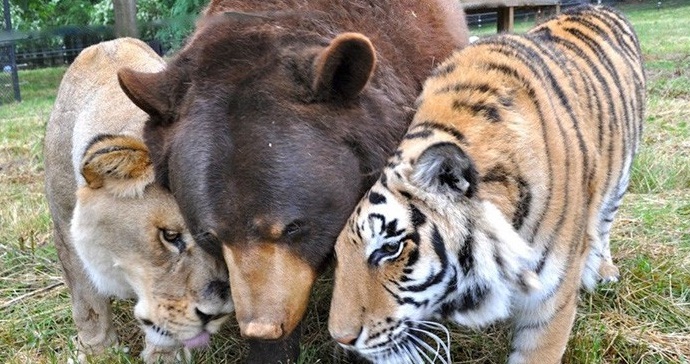 We have seen many unusual animal friendships: dog and elephant, cat and fox, giraffe and ostrich.

Yet no story like this has ever been more impressive than the story of this trio – the American black bear, the African lion, and the Bengal tiger.

This quirky company has lived in perfect harmony for many years.

They were found as young cubs during a raid on the house of drug dealers in 2001. The animals were kept in terrible conditions and mocked in every possible way.

So, for example, Leo the lion cub was kept in a small cage, in which he could hardly fit, because of this he had a large wound on his nose. 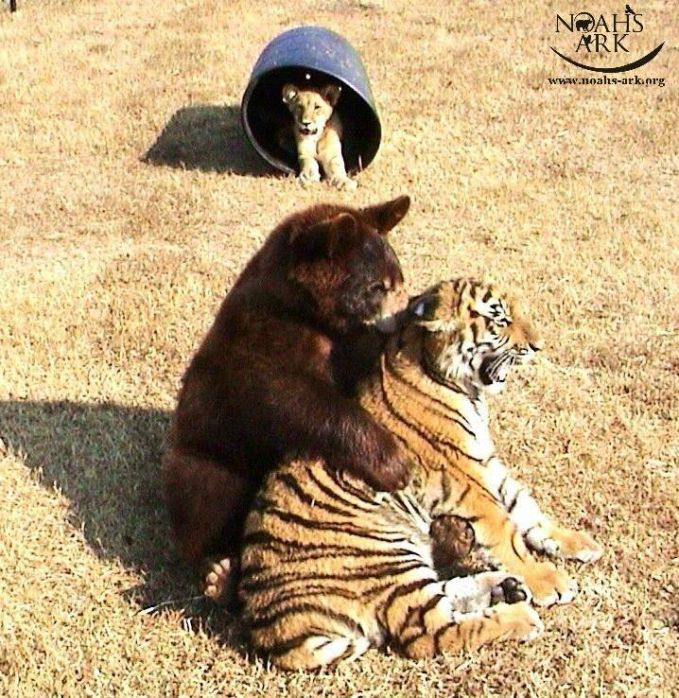 The little bear cub Baloo was in a harness all day and night, and it had grown into his neck. He had to undergo surgery to remove an ingrown harness.

And this was the only time the trio had to be separated. But since then, they spend every day together. 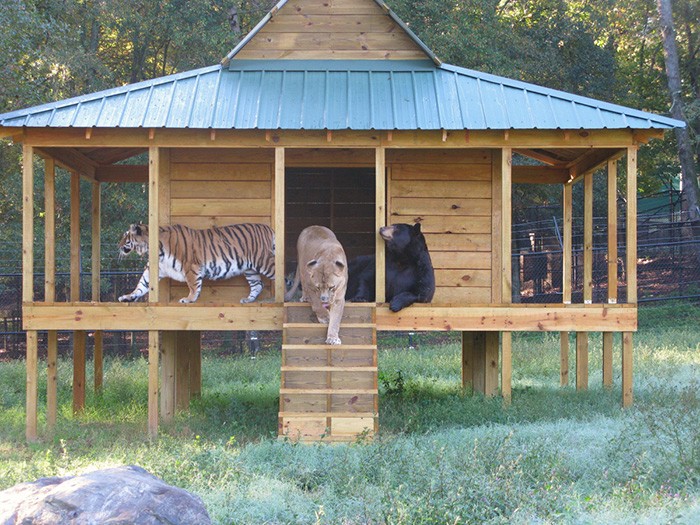 The animals were donated to the Noah’s Ark Wildlife Relief Organization.

There Leo the lion cub, Balu the bear cub and Sherkhan the tiger cub received veterinary assistance and proper care.

Friends were placed in different cages, and the staff of Noah’s Ark began to feel that the health of the animals deteriorated.

They refused to eat and were sad all the time. Then the management decided to take a chance and put the lion, tiger and bear together.

Much to their surprise, they are on the mend, and their friendship has lasted for more than 15 years. 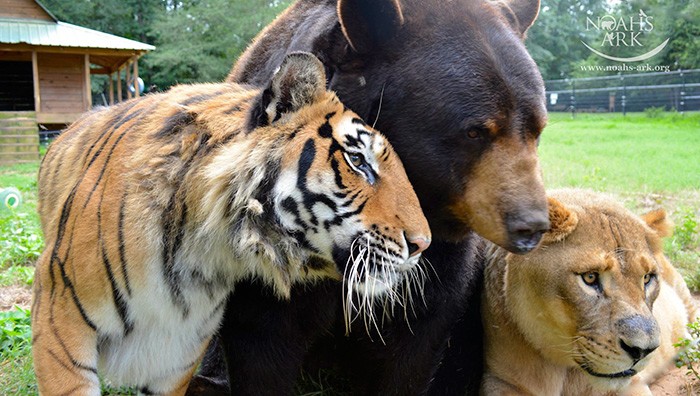 Two dolphins, stolen from their home and sold to an entertainment park, get their first taste of freedom
Animals
0 198