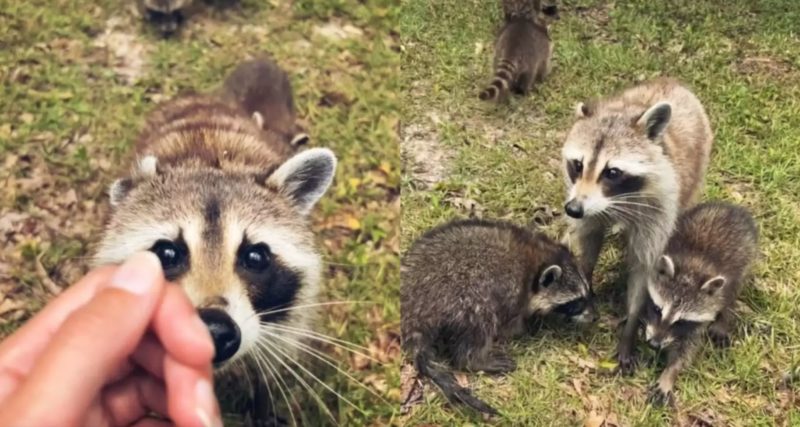 In April 2021, Brittany Seidel bought a new house and got a new friend with it – a raccoon named Roxy.

The previous owners of the house often fed animals and birds, so Roxy approached their home without fear when she wanted to get a treat. 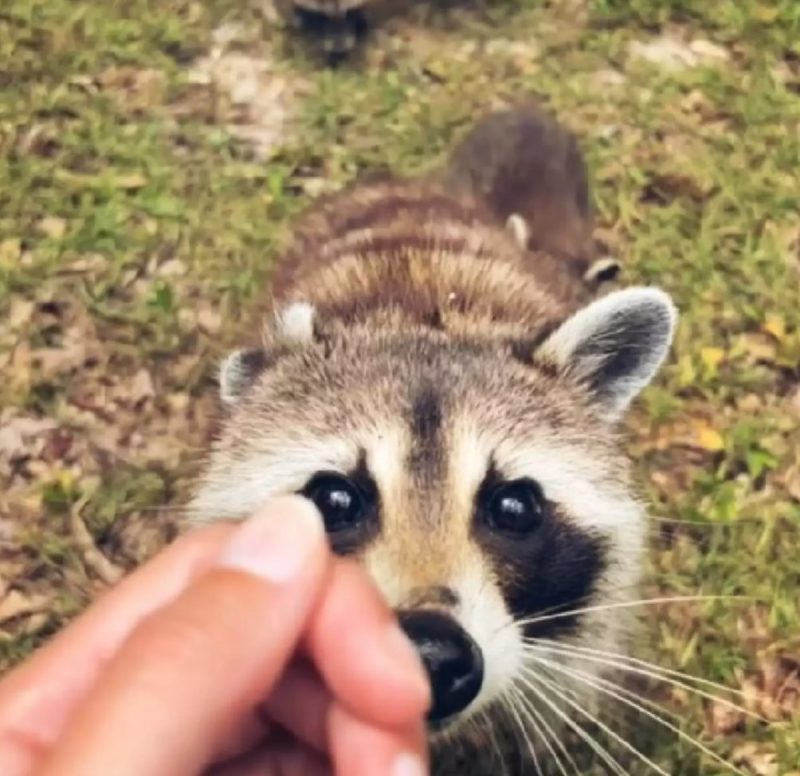 “They told me that sometimes a raccoon comes right up to the door, but at first I didn’t believe it. About a week after moving in, I was cooking dinner when I heard a knock on the door.” Brittany recalls.

Roxy was standing outside the door, and despite her great surprise, Brittany fed her anyway.

After that, the raccoon began to come regularly and eventually became friends with the new mistress of the house.

In early May, the woman noticed that Roxy looked like she had recently breastfed, and realized that she had babies.

The mother raccoon confirmed this one morning when she brought the babies to meet her new human friend.

Brittany was moved to tears by this cute visit from the raccoon family, and she decided to do something nice for them.

“I bought a small pool for Roxy and her babies, so they can swim and play. They were very happy.” Brittany said.

Caring for Roxy helped the woman understand what she most wants to do in life.

She is currently in the process of obtaining a license to open a non-profit wildlife rescue organization.

“Roxy has had a positive impact on my life and brought me a lot of joy. I look forward to meeting her every day. She really became a family member for me.” the woman confessed.