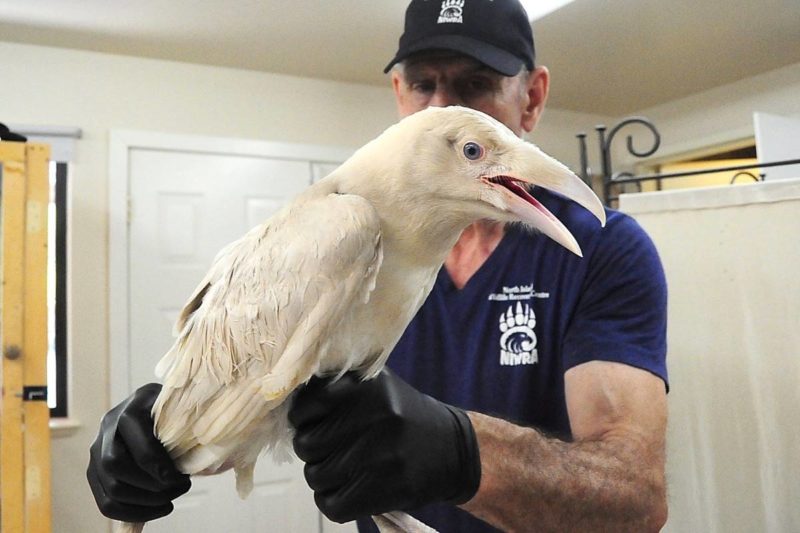 It was in May, when a white raven, found by rescuers in British Columbia, was taken to the North Island Wildlife Recovery Center for further investigation.

The poor bird was saved just in time, as it had serious health problems.

The Recovery Center paid a great attention to this rare bird and did everything to take care of it properly.

Thanks to their efforts, the white raven’s health soon was out of danger, even more, it improved.

This beauty of natures, are not only extremely rare birds, but very gentle creatures. 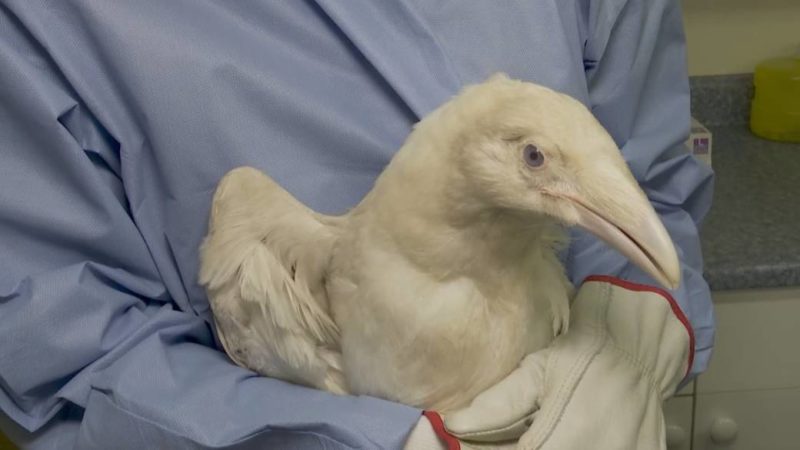 Their immune system is also disturbed and very delicate. This is especially when they get sick or some injury.

Thus, they have less chance to survive. That’s why they are considered to be very precious birds, who are as gentle as flowers.

According to Derek Downes, who was treating this raven at the Recovery Center, assured that the state of the bird is getting well. 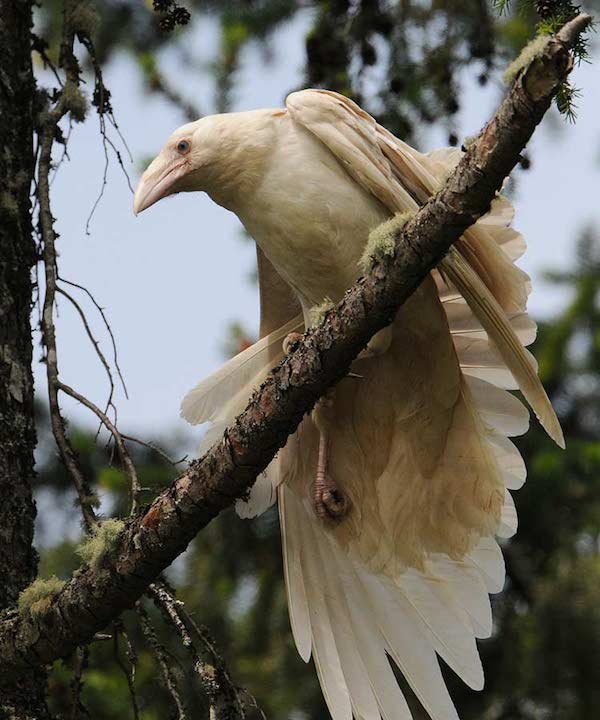 After receiving antibiotics, now it is infection-free and ready to receive vitamins, which will make both its health and immune system stable and protective.

Derek also added that the stresses have a bad impact on the health of these rare birds, which also damage their immune system. 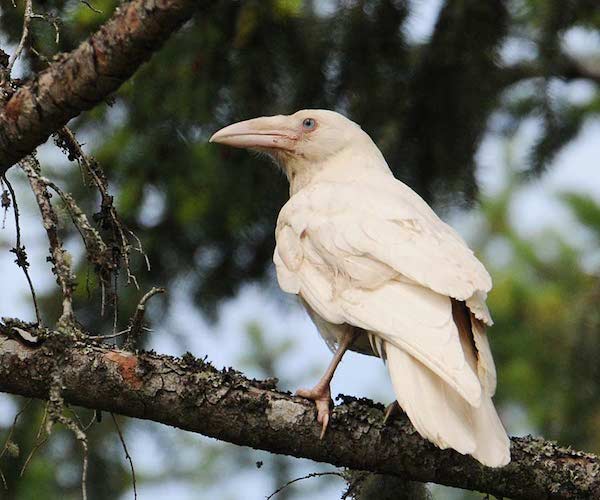 Though the treatment process is  slow, it has positive results, even more: the sick bird, who initially was fed by means of tube, now eat by itself, its appetite made better.

Though white ravens are so rare, these birds are popular in folklore.

According to a North American folktale, ravens initially were white, but they covered in black color, after giving fire to humanity.

Animals 0 3
Freda Watson of Winnipeg grieved when her cat George, whom she called her “little