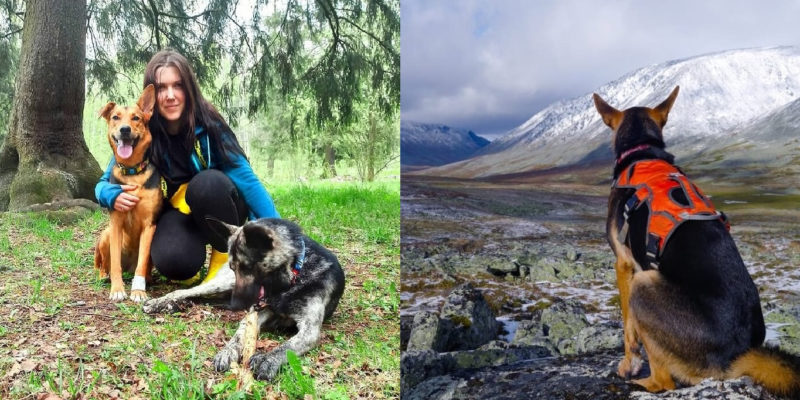 Married couple Andrew and Love made one dog happy by adopting her from a shelter in 2019.

And six months before that, the former owners tied the dog in the middle of a busy street to a post and left her. So the baby got to the shelter, and then to a new family. 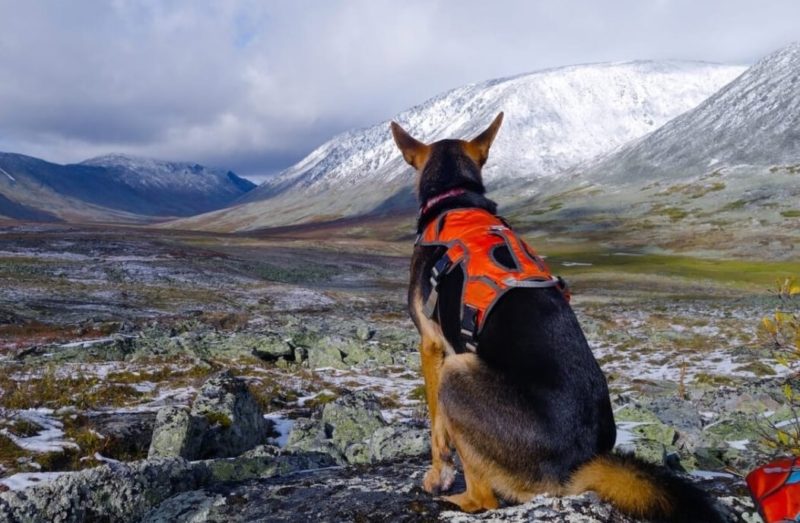 The pet was named Taiga. The shaggy girl, like her owners, has turned into an avid traveler. This trio traveled all the nooks and crannies of the vast country.

And then the three of them got bored, and the couple decided to take another dog from the same shelter. So Altai appeared in their lives, which was previously called Jango.

The dog’s past turned out to be even sadder. He was also found tied up, only it was in the forest, and not in a crowded place. And besides, the dog was wearing a muzzle. 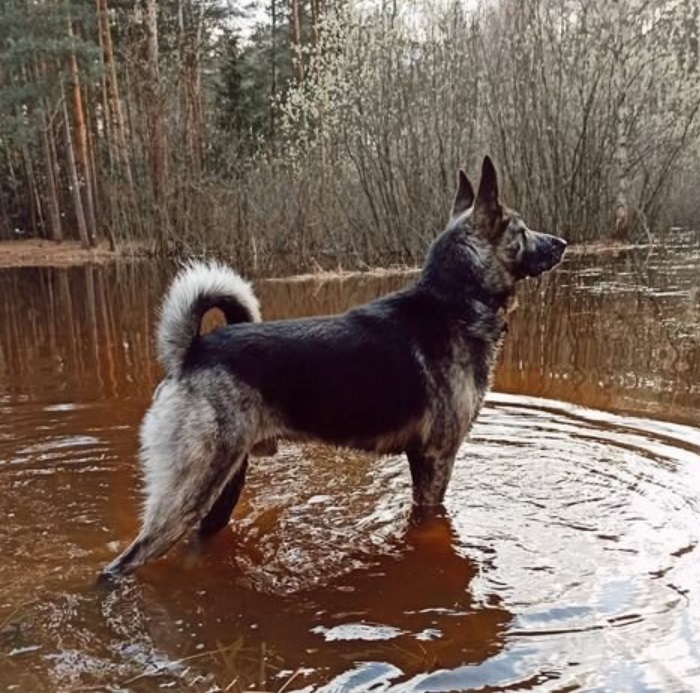 The shaggy poor fellow had to endure this betrayal.

The dog had no chance of salvation, but he was lucky. Mushroom pickers walking nearby heard the whining of the unfortunate animal.

The pet spent about a year in a shelter until he was chosen by Andrew and Love. Now Taiga has a friend and travel companion.

The thorn in the eye of the dog appeared in the shelter. The dog’s vision was restored, now he will have to visit an ophthalmologist for further treatment. However, the thorn can not be removed.

The dogs are complete opposites. If the girl is independent and does not like special attention, then Altai is a kind of gentle giant who loves to be scratched behind the ear and hugged. 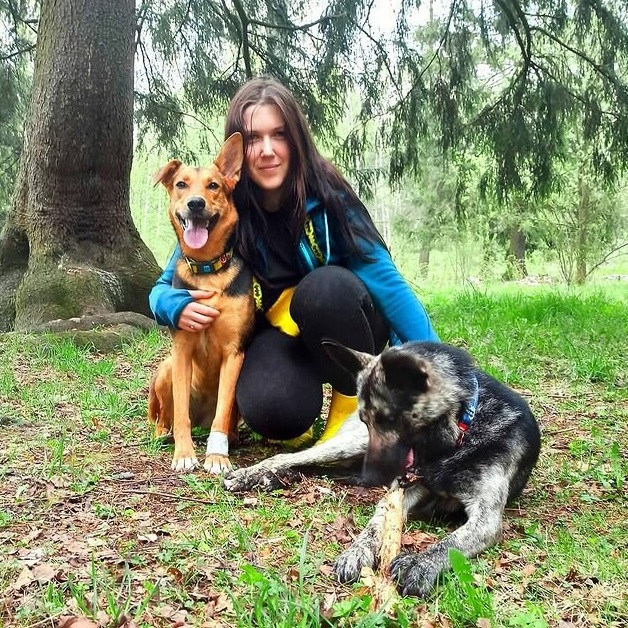 Despite such different characters, the dogs were able to make wonderful friends. Doggies behave well in the apartment and do not misbehave at all, because they spend a lot of time in nature.

This is how the couple rescued two wonderful dogs and brought even more joy into their lives.