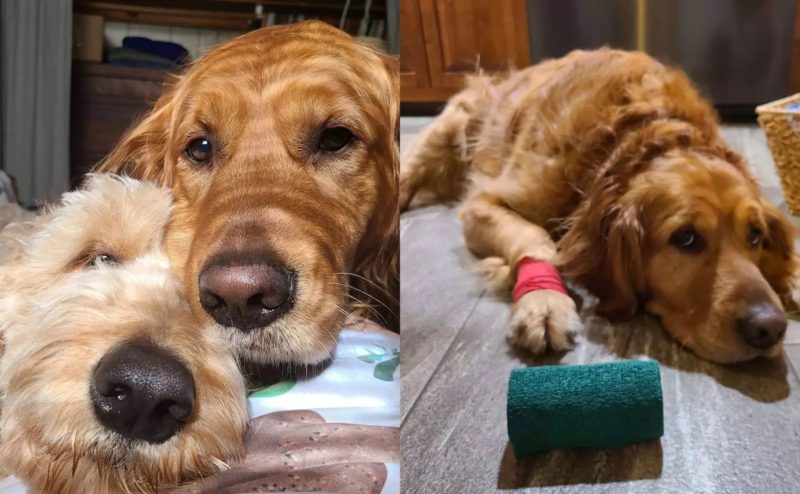 Until the golden retriever Mabel was three years old, she lived a happy life as the only dog ​​in the family.

But the two-legged parents decided to break the idyll, and one morning they brought a dog named Milo to the house. 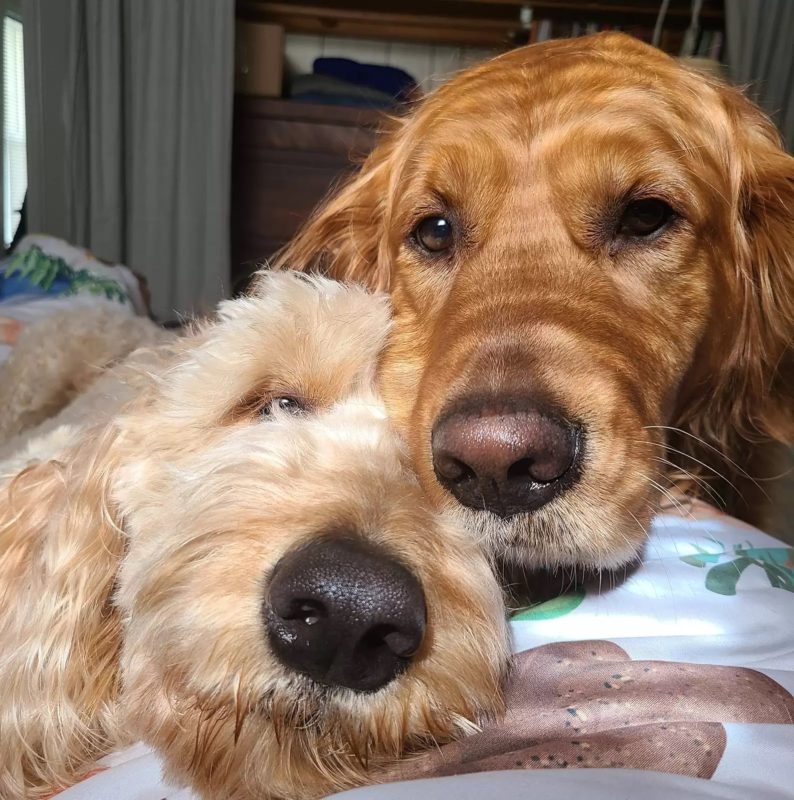 Suddenly, the dog had to share the attention and care of the owners with his younger brother. Mabel wasn’t too happy about that, and neither was Milo.

“They both get really jealous if they see the other one getting too much attention. I try to take care of them the same way, so if I do something for one, I immediately do it for the other.” Carrie Bartsch, dog owner, said. 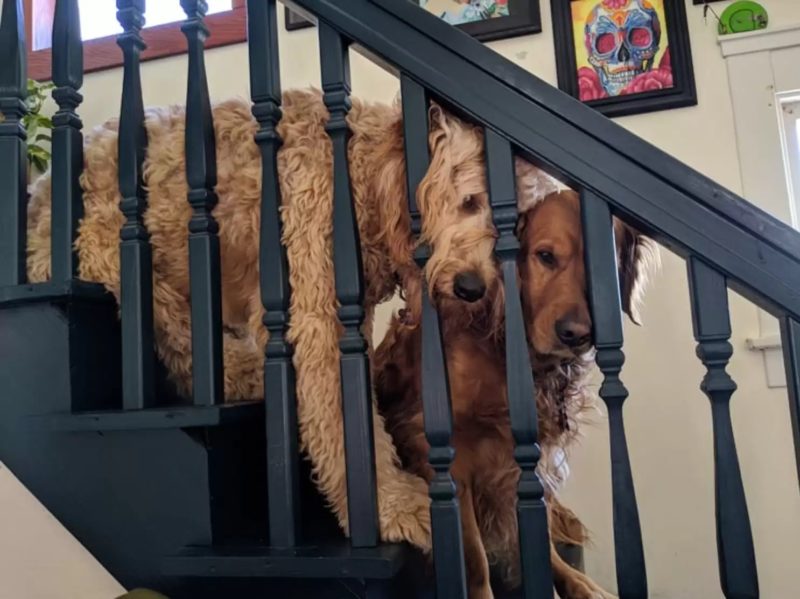 Despite jealousy, the dogs love each other and enjoy spending time together.

However, a good relationship does not prevent them from doing their best to win as much parental care as possible. And recently cunning Mabel found an ingenious way to do this.

Last week, the tailed siblings went for a walk and Milo hurt his paw.

“We were already on our way home and the dogs were doing their typical ‘fight on the run’, but when they stopped, I saw blood on the snow. I realized that Milo hurt his paw.” Carrie said. 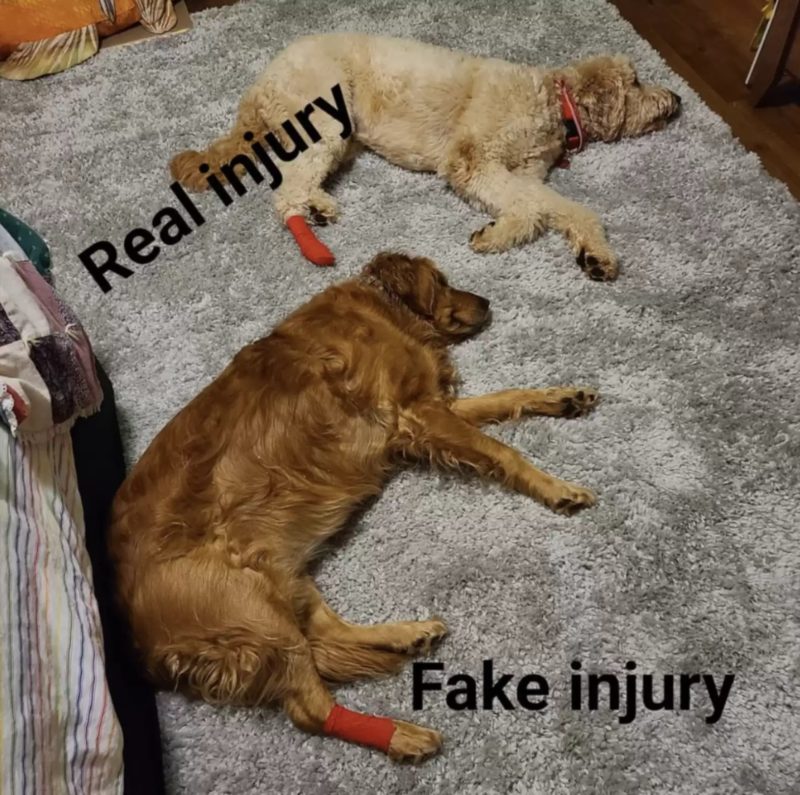 She realized that the wound was drawing additional attention to her brother, so she decided to pretend that she, too, was injured. 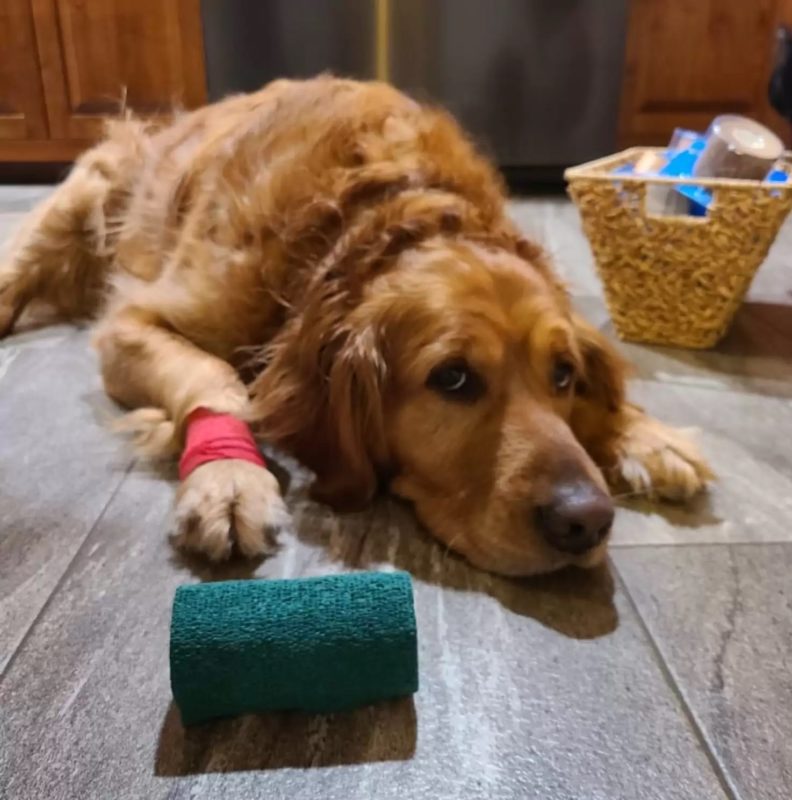 As Carrie began to change the bandage on Milo’s paw, Mabel plopped down in front of her to have her bandage her furry, supposedly injured limb. The owner laughed, but satisfied the desire of the cunning pet. Now, every evening, a woman takes care of two wounded at once, one of whom is a malingerer.

The man was going to sell his car in order to save his beloved dog, but caring strangers helped him
Animals
0 356