A golden retriever named Yami lives in the Chinese city of Zhengzhou. 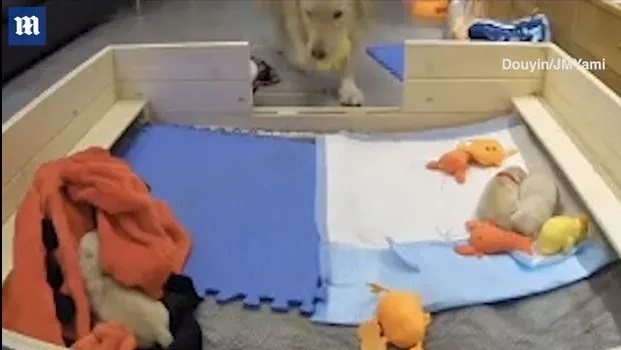 Yami recently became a mom. So far, the dog does not have enough experience in caring for puppies. But she is very worried about the condition of her babies and is trying with all her might to prove herself as a good mother, guided by instincts and intuition.

A video surveillance camera installed in the house recorded Yami’s reaction to the crying of her cubs.

In the video, she is bending over the puppies, trying to figure out why they are crying.

Lu, the owner of the dog, said that in the first weeks, the newly-made mother fed the babies in a semi-standing position, so as not to suddenly crush them with her weight. 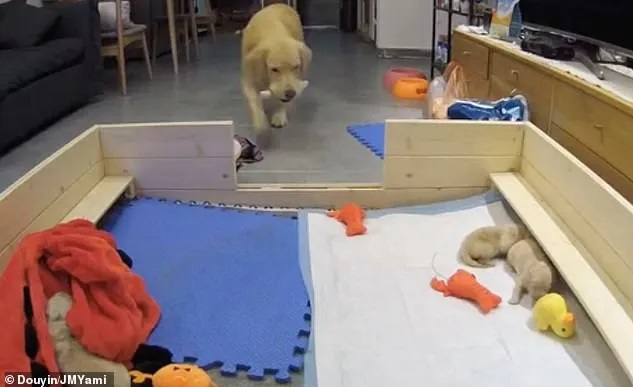 One day Lu noticed that Yami had brought a soft towel that she had stolen from the kitchen into the babies’ box.

She tried to cover them with a towel to protect them from the cold.

It was then that Lu decided to install a camera in the room to observe the pet’s behavior.

When the puppies began to whine pitifully, Yami brought her toys, which she pushed persistently towards the little ones to comfort them.

Lu published a video on the Internet. And many users of the network admitted that they understand the four-legged mother, because they themselves went through all these experiences.

According to them, mothers of newborn children are sometimes ready to burst into tears from helplessness. But the thought of the well-being of the baby and a sense of responsibility always give strength and patience.

Woman has been eating only fruits for 7 years and does not brush her teeth, see how she lives and looks now
Interesting News
0 369