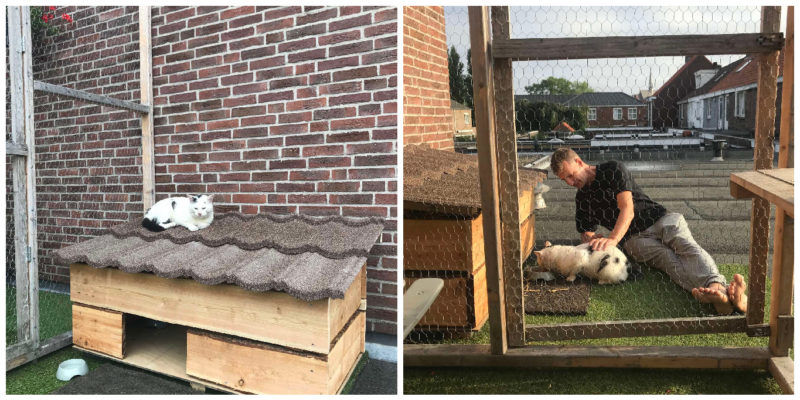 Renee and her husband have a small house, and outside there is a catio – a personal amusement park for their cats, Jerry and Loki.

Once, the hosts noticed that a new guest appeared near their catio. 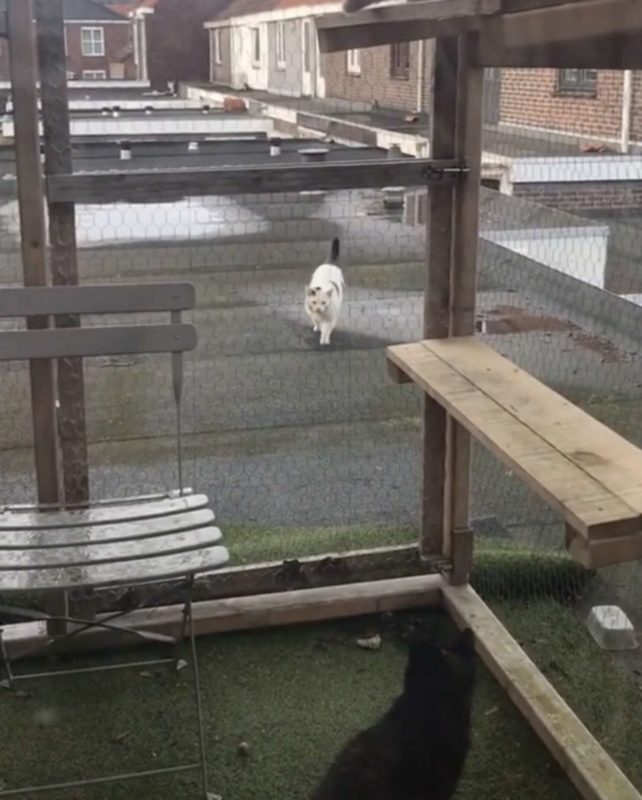 A white cat with a black tail began to often look into Renee’s yard.

As soon as Renee and her husband found out about this, they gave the cat a name – Ziggy. 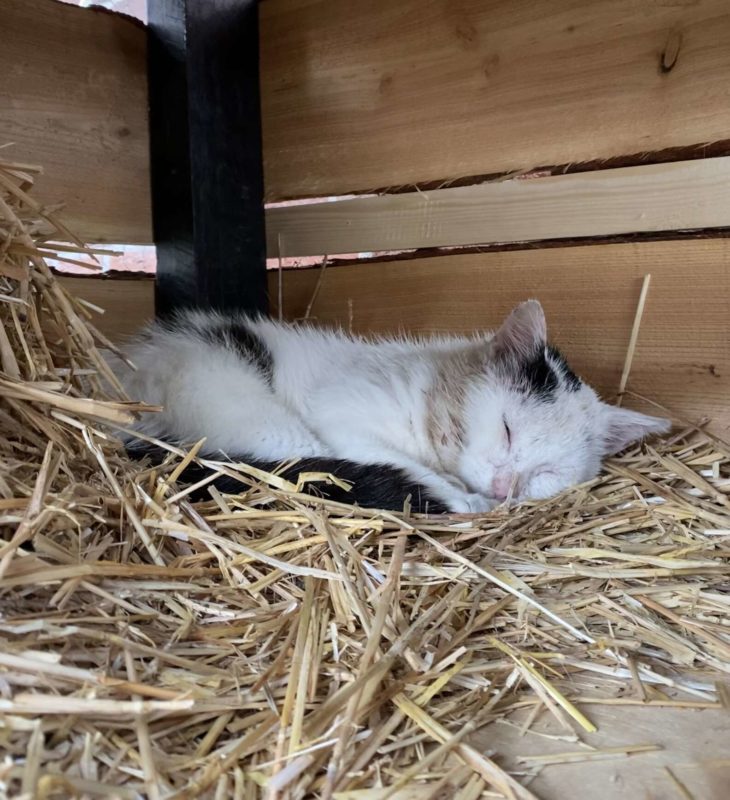 And they decided by all means to win him over.

They left bowls of treats for the guest near the catio.

But at first he was on his guard: he came, ate all the food, but as soon as he saw people, he hid in the bushes, not allowing himself to be touched.

But the owners did not despair.

Renee and her husband decided to build a cozy, warm house for Ziggy on the spot where they left the bowls for him.

They moved the bowls to the wooden house and waited for Ziggy to realize that this was his new home.

Ziggy appreciated the gift and settled under the slate roof near the catio. 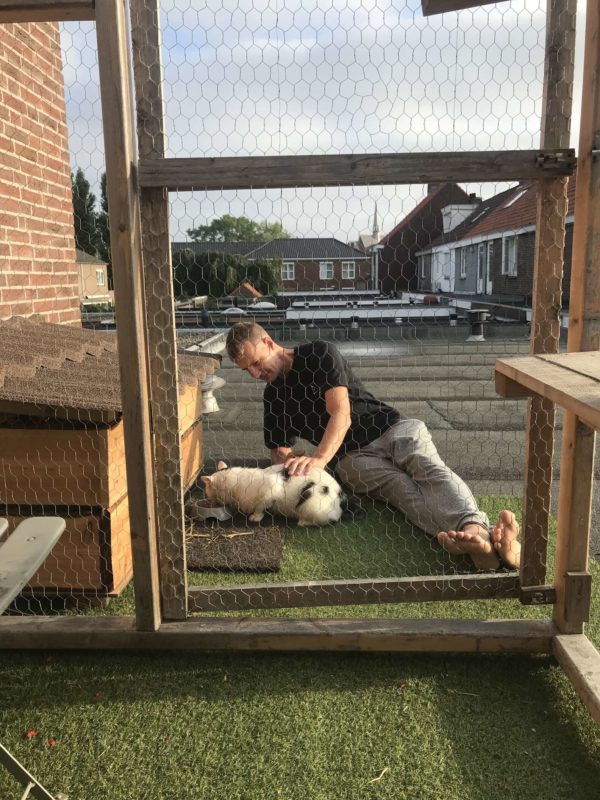 The couple were still discussing whether to take the cat into the house by force or wait until he completely begins to trust them, but fate decided everything for them.

Once they found Ziggy inside the house, curled up in a ball and trembling.

The cat was injured. 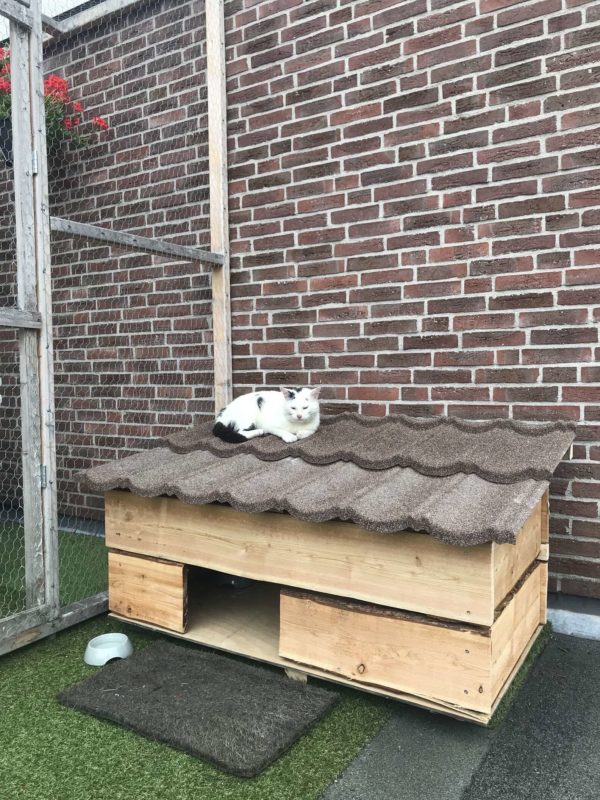 They took him to the vet.

After a complex medical intervention, there was no question of returning the cat to the street.

He was given a separate room until he recovered.

The rest of the cats reacted with understanding to the newcomer. 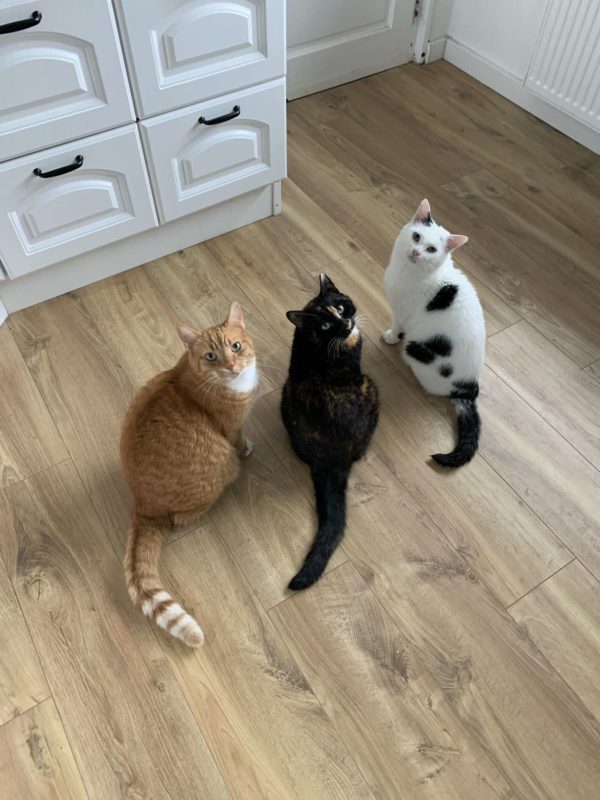 So Ziggy became a full member of the family: he can now use the catio with older cats and live in the house if he wants.

Couple converted a sprinter van into a tiny home, and use it to travel around Canada and foster vulnerable dogs
Animals
0 188

After her husband’s death, the old woman has no greater joy than the dog that helped her survive the grief
Animals
0 132