The rescuers of The Fox Project found a red little fox beside of the road in Turnbridge Wells.

The fox, named Cropper, was in a crucial condition, his injuries were so serious that they couldn’t release him to the woods, otherwise, he would die.

But for the other hand, there was none to take care of this wild animal, so they had no other choice but to put him down.

Fortunately, a wonderful man, Mike Trowler, appeared, who took the poor animal to his house.

Cropper was not only injured, but he had a serious illness, as well. And the retired engineer had to deal with him very carefully and patiently. 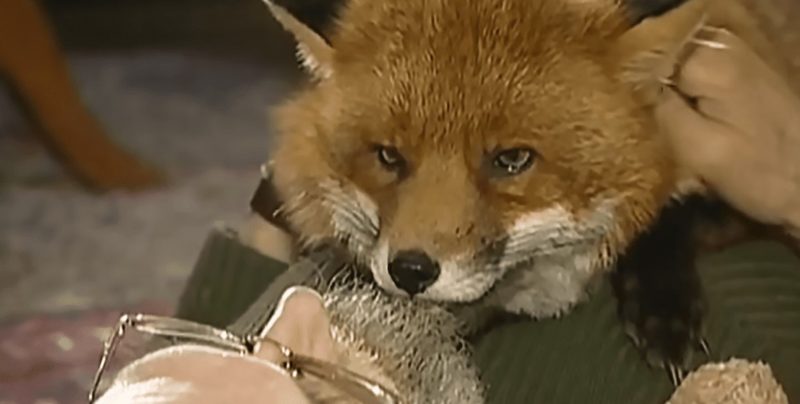 Mike managed to nurse Cropper so, that his health get improved very soon. He was attached to the wild animal so, that he consider Cropper as a member of his family.

Cropper became Mike’s best friend, they spent their time together, they went for a walk every day.

The fox was for him like a pet. He gave him his love, care and affection.

Cropper was very energetic, he liked to steal food from Mike’s dog’s plate, to play with the  cute cats and to curl up with his beloved human.

Their incredible friendship, unfortunately, ended one day, when Cropper, after 6 happy and joyful years of living with the lovely family, passed away.

Mike thinks that wild animals shouldn’t live at home as pets, but there are some inevitable cases, when they have to receive human’s support, otherwise, they will not survive in the wilds.

He warns that to foster a fox takes many endeavors and big patience and understanding.

Watch the lovely video with this beautiful friendship here:

Kind-heartad man finds a feral cat left by people and begins to tame him again: see the video
Interesting News
0 104