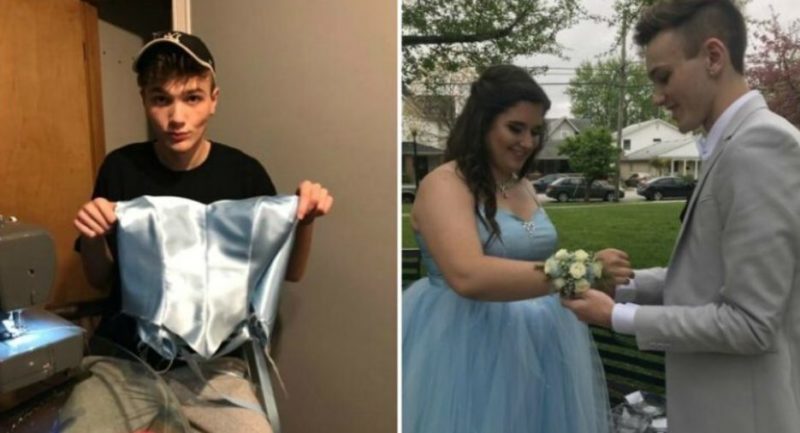 All girls want to have a beautiful dress for graduation. However, not everyone can afford it.

Adelaide Rust had no money for a prom dress. Therefore, she even thought about skipping the solemn event. But her boyfriend came to her rescue.

Once, she jokingly suggested that a friend named Parker sew her a dress. Both laughed, but the guy decided to actually create an outfit for Adelaide with his own hands. 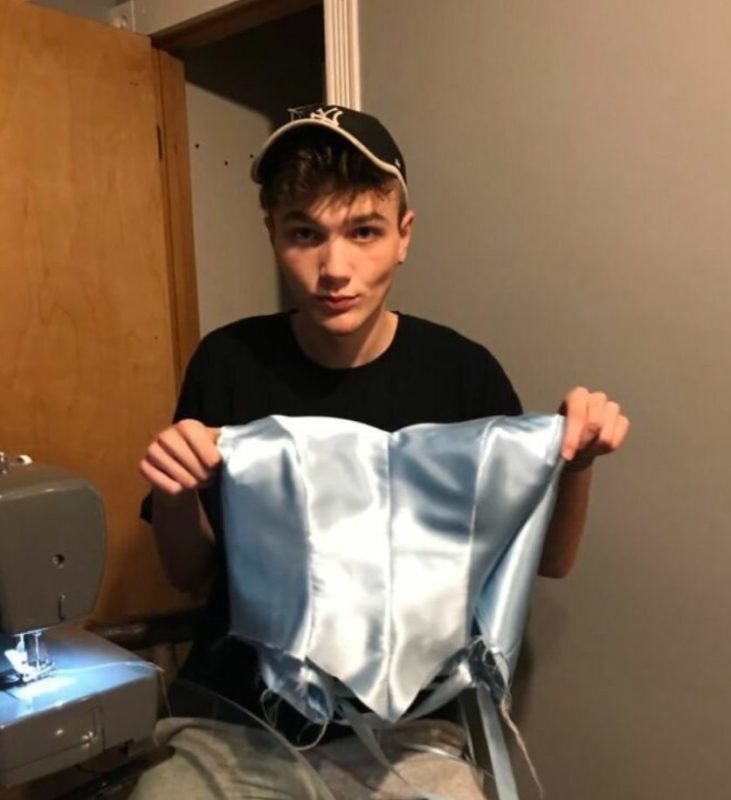 Parker made a sketch, bought fabrics, and began to learn the art of sewing from his grandmother. It should be noted that before this incident he had never sewed. Previously, the guy did not even know how to sew dresses.

But that didn’t stop him. A few months of hard work and the dress is ready. 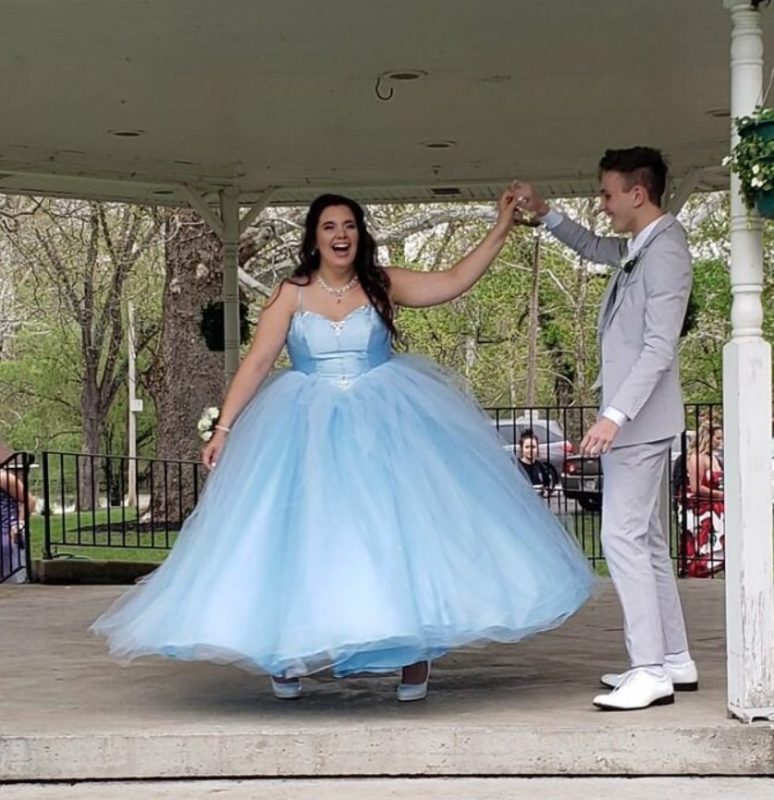 For the first work in his life, it turned out just brilliant. When Adelaide saw what Parker had done for her, she couldn’t believe her eyes. Yes, his grandmother helped him, but he made most of the dress himself.

Parker posted graduation photos on his Twitter account. Adelaide’s outfit received a lot of positive comments. The guy was advised to continue sewing. After all, he seems to have talent. 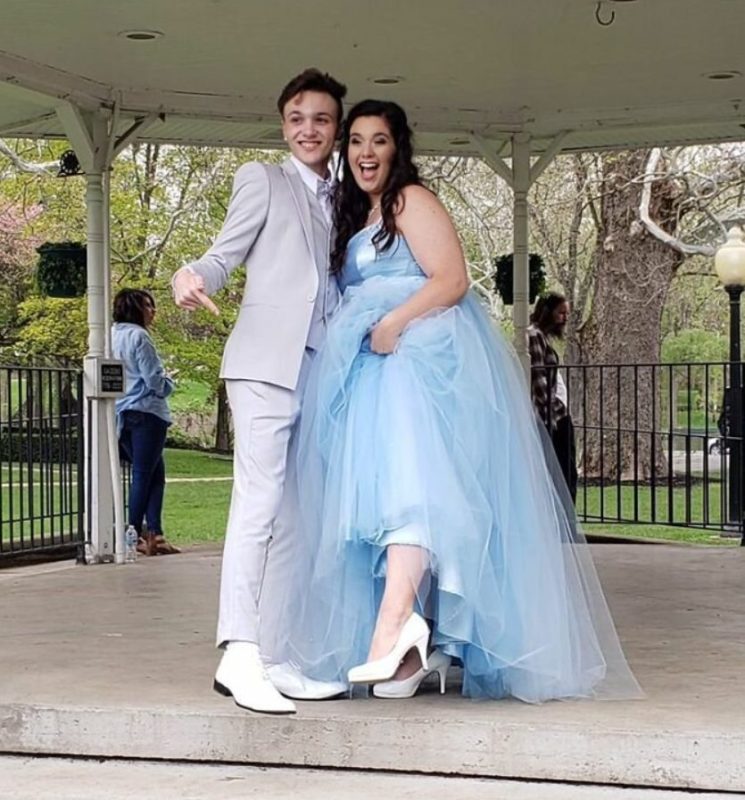 Adelaide was glowing with happiness at the graduation. Until a few months ago, she thought she would miss it. But her best friend handcrafted the dress of her dreams for her.

Man asks his pregnant wife to pose by the ocean for a photo, they were stunned to see what was in the background
Interesting News
0 308