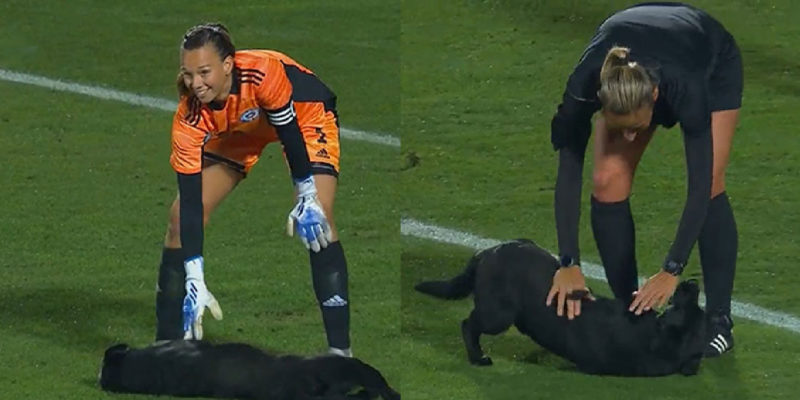 A week ago, spectators and players of the match between the women’s national soccer teams of Chile and Venezuela witnessed the unexpected invasion of a very good boy into the stadium. 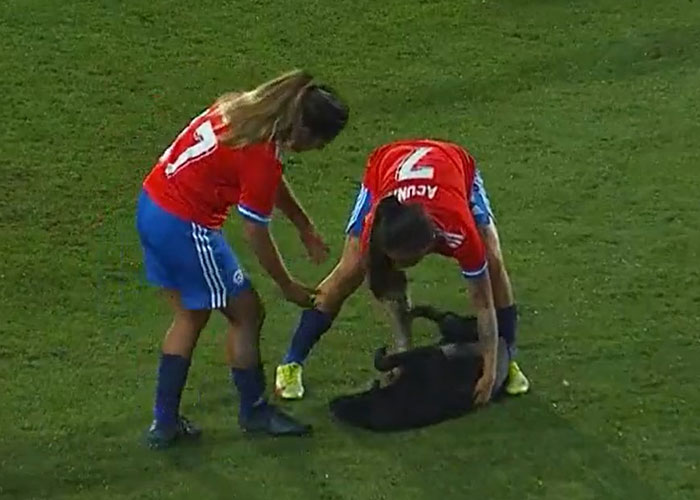 At 36 minutes into the game, the dog wanted to have his belly scratched and decided that soccer girls were perfect for it.

First, the dog went to the goalkeeper of the Chile national team Christiane Endler: he fell down in front of her, showing his belly, and began to wait for rubs. 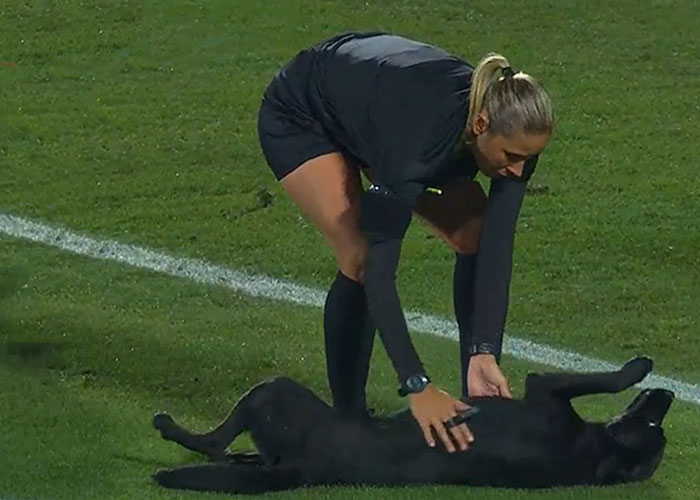 The girl gladly paid attention to the dog. And as soon as he was satisfied, he got up and ran to the judge to get some more belly rubs.

A small group of players tried to catch the tailed trickster, but every time he eluded them. 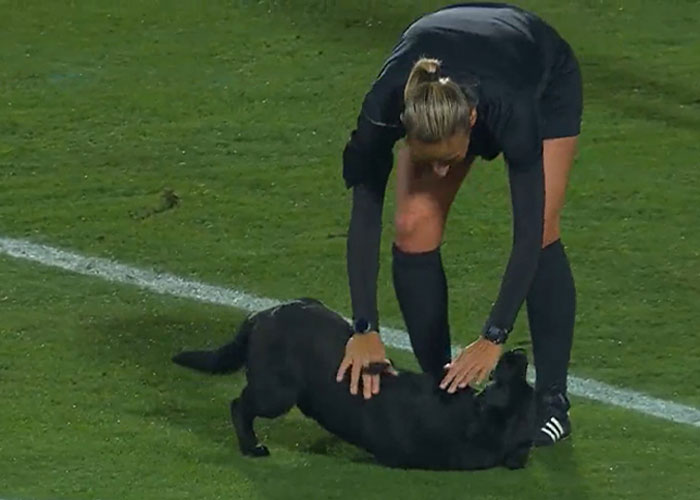 This continued until the two Chilean soccer players teamed up and carried the dog off the field.

He didn’t seem to mind much, as he was calm and wagging his tail.

The match ended 1-0 in favor of Venezuela. 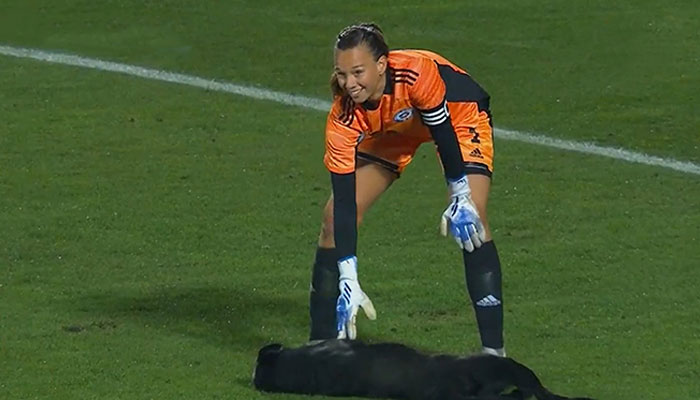 But the restless lover of belly rubs made all the players feel like winners, because he raised their spirits.

The dog’s hilarious run across the field was captured on video and posted to social media, where it instantly went viral, getting many views and comments.

Stray cat comforts an abandoned puppy, who is waiting for the return of the owners
Animals
0 202