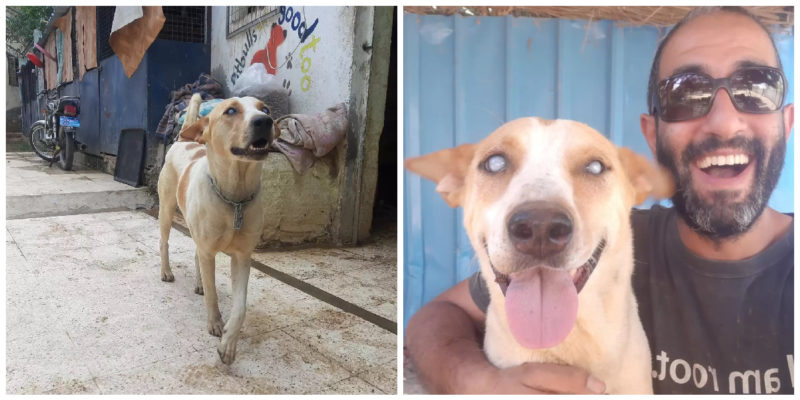 Ahmed Embaby has been a volunteer at the Furever Rescue Foster in Cairo for many years, but he has never had a friend as devoted as Arafa the dog.

He was taken from the street, where he, being blind, had a very hard time. 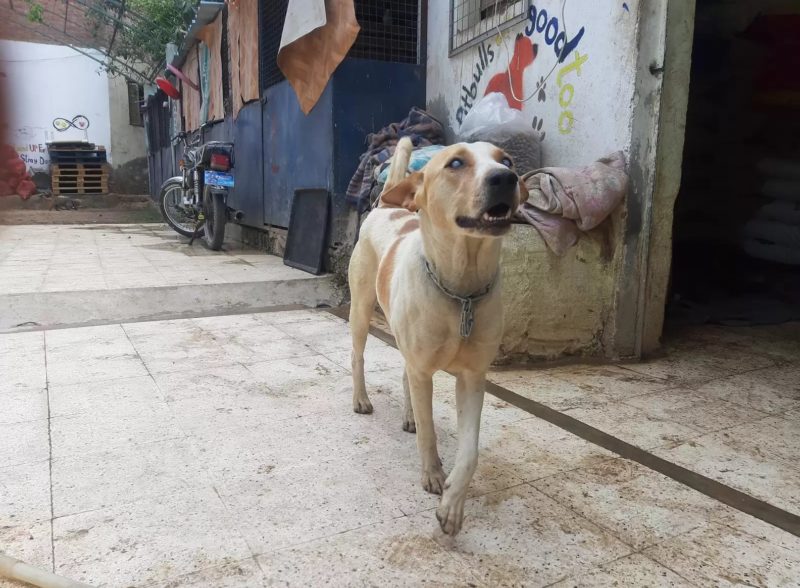 He is surrounded by caring and kind people, but it was Ahmed who became truly dear to him.

According to the man, Arafa follows him everywhere in the shelter – Ahmed calls him a “blind protector.” 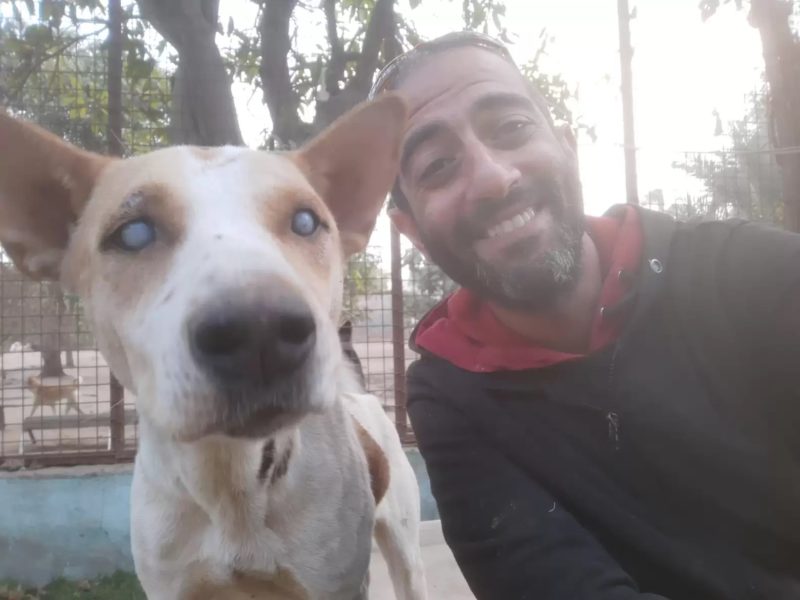 When a volunteer arrives at work in the morning, as soon as he calls out the name of the dog, the dog immediately runs towards him.

And although he does not see anything, he recognizes his beloved friend by the voice – and he is never mistaken!

“It is surprising!” Ahmed says. “I never cease to be amazed at the unbridled joy with which the dog greets me.”

This once again proves that the love of dogs is amazing and selfless.

Although Arafa’s eyesight will never be restored, the dog’s emotional and physical condition has improved significantly since he entered the shelter.

He never ceases to thank the volunteers for his rescue and care – and especially his best friend Ahmed. 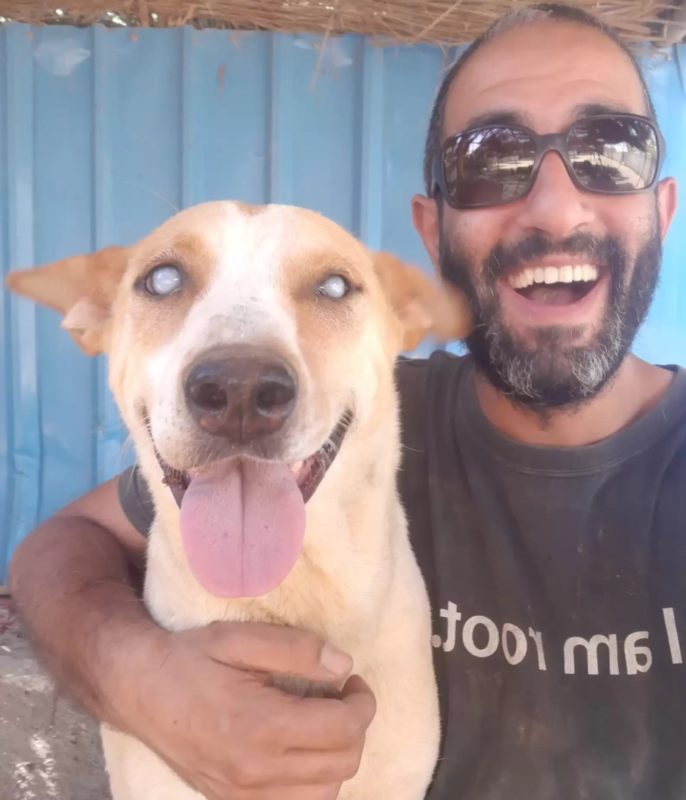 The shelter does everything to find a new home for the dog and loving owners.

But this is not easy to do, because few in the city are ready to take responsibility for a blind dog.

And yet, Arafa is happy – while he is stroked by the gentle hands of Ahmed.