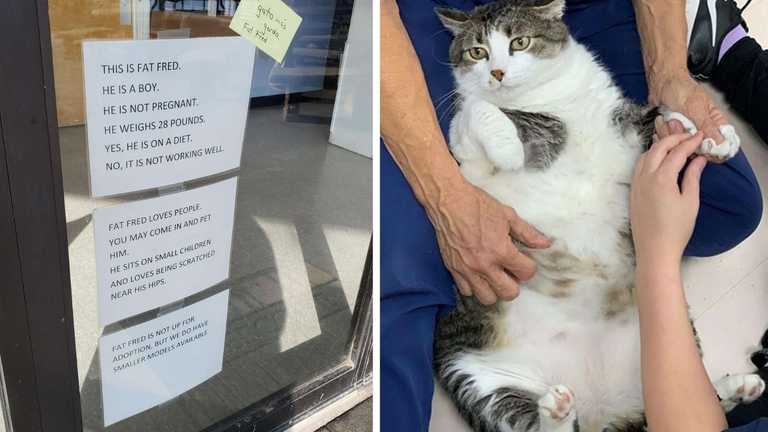 A burly fat cat named Fred does nothing but rest, living in a veterinary clinic for animals in Louisiana.

A little confusion began among the visitors of the hospital, because it is simply impossible not to notice a well-fed baby, but his fat can be misleading…

Fred is owned by a veterinarian named Marcia Riedel. She took him from a local shelter when he weighed 29 pounds!

And soon the new mistress found out that the cat’s love for people is even bigger than his waist.

The veterinarian noticed that Fred really enjoys wandering around the clinic and meeting visitors with an official look. 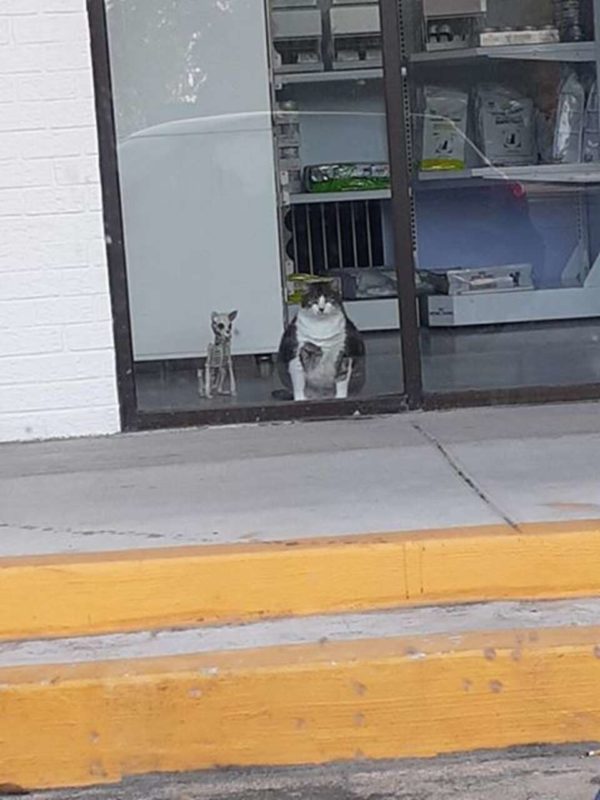 But just living in the house of the mistress and waiting for her to come home from work is boring for the pet.

The fat cat is sure that he was created in order to greet people with an important look.

“Fat Fred believes that people are meant to give him food,” says the owner. 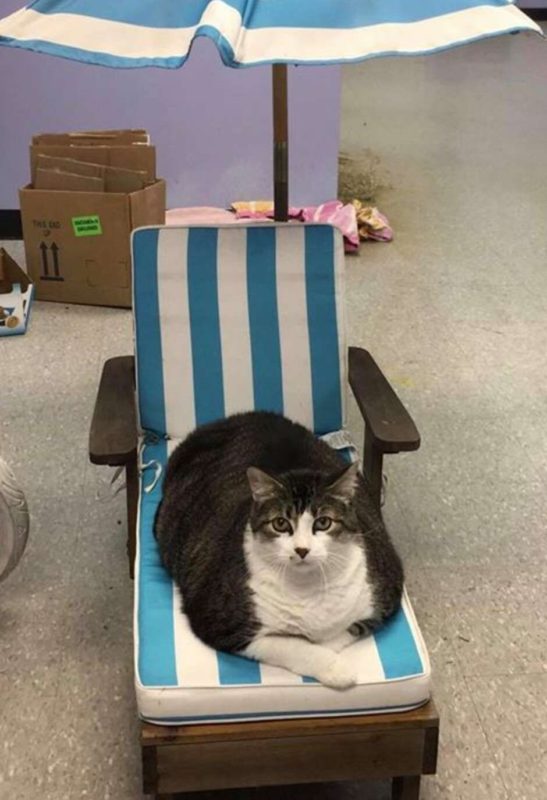 Mr. Fred loves to sit right in the doorway, drawing everyone’s attention with his outstanding figure!

By the way, most people consider a cat… Pregnant!

The owner of the cat, Marcia, had to hang a sign with explanations on the window where the cat usually sits. 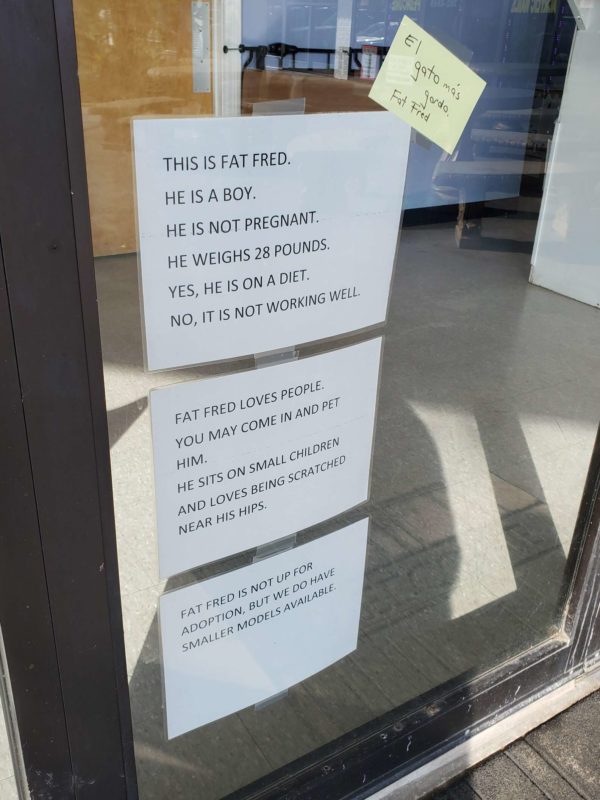 “If Fat Fred could read the sign, he probably would have written that he is not on a diet,” his owner jokes.

But do not think that the girl does not care about her pet. Thanks to her, he has already lost weight to to 25 pounds. Despite being overweight, Fred is completely healthy, and he is also very agile.

The cat has an incredible hearing – he can hear a piece of food falling from a completely different end of the clinic.

In South Africa, an incredible incident took place that reminded eyewitnesses of a scene from the popular movie The Lion King
Animals
0 343