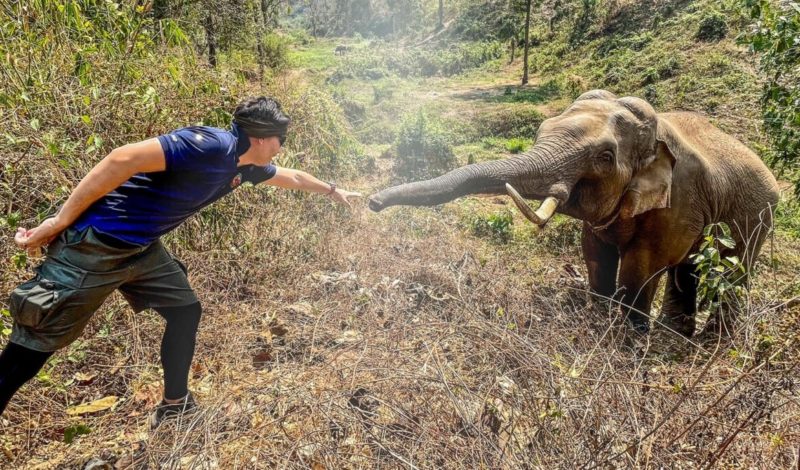 Veterinarian Pattarapol Manee was making his way through the dense thickets of a nature reserve in the jungle of Thailand when he suddenly heard the quiet cry of an elephant. 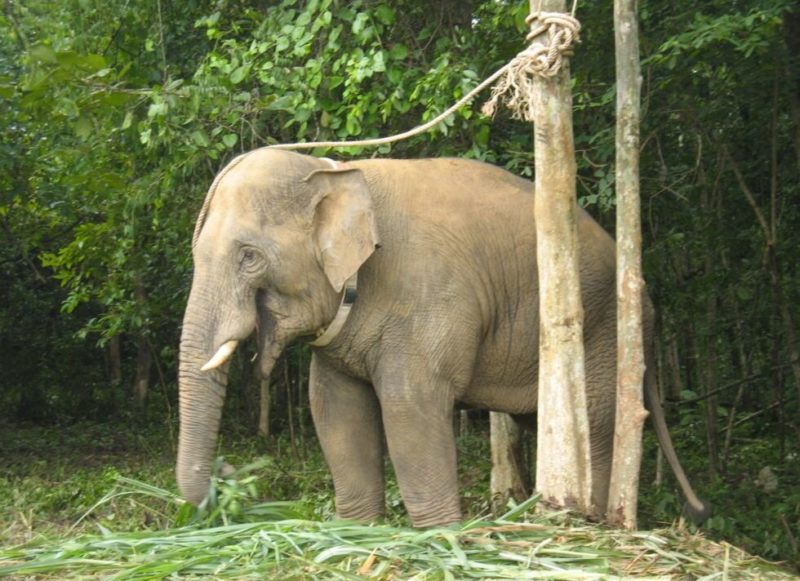 The man immediately recognized the voice, because 12 years ago he treated its owner, named Plai Thang.

Each animal has its own sound, although it may seem to an ordinary person that they are all the same.

This is why veterinarian Pattarapol Manee recognized the former patient immediately.

When the man finally saw the elephant in front of him, he beckoned him.

The animal took a few steps towards, and then extended its trunk to the veterinarian. 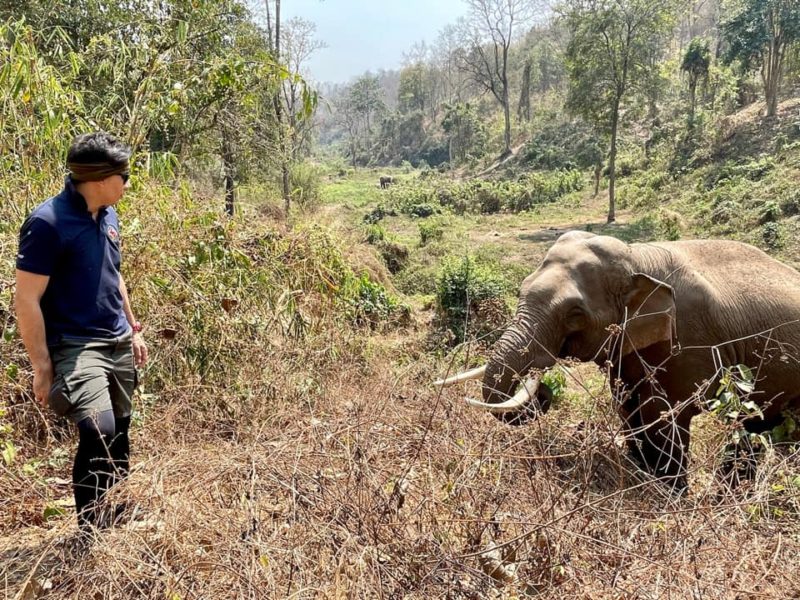 According to Pattarapol, Plai Thang recognized him.

For the first time, Pattarapol saw Plai Thang in 2009.

Then the elephant was found in serious condition in the forests of Rayong.

The animal was diagnosed with trypanosomiasis or sleeping sickness.

It is caused by parasites of the Trypanosoma brucei species carried by the tsetse fly.

In addition, the baby elephant suffered from a variety of painful symptoms – fever, iron deficiency, conjunctivitis, swelling of the face, abdomen, neck and stiffness of movement.

Plai Thang was very aggressive. He was weak and could not confront other elephants.

“The treatment was long. But during this time we were able to find out what smart animal we are dealing with,”
– remembered Pattarapol Manee.

The elephant was then taken to the Forestry Department’s Wildlife Sanctuary in Lampang Province, where they continued to look after him.

After 12 years, the elephant has not forgotten the veterinarian who saved his life.

“An amazing and very personal moment… It was for the sake of such moments that I chose this profession,” added Manee.

The tallest man in the world became a dad: everyone wonders what the man’s son looks like
Interesting News
0 84

The bus station opens its doors for stray dogs, makes beds to protect them from winter so that they have a warm place to sleep
Animals
0 560