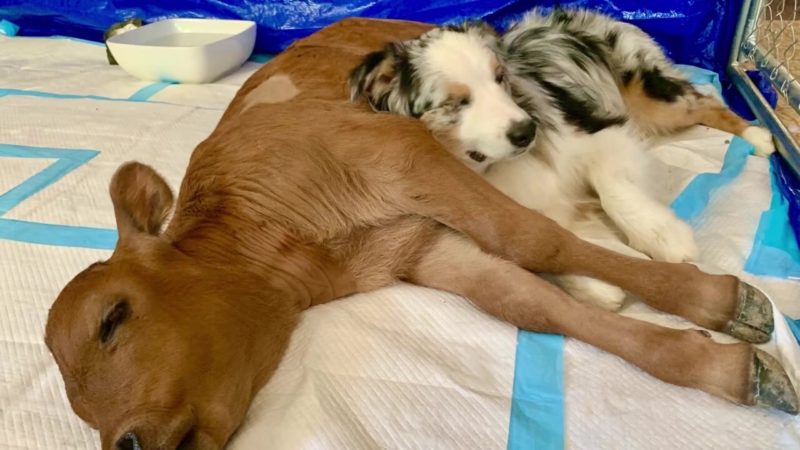 A nice couple, Jay Weiner and Ellie Laks from Santa Clarita, decided to adopt a calf, whose mother was sold to the local slaughterhouse.

The kind pair saved the life of the poor creature, who could share the same fate as his mom.

Unfortunately, the baby cow, named John Lewis Thunderheat, had pneumonia and was in very bad condition. He was coughing, had a high temperature and breathed hardly.

Though the calf regularly received medical care,  the desperate couple didn’t hope he would survive. 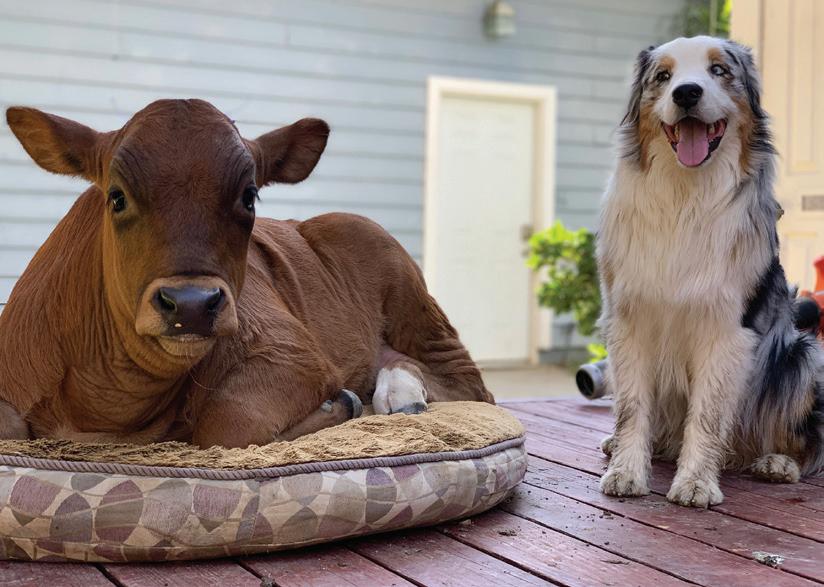 Fortunately, the strong baby cow got gradually better, but with the help of the family’s adorable dog, Sky, who was all the time next to Lewis comforting and caring him on his own way.

Sky befriended Lewis, as soon as he met him. This Australian Shepherd was licking his new friend, cuddling him, cleaning his mouth. 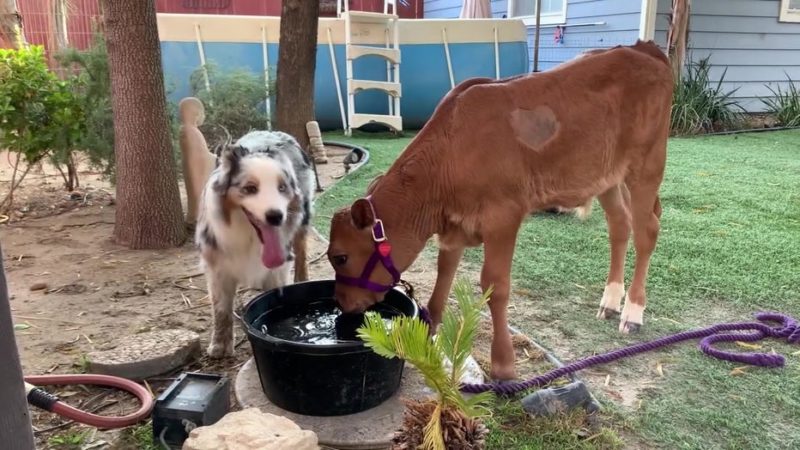 He was so caring and concerned with the bad state of his friend and was ready to do everything in his power to help him to recover. And thanks to Sky, the orphaned calf soon recovered fully.
Now, the healthy and strong calf is ready to play with his protective angel, who literally saved his life. They were inseparable friends.

This adorable duo spent their time together, chasing each other in the yard, like little babies.

Though they both belonged to the different animal species, anyway, they could understand each other and love each other. Their special bond was just incredible.

Watch the unique relationship of these wonderful duo here:

Animals 0 26
In the UK, a dog has been awarded a medal for helping its owner,

One and only albino dolphin in the entire Eastern Pacific Ocean is back, and it’s hard to believe it’s real
Animals
1 3795

During a family vacation, a 4-year-old boy goes out to play and later brings home a baby deer he made friends with in the forest
Animals
0 268