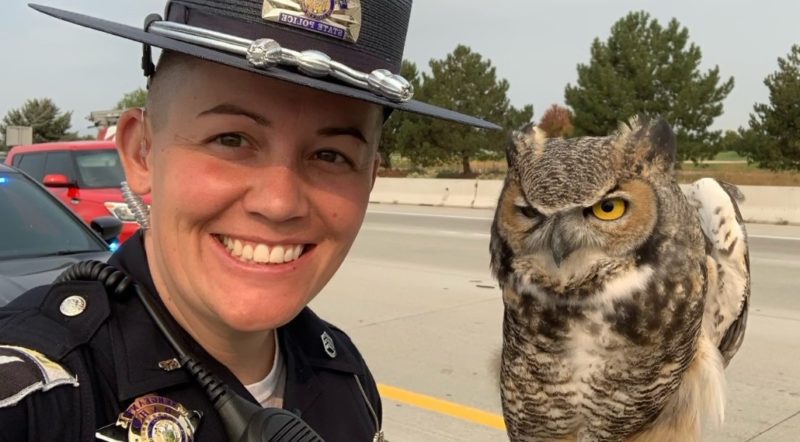 A great horned owl was saved thanks to caring police officers and volunteers.

In Nampa, Idaho, on a busy highway, people spotted a frightened owl that couldn’t fly because its leg got caught in a plastic bag. Caring people decided to call the police to save the poor bird. 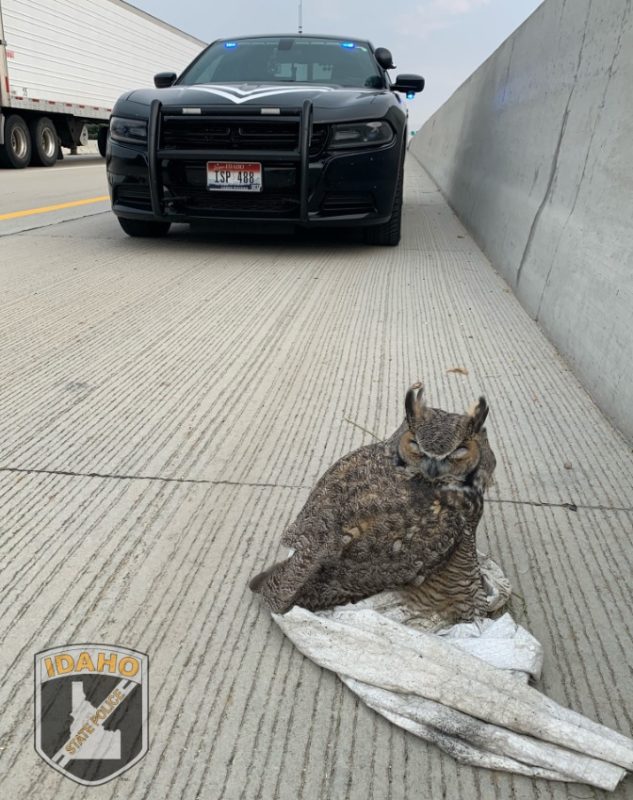 Officer Brandalyn Crapo arrived to help. Great horned owls are not uncommon in the United States, but during the day they are almost impossible to spot. Officer Conor found a bird stuck in a plastic bag.

She parked her car so that passing cars couldn’t harm the bird. Then she called the rescuers and while she waited for the arriving volunteers, she covered the owl from oncoming traffic in every way to reduce her fear.

Some time later, wildlife rehabilitation specialist James McKinley arrived to try and save the bird.

She explained that most likely, during the night hunt, the owl mistook the bag for prey. And when she decided to pounce on the prey, she caught her foot on the bag and ended up stuck. 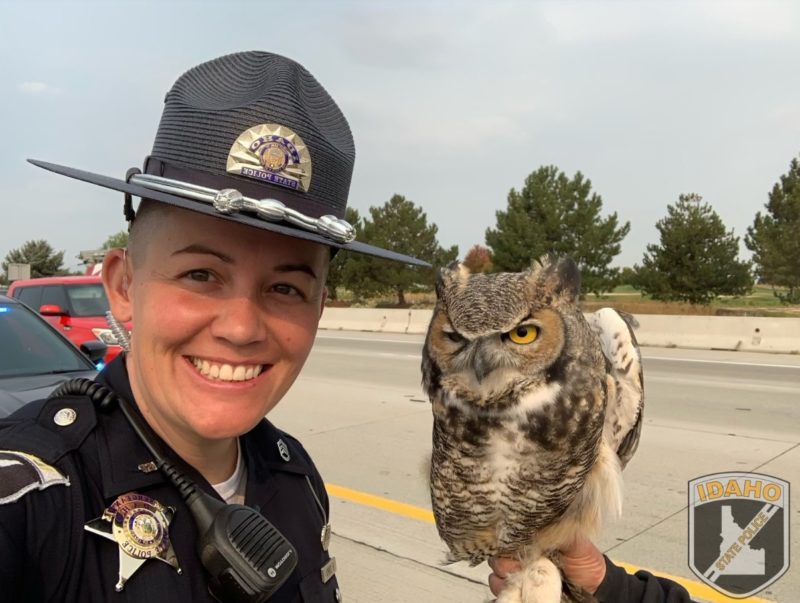 McKinley managed to save the owl and, fortunately, the bird was not harmed. Officer Crapo took a photo with her rescue as a memento, and then the bird was released away from a busy highway.

Kudos to the officer, volunteer and caring people, thanks to whom the bird was saved!

Meet Quenda, cat with unusually long legs that has left the Internet in tears
Animals
0 189